I don’t know what you’d call those nubby extensions  coming off a tree trunk where a branch used to be attached to many years ago… but this week’s Saturday Squirrel is quite curious to see what he can find inside this wooden ring.  He’s really got his nose in there.  You know, it almost looks like…… well……… a tree butt……. 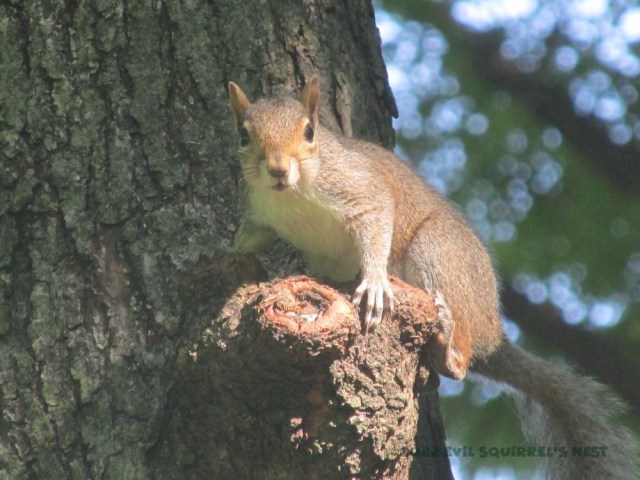 Hold on to your 1985-style orange life preservers, folks… because the WABAC Machine is going waaaaaay back this time.  All the way back to August 11, 3114 BC!  This is the date, according to the ancient Mayans, that the world we know now was created.  That would be 0.0.0.0.1 on what we refer to as the Mayan Long Count calendar.  This is the calendar that had a rather infamous odometer rollover on December 21, 2012 with the start of the 14th bʼakʼtun, the fifth number cycle in the count.  Because the Mayans had believed the previous “creations” of the world had ended after 13 complete bʼakʼtun cycles, the date 13.0.0.0.0 on 12/21/12 caused all of the conspiracy theorists out there trumpet that date as the end of the world…

Oh, fuck! The Mayans were right!!!

But as with all apocalypse predictions, it wound up being just a bunch of bunk.  Surely, one day the doomsayers will be right….. but there’ll be nobody around to congratulate them for a correct prognostication.

Now it’s time for The Nest to share its world before it really does end.  Unfortunately, we won’t be doing that will usual hostess Melanie’s questions this week, as she’s been absent from her blog since at least last Thursday.  I echo everyone else’s sentiments in hoping that everything is OK with her.  In Melanie’s place, Pensitivity (Not to be confused with old school Nest follower The Pensive Squirrel) stepped up to provide the grist for this week’s SYW mill….

When you’re on holiday, do you prefer self catering or a hotel/B&B? 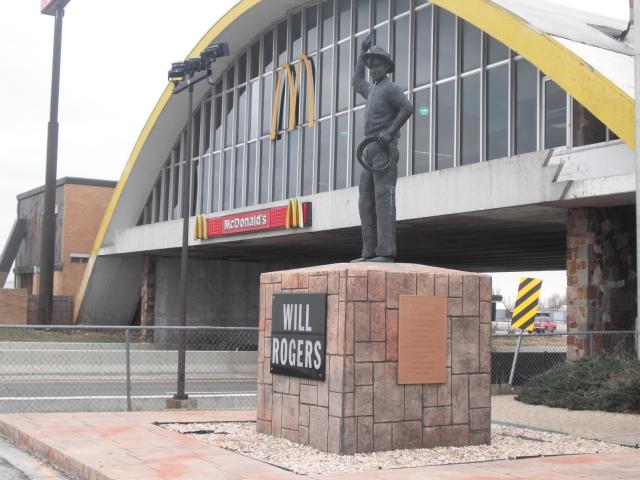 McDonald’s. It’s everywhere you want to be…

Do you have a favorite meal you cook for yourself or order when out?

Nothing beats a classic hamburger or some good ol’ fried chicken.  And they’re both mostly easy to make/find….

In the current fuel crisis, have you made a conscious effort not to use the car unless absolutely necessary?

I drive about 50 miles per week, most of that to and from work.  If I used the car any less, it would grow roots in my garage.

I have great timing, though.  When gas prices were at their apex in late June, I had to fill up… then watch the price drop like a rock until it was about 80 cents cheaper per gallon when I next had to get gas three weeks later.

If you were to compare yourself to a plant, what would you be?

No, don’t answer that, Fuzzy!

I’m like a dandelion.  Just trying to be myself and survive in a world full of dull looking grass, but everyone hates me because I’m considered a weed.

If it’s pretty, it’s a flower.

In honor of the creation of the universe…. 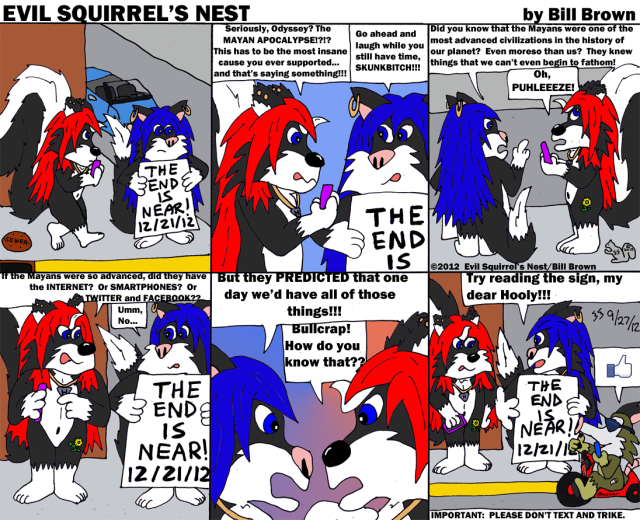 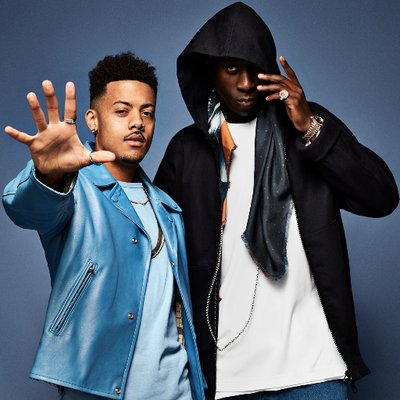 The Nest has dedicated this month to the songs that helped stock a thousand shelves.  It’s

There are three periods in my life when the music on the radio was so good that it actually makes me nostalgic for the feel of that era.  One was obviously the mid-80’s.  From 1983-87 in particular.  I was a kid listening to Top 40 radio and watching a lot of MTV, and it’s no coincidence that so many of my DVA selections have hailed from those years.

Another was 1998-99.  Between starting work at Mecca and a unique-for-its-time radio station called Mix 93.7, I came to tolerate and eventually outright LOVE so much of the music that was released in those final years of the millennium.

Then there was 2012-14, or as I like to call it, current music’s last stand.  Almost everything new on the radio at the time was gold, and better yet, much of it was worked into the Mecca CD’s that were playing at the time (Which led to me starting Mecca Muzak Monday on this blog in 2014).  And that’s where today’s selection comes in….

Nico and Vinz are a duo from Norway who originally recorded under the name “Envy,” but changed it to their nicknames when this single took the world by storm in 2013.  By the following year, it was all over US radio and made it up to #4 on the pop chart… making Nico and Vinz the first Norwegian artist to have a US hit that high since A-ha in 1985.

I liked “Am I Wrong” a lot when it was a staple of 106.5 The Arch in 2014 and simultaneously on the Mecca Summer ’14 CD.  Then, like new songs tend to do, it suddenly vanished and has only recently begun to get some occasional play on Mecca Radio.  After almost 7 years of not hearing it, I love it even more now.

Norway!!!!!  I’d have never guessed until I did my research for this post….

We’ll say “Hi!” to Neneh Cherry for you when we visit Sweden!

If you think this music is wrong wrong, then I’ll try to be right right next week with another Mecca earworm… 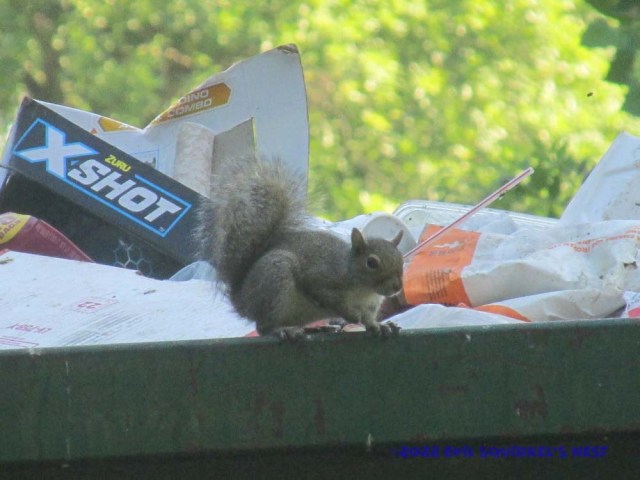 So magical and enchanted….. even inside a dumpster.

Ah, the power of a single well placed drinking straw.  It can turn an ordinary park squirrel into this week’s magical Saturday Squirrelicorn!

Don’t tell me! You’re going to give me a history lesson about the Saturday Evening Post!

It was just over two centuries ago on August 4, 1821 that one of the more iconic periodicals in American culture saw its first issue published, the legendary Saturday Evening Post.  It’s almost hard to believe the weekly magazine traces its existence back that far given that its glory days would not come until the early to mid 20th century.  The Post featured a calliope of material from news articles to fiction and non-fiction stories to cartoons to….. well, whatever.  Kind of like a certain blog did back before it only made three posts a week.

It also made a star out of artist Norman Rockwell, who was quite a bit more talented than that Evil Squirrel hack.

When you think of classic Americana, you think of Rockwell and his illustrations for The Saturday Evening Post.  But with the advent of television for the masses in the 50’s, magazine readership declined across the board, and the Post was one of the hardest hit in readership loss.  Beginning in 1963, it became the Every Other Saturday Evening Post (They didn’t call it that, but they should have).  The presses stopped “for good” in 1969, but The Post would not die and was relaunched as a quarterly periodical two years later.  You can now have The Saturday Evening Post delivered to your mailbox six times a year, or about 46 fewer Saturday evenings than there typically are in a year…

Now let’s return from the good old days of the Great Depression and World War II and answer Melanie’s questions for this week’s Share Your World feature!

Do you ever feel more excited about getting the package in the mail, rather than the item that’s in it?

Not really….. although, being a hoarder, I do save all those packages.  Seriously, there aren’t many packaging boxes I’ve ever had delivered to me that I don’t still have somewhere in my nest… 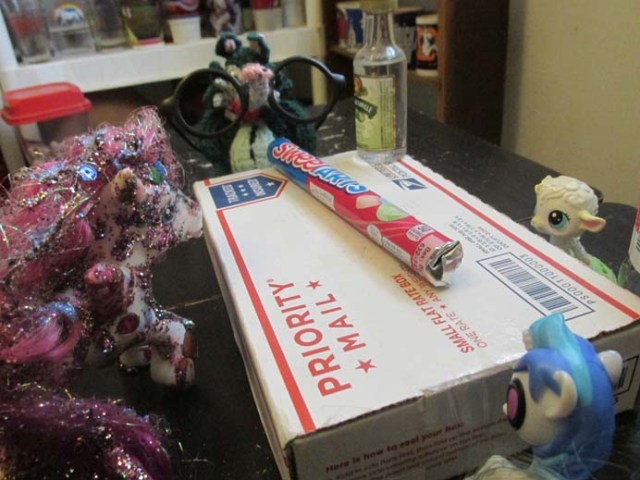 And they make good props for Shelf Critter Theatre.

What is the difference between your ideal self and your real self?

The main difference between my ideal self and my real self is a matter of location.  My ideal self lives in the ideal world which is not a part of the real world I live in.  I’m sure my ideal self is having a ball out there in that ideal universe where everything is hunky dory and peachy keen!  I’d also probably not want to know that guy…. 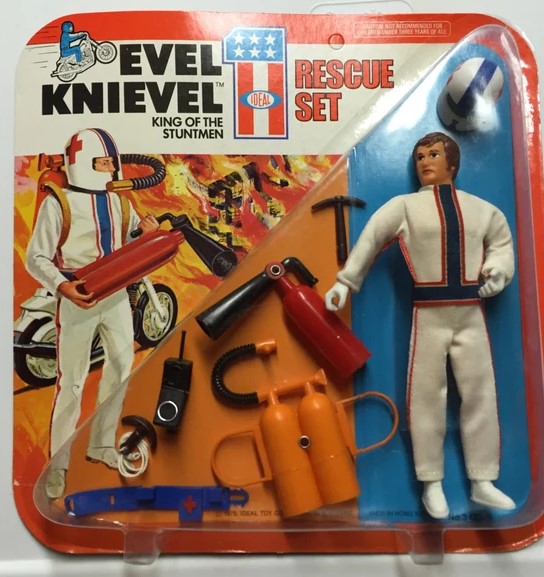 My ideal self is probably in his ideal world playing with this Ideal Evil Knievel rescue set. Grand Canyon not included.

If you found $2,000 on the ground and there were no witnesses, what would you do with it?

My ideal self would turn it in to the police…. no wait, in the ideal world, nobody would randomly lose $2,000 on the streets.  My real self would be keeping it, though I’ve never found more than ten bucks in the wild before…

I wonder who the owner of this money is…… NOT!

Are you ever morally obliged to take action? Under what circumstances?

That depends on what your morals are.  I’m not the biggest fan/believer in a set, common morality system that applies to everybody… so nobody should feel morally obligated to do anything they don’t want to. 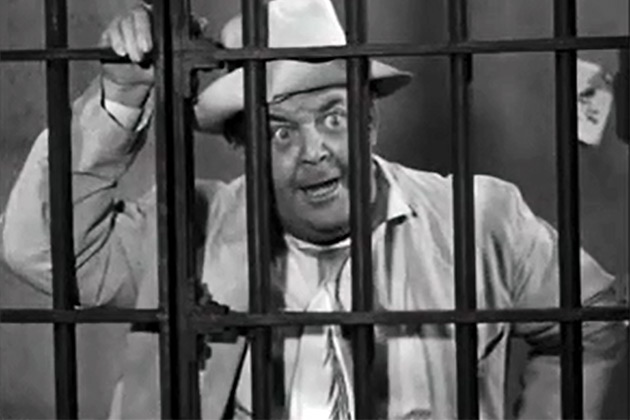 Damn right! Now let me out of here!!!

Please feel free to share how last week went for you.   Bright or not so bright spots?