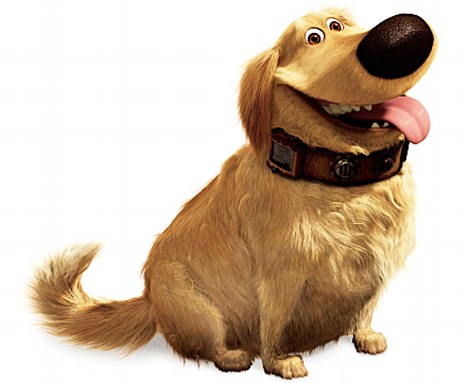 I’ve learned a lot from the blogging world since I started up The Nest a year ago, and even a lot about squirrels… or at least what other people besides me think about them.  I’ve found that, contrary to my previous opinion, they actually are generally liked by the public, at the very least for their cuteness.  I’ve learned that there are actually squirrels out there that will not head for the hills at the slightest hint that you are in the vicinity, especially with a camera.  I’ve also learned that the squirrel is the unofficial mascot of those with ADHD….

Never knew that before.  Hadn’t a clue.  Several of my blog followers you see on my sidebar I found solely because of this pop culture tidbit I was in the dark about.  Apparently, the universal sign of a person distracted is to yell “Squirrel!”  Some people even do it in their blogs.  It amuses me whenever I see it. 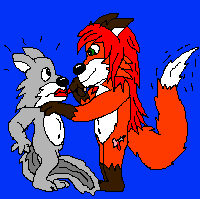 Not that I’m not already easily amused…

And as I found more and more blog posts where someone was shouting “Squirrel!”, I began to get more and more clues as to just where this whole catchphrase came from.  Of course, the big lug at the top of this post is responsible for the ADHD war cry.

That’s Dug the dog from the 2009 movie “Up”.  While I have never seen the movie (I know at least one of my followers was not even born the last time my derriere graced movie theater), I did know it contained a dog, and that the dog, like most dogs, was obsessed with squirrels.  I had no idea the goofy thing would constantly get distracted and yell “SQUIRREL!!!”

I need to get out more.

And it’s kind of funny, because while I’m not particularly hyperactive, I’m definitely easily distracted, and am so more often than not.  My attention is usually everywhere but where it belongs.  Which is good, since most inspiration comes when you least expect it, and without that this fine (ahem) blog would not exist.   My ever-present muse is also my #1 cause for being off in another world all the time.  It’s not particularly a great thing when the inspiration comes to me while I’m driving 60 miles per hour down the interstate at night when it’s raining… but luckily I have a great autopilot that minds the store when I’m checked out…

Tower, this is Flight 386! We’re cruising at an altitude of….. FLYING SQUIRREL!!!

I often don’t even realize it when I’m distracted, so stopping to shout “Squirrel!” would be impossible for me even if I wanted to adopt it.  And it’s not the same when I’m actually distracted by a squirrel, because they’re my damn hobby… so I’m supposed to divert my attention to them when I see one.  I would probably die laughing if I ever encountered a ADHD Squirreller…. my mom supposedly works with such a person.

So keep on spreading the good word, you squirrely scatterbrains!  The ADHD “Squirrel!” shout is officially Nest Approved.  Shout it loud and proud and….. oh look!

Bored former 30-something who has nothing better to do with his life than draw cartoon squirrels.
View all posts by evilsquirrel13 →
This entry was posted in Squirrel Droppings and tagged adhd, attention, deficit, disorder, distract, dog, dug, movie, pixar, squirrel, up. Bookmark the permalink.

20 Responses to Your Attention Please!