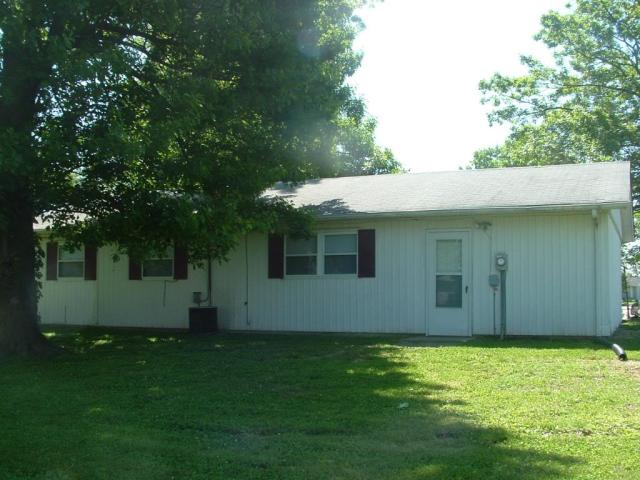 I would like to apologize in advance for this post.  Normally, I am counted upon to be the funny one who picks up the spirits of everyone else, and I rarely subject anyone who reads my blog to any of my personal drama.  But sometimes, even a squirrel’s gotta get stuff off his furry chest.

Above is a picture I took of my house when I moved into it 5 years ago, or at least the back of it from the perspective of the ditch that separates my yard from my neighbors on the next street.  This is actually a rare photo that knocks down the proverbial “fourth wall” when it comes to the majority of my Saturday Squirrel photos.  90% of the squirrel pictures I have featured here were shot from either the window on the far left, or the leftmost of the double windows on the right.  Enjoy that cool moment while you can, because things are about to get really sucky.

See that little central air unit that sits in front of the oak tree that is the domain of my backyard critters?  Here’s what it looks like now: 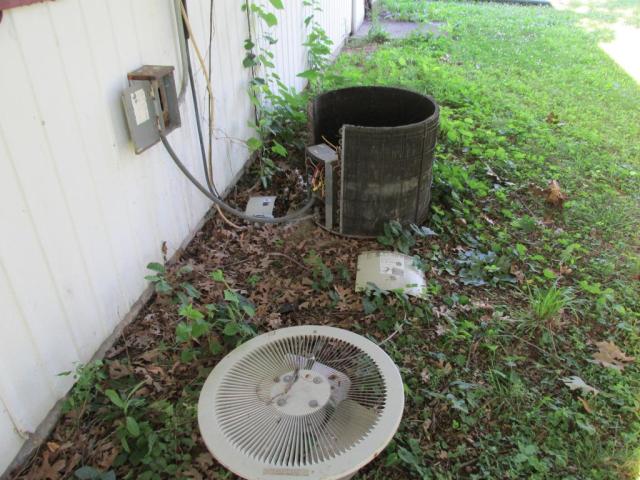 Yes, my neighborhood got hit by the copper creeps yesterday…. in broad daylight.  Given the timetable of when one of the neighbors saw a couple suspicious creeps looking around one of the vacant houses for sale, and how hot my house was when I woke up in the evening, this brazen violation of private property couldn’t have happened very long after I went to bed, or shortly after I made my Retro Ad post yesterday.  It’s infuriating enough to have something that is not cheap hauled off by lousy no good son of a bitches, but that it happened almost literally right under my nose without me being aware of it just makes my blood boil!

It was apparently part of a crime spree.  You may notice in many of my squirrel pictures centered around the telephone pole in my backyard there’s a house with a DirecTV dish on the roof, though it’s a relic from the former owners as it is now vacant… 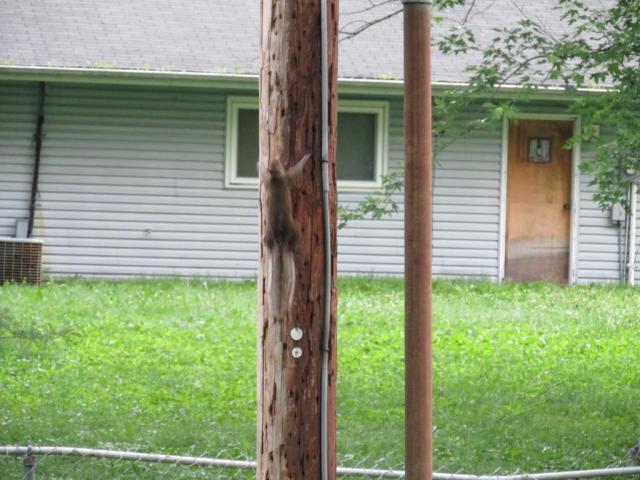 Featuring this not quite ready for prime time squirrel.

I took this picture last Tuesday, in the same batch as the two pictures featured in this past Saturday’s post.  I rescued it from my Recycle bin this morning because it shows that house’s AC unit on the far left there.

Yeah, it ain’t there anymore either… 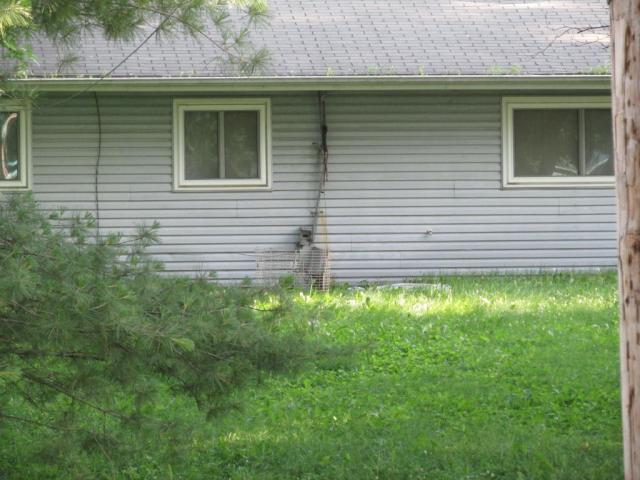 There are times when I really hope that hell is real, and people who do shit like this get condemned to all eternity there…

So I have been playing phone tag with four different insurance numbers, my heating and cooling company, and am still waiting to hear back from the police.  A really fun evening has just become a super fun morning!

Don’t worry, I’ll do my best to cheer up and give you another knee slapping comic tomorrow.  The show MUST go on…

Bored former 30-something who has nothing better to do with his life than draw cartoon squirrels.
View all posts by evilsquirrel13 →
This entry was posted in Squirrel Droppings and tagged ac, air conditioner, burglary, copper, pissed, squirrel, stolen, theft. Bookmark the permalink.