A kiss for all of you fans of Mecca Muzak Monday!

It’s Monday, Monday, Monday!  That can only mean it’s time for DJ Scratchy to show us where it’s at and break out her two turntables and a microphone for this week’s platinum 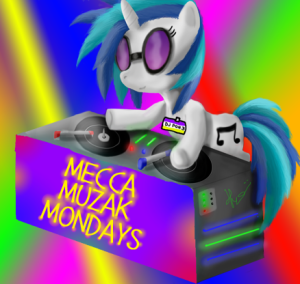 platter on Mecca Muzak Monday!  Watch out for falling prices and invading earworms!

I’ve mentioned before that if I ever run out of awesome songs from the series of muzak CD’s our stores across the country have been provided with, I’ll use this space to highlight some of the classics that made the now defunct Mecca Radio (RIP 2009) so fun to listen to back in the days before the Spark replaced the Squiggly.  Unfortunately, very few of those solid gold oldies have appeared on the CD’s… but we just got our new CD for the Fall a few days ago, and lo and behold, a Mecca Radio classic has made the cut! 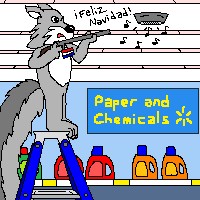 And I’m not talking about the #@^& holiday music…

The young lady you see at the top of this post is the lovely Stacie Orrico, who was only 17 years old when she recorded a song that took the world by storm… with the exception of the US, where it was largely ignored until Mecca put it on the final iteration of its broadcasts from Bentonville in 2009.  Here is Orrico’s #52 hit from 2003, which can once again be heard in Meccas across the nation this Fall, “Stuck”…

For whatever weird reason, five years ago this song would always get played twice within the 1:00 AM hour on Friday nights/Saturday mornings.  But that was just fine with me, because I couldn’t get enough of it!

Orrico was precocious enough to have signed her first recording contract at age 12, and was 14 in 2000 when she released her first album, which was Christian/gospel related.  Luckily for us, three years later, she recorded the much more mainstream self-titled album that contains “Stuck”… the typical teenager caught up in the confusing game of love song involving a dude who’s probably a big doucheknocker….

Or in the case of the video for “Stuck” that you saw above….. her cousin!!!

Much of the rest of the Fall CD sounds pretty drab on the first few listens, but I’m sure as it grows on me like earwax I’ll find some more hidden treasures and guilty gems in it somewhere before the Christmas muzak takes over in two months.  Stay tuned to MMM!

The Backstreet Boys are on the Fall CD, so it can’t be that bad!

Bored former 30-something who has nothing better to do with his life than draw cartoon squirrels.
View all posts by evilsquirrel13 →
This entry was posted in Mecca Muzak and tagged 2003, mecca, music, muzak, stacie orrico, stuck, walmart. Bookmark the permalink.