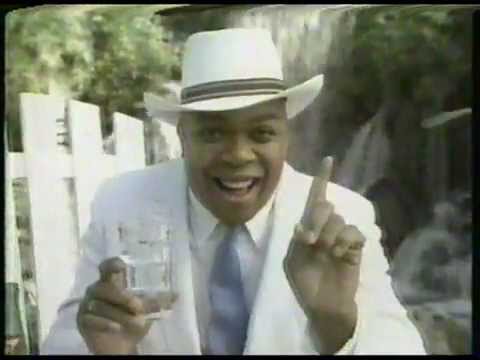 This past Sunday, the wonderful world of retro commercials lost one of its icons when the talented Geoffrey Holder passed away from complications of pneumonia at Age 84.  Holder’s contributions to advertising lore were only a small part of his multi-faceted career, however, as he made a name for himself both on Broadway and in Hollywood.  He was not only an actor, but a director, costume designer, choreographer, and yes… a dancer. 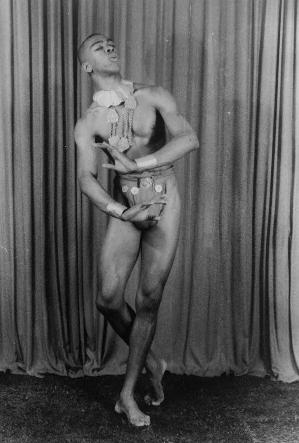 You will never be able to unsee this.

Of course, it’s Mr. Holder’s foray into the world of consumer advertising that we will honor here today at The Nest.  In the early 1970’s, 7 Up hired Holder to pitch its soft drink as “The Uncola”, a campaign which continued into the early 80’s when this young squirrel could appreciate it for himself.  Here’s an example of his work:

Holder’s smooth delivery and trademark Caribbean accent are as associated with 7 Up as the fact that the soda now tastes like absolute dogshit ever since they went to “all natural” flavoring a decade ago.

Never liked it, never will.

Of course, when The Nest’s pays respect to great classic ads of all time on Retro TV Ad Tuesday, you know we pull no punches and have to point out all of the stupid shit in the ad that makes absolutely no sense at all.  With all due respect to the late Geoffrey Holder, let’s review this Uncola ad, shall we?

The scene is a really lousy party where the hosts are so stingy, they only have five different cans of soda on ice for their guests.  A little girl who wandered away from her Mom after she had a few too many Jello shots makes her way over to the cooler to pick herself up a carbonated treat… 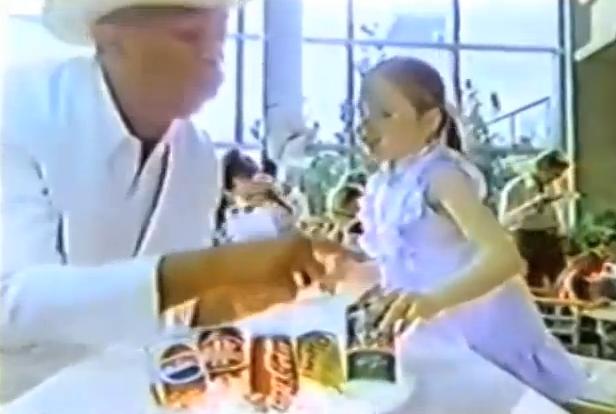 Hands off, bitch! That’s Uncle Geoffrey’s can of Mountain Dew.

Most parents in these pussified days would freak out at the very thought of their little one enjoying a soda, even though the alternative is disastrous.  Since our little angel’s parents are too busy passed out in the bathroom, Geoffrey Holder has to step in to see to it this girl doesn’t poison herself with any of the vile contents of those other five sodas that are all more popular than 7 Up.

As the girl picks up the can of Mountain Dew, Holder asks the girl if she’s sure she wants that soft drink…

No, dear, you most definitely don’t want that one.

Holder is about to learn a valuable lesson in minding his own business, as now he’s trapped in a neverending interrogation of whys fueled by a small child who is baffled over why it matters which kind of soda she drinks, as well as who exactly invited this strange black man to her grandma’s 69th birthday party.

So Holder offers the girl his 7 Up he smuggled in to try and shut her up… yet she just wants to know WHY should she drink it instead? 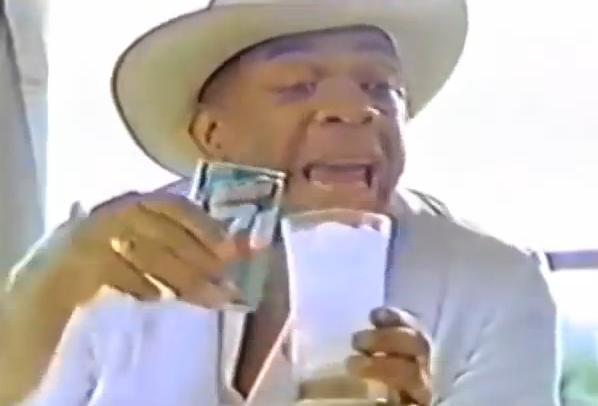 Because I like it, and that’s good enough for you, little hellion!

Unwilling to take the word of a Trinidadian in a white hat at face value, the girl wants to know WHY Geoffrey likes it.  So he explains about how 7 Up is light and refreshing and crisp and clean… and gives the girl the can to taste it for herself.  She readily drinks it up, without even considering for a moment that nobody at the party has any idea who this dude is, and that his special Uncola might just make her Unconscious…

Oh, but Geoffrey then expounds on what he believes to be the most wonderful thing about 7 Up, saying that it has no “cuffeen”.  To those of us who speak English, “cuffeen” translates into “caffeine”… as in 7 Up has all the nutritional value of a glass of tap water, only with even less flavor.  All of these other soft drinks have cuffeen, but 7 Up never had it, never will!

The whole point of 7 Up’s Uncola campaign seems to be that because it doesn’t contain “cuffeen” that it is obviously superior to all those colas and Mountain Dew ripoffs out there that everyone seems to like, with good reason.  This is honestly no different than O’Douls bragging about how it’s a beer that doesn’t contain any alcohol… though at least they were honest in saying that it’s “What beer drinkers drink when they’re not drinking beer,” and didn’t come up with some stupid, misleading term like “Uncola”…

A lot of people who indulge in soda do so because it contains caffeine.  But don’t tell that to Geoffrey Holder and his new biggest fan… 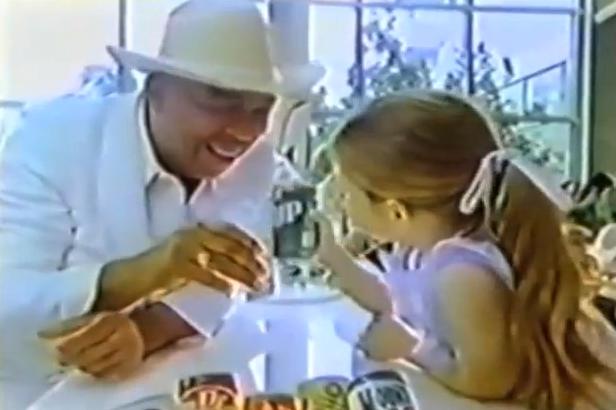 Here’s to no cuffeen!  Clink!

While perhaps a bit misguided, at least the 70’s and 80’s ads with Holder had a touch of class, unlike some later 7 Up ad campaigns featuring this…. thing…. 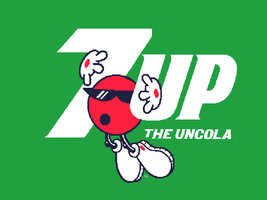 Can you spot the dumbass? 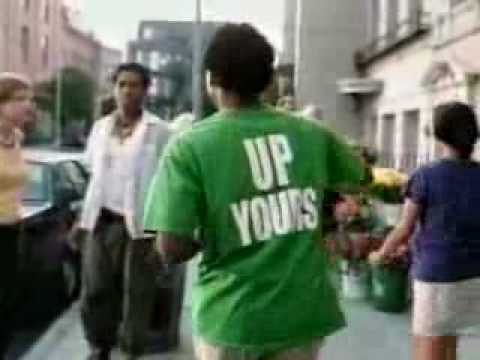 These are the T-shirts they should’ve been passing out at my Millionaire taping.

So let’s all raise our crisp, clean and refreshing glasses of undrinkable unsoda in honor of the one and only Geoffrey Holder, who spent the better part of a decade charming his way into the hearts of terrified little kids everywhere by spreading the bad word about what cuffeen would do to their tender insides.  Thanks to you, we will always feel good about drinking 7 Up, even if we are totally unable to stay awake long enough to finish the entire can…

Just put the lime in the coconut and drink them both up! Hahahahaha….

Bored former 30-something who has nothing better to do with his life than draw cartoon squirrels.
View all posts by evilsquirrel13 →
This entry was posted in TV Commercials and tagged 70s, 7up, 80s, advertsing, caffeine, commercial, geoffrey holder, laugh, retro, uncola. Bookmark the permalink.