The Eagle Has Landed

The “Blinking Birdie” kept me and my sisters entertained for hours back in the day. Who needs stupid smartphones?

In the mega-amalgamated conglomerate world of consumer products, many of the diverse things you use each day are probably helping to keep caviar on the plates of the same select few rich dudes.   This wide variety of wares under one business umbrella most often occurs when brands that first made their name under the leadership of some small fish in the business world get gobbled up by one of the corporate world’s black holes of name brands like Procter & Gamble or Google.  Chances are the same entity that processed the cottage cheese sitting in your icebox was also responsible for manufacturing  the bottle of douche in your bathroom.

You used the cottage cheese again, didn’t you Jenny?

Sometimes, though, the big boys of Wall Street decide to set up a side market of their own in a consumer sector that isn’t quite their area of expertise.  Brewery giant Anheuser Busch was keeping the steins of the world full long before drunken driving was even invented.  At some point in the 80’s, America’s top brewmaster decided it wanted to make some spare change by selling something for people to down their Budweisers with… so they ventured into the salty snack business and Eagle Snacks was born.

Nothing like working your logo into the shape of the pretzels…

When it came time to convince the beer drinking population that the same company who was destroying their liver could now do wonders for their heart as well, AB brought in the Odd Couple to help bring the Eagle brand into the spotlight…

Raise your hand if you knew Jack was a lefty.

While they don’t really revive the comic foil characters they made famous in the series of ads they did for Eagle Snacks in the late 80’s and early 90’s, the neurotic Tony Randall continues to get lovingly bitchslapped by man-of-the-people Jack Klugman because Randall shows that he can be incredibly annoying even when something as insignificant as fucking off-brand Doritos are concerned.  Dammit, Tony, leave the poor man alone and go make sure all of the burners on the stove are turned off again… 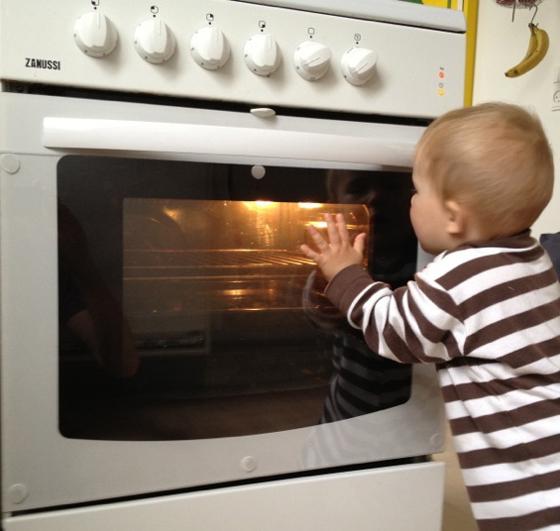 I think I’ll play with this fire while PaPa is busy arguing about snacks.

While it was charming to see these two back together under the strange premise of advertising nacho chips made by a brewery, the Randall/Klugman ads weren’t really all that memorable.  Perhaps Eagle knew this campaign was doomed to mediocrity because in the mid 90’s, AB abruptly changed course in how it advertised its failing line of salty snacks and instead went with a gimmick that people would never be able to forget.  I don’t know if this is the result of desperation, or maybe just hiring an ad firm that spikes its breakroom coffee with LSD…. but this ad is just….. well, see for yourself if you dare:

Sure the mid 90’s were a crazy time when we thought beer should taste like Sprite and a double murder turned half of the SoCal population into media celebrities… but there is still absolutely no justification for why this batshit fucking insane Eagle commercial made it on the air.  Forget the small children… this ad gave adults fucking nightmares.  I mean, come on… how exactly should one be expected to watch a dismembered face fly around some guy’s house for thirty seconds without feeling the instinctive need to curl up in the fetal position on their couch and scream for Mommy.

This is also why we will never send an astronaut to Mars.

The “It’s What You Feed Your Face” ad made people want to go out and buy holy water and flamethrowers, not more potato chips.  So it shouldn’t be surprising to anyone that shortly after this travesty aired, Anheuser Busch sold off its doomed Eagle Snacks brand to P&G in 1996.  But even the consumer product company that owns just about everything knew they’d received Face-damaged goods in the deal, so they in turn sold the Eagle line off to a company called River West Brands.

What exactly is River West Brands, you might ask?  Check out some of the other brand names they own the rights to…

I don’t know whether they should put Tab or Sani Flush in the Alice spot on that grid.

River West is essentially an island of misfit brand names, where failed lines get sentenced to while they wait to see if Santa and Rudolph are going to come and pick them up this Christmas or not.  There’s Coleco, who fell on hard times after the video game crash in the mid 80’s.  Who doesn’t remember Brim and Underalls ads airing on TV during their younger years?  It would be awesome to see some of these old brands come back into the marketplace.

Whether someone comes along and plucks Eagle Snacks out of River West purgatory or not probably depends on if the population under the age of 20 has managed to recover from the trauma of the infamous face commercial yet.  So long as in the mind of consumers eating Eagle Snacks goes hand in hand with having to share them with a creepy face peeled off the skull of some med school cadaver, nobody is ever going to want to purchase any bag that has the Eagle name on it.  I guess I’m not helping Eagle’s cause by refreshing these horrific repressed memories on my blog today…

It’s perfectly fine to branch off your business so long as you actually know what you are doing… but if you accidentally creep the shit out of your customer base, you too could totally destroy an entire trademarked brand name and have to face the music of advertising failure.  For managing to segue from the Odd Couple to Face Off in one disastrous decade, we here at The Nest salute Eagle Snacks for managing to kill off our appetites while also falling face first on its own salty sword.  We don’t know if we’ll ever see you again on Mecca shelves next to the enema from Pharmacy some customer left on the chip counter, but if there ever is a triumphant return of the King of Fears, we hope this time Eagle will at least put its best face forward.

Bored former 30-something who has nothing better to do with his life than draw cartoon squirrels.
View all posts by evilsquirrel13 →
This entry was posted in TV Commercials and tagged advertising, anheuser busch, beer, brand name, commercial, creepy, defunct, eagle, face, jack klugman, odd couple, retro, snacks, tony randall, tv. Bookmark the permalink.

23 Responses to The Eagle Has Landed