My Kind Of Town 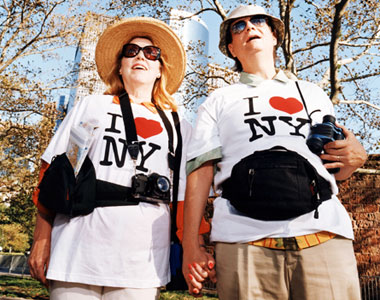 People have come from all over to watch the countdown finale live!

Did you wake up this morning and notice the sun was shining just a bit brighter, the birds were singing just a little merrier, and the coffee tasted just slightly less like Juan Valdez’s donkey?  There can be no doubting the reason why this Monday morning may very well be the bestest Monday morning of the entire year, as we have finally reached the terminus of “anything you can do I can do better” music.  It’s time to present the number one song in The Nest’s Top 30 Cover Songs of All Time countdown!  DJ Scratchy picked out her best glow in the dark, postmodern ballgown to wear for the occasion of dropping the final needle on the top of this golden record, while the Sponkies chose more conservative formal wear to celebrate such a glorious occasion.

Alright, let’s do this!  Can I get a drum roll please, Hottie….?

Lipps Inc. was not the original name of the band Milli Vanilli, they were one of literally thousands of pop acts to come out of the Minneapolis R&B scene that was not named Prince.  In 1980, they stumbled upon a disco earworm that literally took the entire world by storm.  “Funkytown” not only hit #1 on the US charts, but on the official music charts in 27 other countries as well… a record setting achievement at the time.  I love disco… probably way more than you do.  But I can’t stand this goddamn song.  It’s a musical abomination of which I will not tolerate.  Can anybody out there take this song and keep it moving and grooving with just a little more energy?

This looks like a job for the mullet patrol!

In the mid 80’s, Pseudo Echo was an Australian New Wave quartet who wasn’t making much noise outside of their home continent and surrounding islands.  In 1987, the released a US version of their second album “Love an Adventure” for American audiences, and included a track on the international version that was left off the original…. a five minute remaking of the Lipps Inc. classic, which bought the band their one and only entry onto the Billboard Top 40.  How this song only made it to #6 is baffling… it isn’t just the greatest cover song of all time… it’s one of the best pieces of fucking music to ever be supplied to us by means of electricity!!!

I had a hell of a time sorting out the order of the songs I presented in this countdown, but this was the one position that was absolutely locked down from the beginning.  Pseudo Echo took one of my least favorite disco songs and kept the high energy of that genre, while transforming it into a guitar rock/synth pop mashup that is almost too good to be true.  This is hardcore 80’s goodness Straight Outta Melbourne!

Naturally, despite Lipps Inc.’s universal appeal with the original and Pseudo Echo’s kickass cover, the only town these two bands wound up moving to was OneHitWonderville.  Neither group ever hit the US charts with another Top 40 hit.  I guess you can check out of Funkytown anytime you like, but you can never leave…

Would you mind keeping the noise down? The couple in Room 69 can’t hear themselves moaning over your disco beats.

And how oddly ironic is it that despite my self-professed love of all that is disco, even including several disco remakes of songs from different genres in my countdown, that three of my top four choices for this countdown were just the opposite… remakes of disco songs in a different style?  It just goes to show you that putting a big, sparkly, spinning ball above something doesn’t necessarily make it automatically awesome.

And that does it for The Nest’s special presentation of The Top 30 Cover Songs of All Time countdown.  While I surely didn’t expect anyone to love all, or even most of what I chose to include in this tribute, I do hope you all found some hidden gems in the songs I featured over the past seven months.  I have some ideas for a new countdown on tap beginning sometime next year, and sometime soon I’ll post a poll to let you all pick which theme you want me to tackle… but for now, I’ll be returning Mondays to more of the lesser known songs of excellence I’ve picked up from the Mecca Muzak CD’s.  Happy earworming everyone!

Damn, I love my job.

Bored former 30-something who has nothing better to do with his life than draw cartoon squirrels.
View all posts by evilsquirrel13 →
This entry was posted in Cover Song Countdown and tagged countdown, cover, disco, funkytown, lipps inc, music, new wave, number one, pseudo echo, songs. Bookmark the permalink.

29 Responses to My Kind Of Town