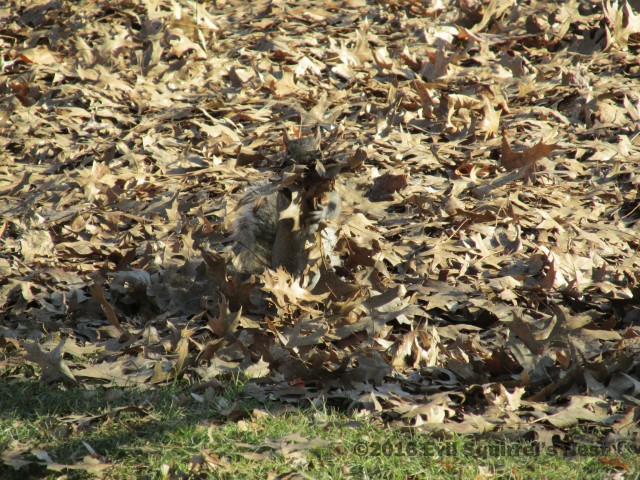 Can’t you just leaf me alone?

It’s a squirrel in the middle of what looks like the world’s largest leafpile!  How effing

I mentioned I finally made that winter trip to the park that I’ve long wanted to last Friday, and of the 100+ pics I took while I was there, about half of them were of this fellow you see above.  I’ll call him Wilson… and not because his face is largely obscured like Tim Taylor’s neighbor, but because my hometown park was named after our 28th President, Woodrow Wilson.  I chose to give this very special Saturday Squirrel a name because for the next few Saturdays, we’ll be following Wilson’s adventures that had me snapping so many photos of him, and see just what he plans on doing with that almost unlimited supply of dead foliage he has at his paws!

Bored former 30-something who has nothing better to do with his life than draw cartoon squirrels.
View all posts by evilsquirrel13 →
This entry was posted in Saturday Squirrel and tagged adorable, cute, leaf, leaves, park, photo, photography, squirrel, wilson. Bookmark the permalink.