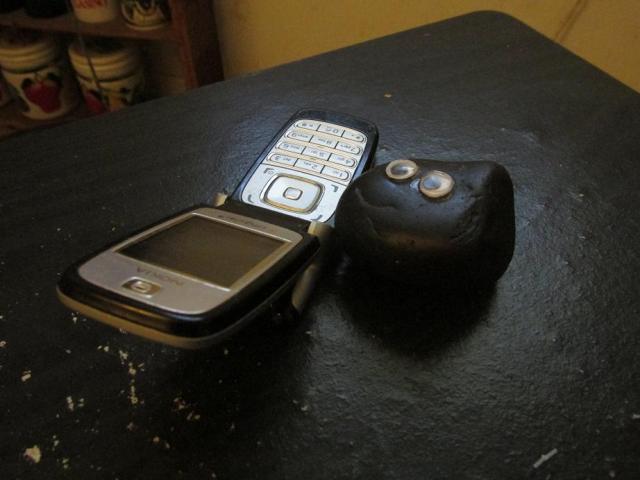 BASHFUL: Oh, wow!  I can’t believe I can really play Pokemon NO! with Evil Squirrel’s ancient cellphone!  This is gonna be so much fun!  As long as I don’t accidentally fall off the table or get run over by a stray unicorn….

Bashful is on the trail of small, imaginary anime monsters from the 90’s… and it isn’t long before he encounters his first Pokemon! 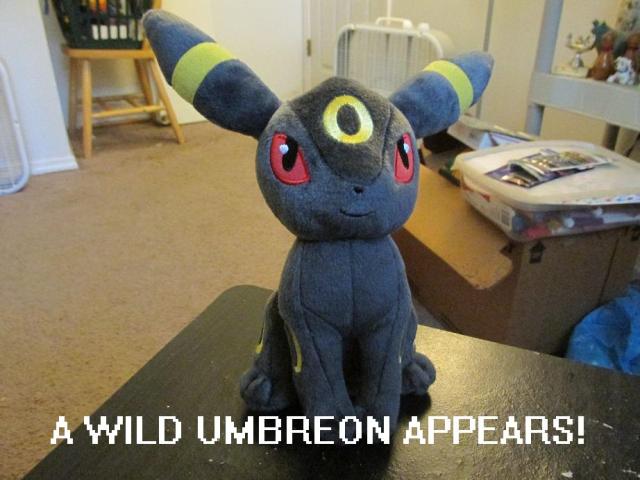 UMBREON: (Snickering) FOUND a Pokemon…. yes, I guess you have.  But CAUGHT a Pokemon…. I don’t think so.

BASHFUL: You haven’t seen my mad Pokemon wrangling skills yet, Dumbreon!  You’re as good as in my Pokejail! 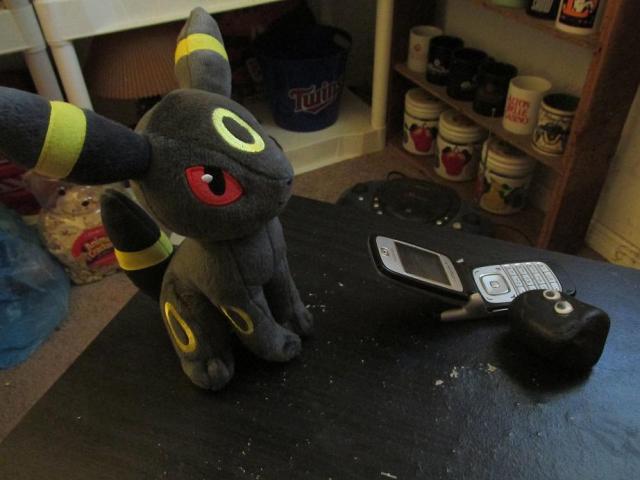 UMBREON: The rock vastly underestimates me.  I guess not all shiny black creatures can be as clever and crafty as I am.

BASHFUL: Oh, and what talents do you have besides glowing in the dark and helping out in the event of a power outage?

UMBREON: Well, I’m a certified ninja for one thing.  I’m so fast and stealthy that I’ll bet…. 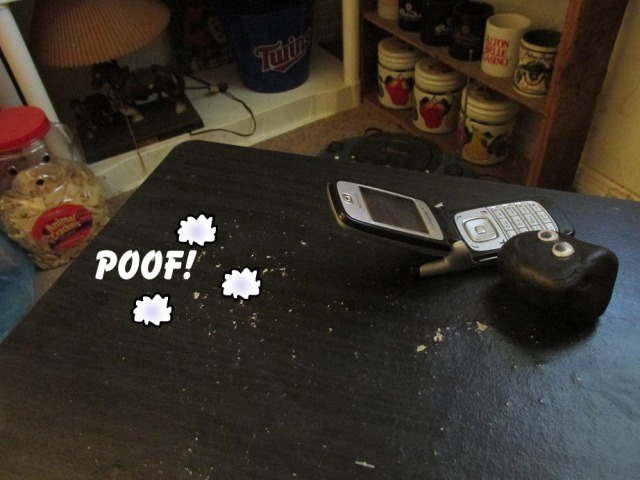 The Umbreon disappears from sight in mid-sentence!

UMBREON: ….you’ll never even see me move behind you like this! 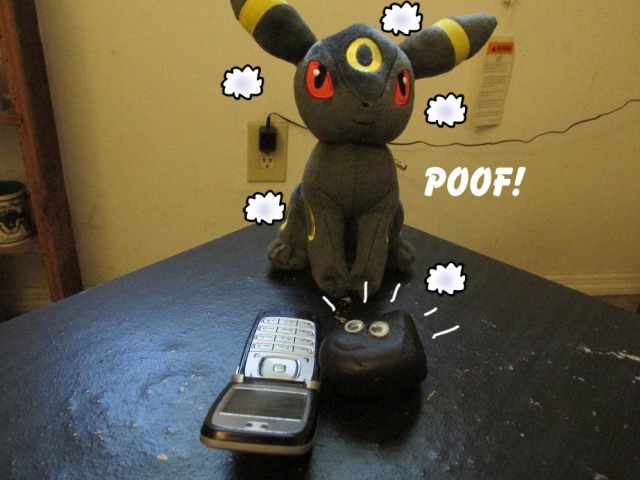 BASHFUL: (Turning around in awe to the Umbreon that somehow reappeared right behind his back) Holy Gibralter!  How did you do that!?!?

UMBREON: It’s easy, my friend.  We Umbreons have a knack for disappearing and reappearing at will.  I also happen to be an expert shapeshifter.

UMBREON: Shapeshifters can form their bodies into anything they so desire with no more than thinking about what they want to become.  For instance….

The Umbreon suddenly takes the form of…. 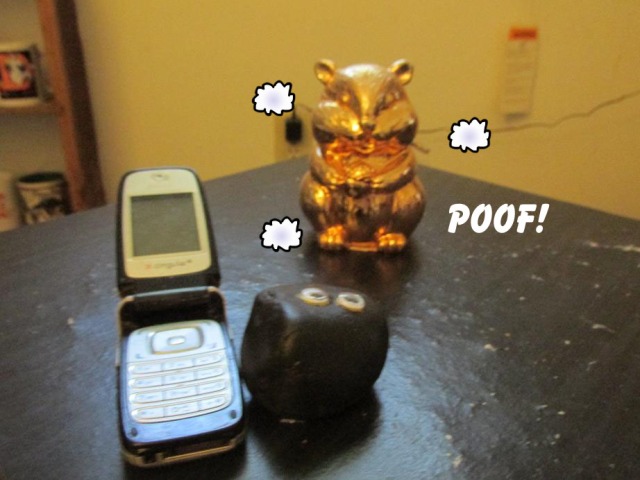 GOLDEN SQUIRREL: …a squirrel made of pure, 24 and a half karat gold!

BASHFUL: That’s AMAZING!!!  And I’d bet you’d fetch a pretty penny down at the pawn shop…. 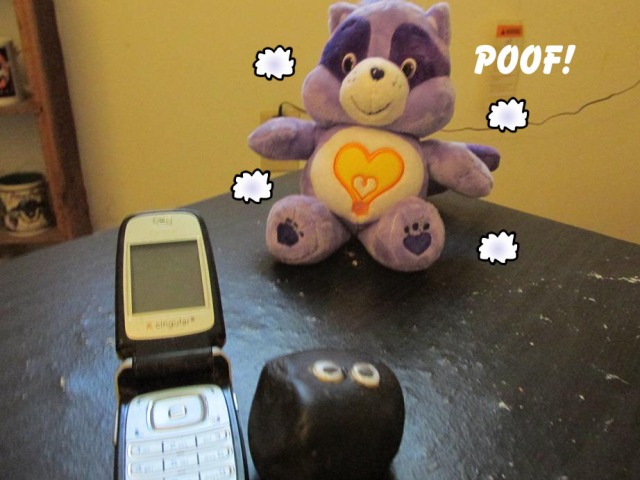 BASHFUL: A Care Bear?  Really?  How lame can you get?

BRIGHTHEART RACCOON: A Care Bear Cousin, to be exact.  Sharing is caring, and all of that shit…

BASHFUL: You can do better than that…… how about….

BRIGHTHEART: Don’t say it….. my telepathy is telling me you’d like me to become…. 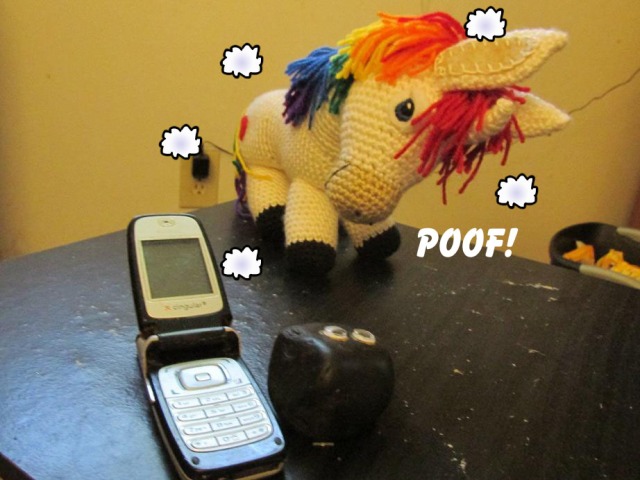 BASHFUL: Actually…… I was kinda hoping for a couple of really hot chicks.  Twins would be nice!  Think you could accommodate me there, Shiftshaper Boy?

RD: I find your appreciation of my mystical powers to be utterly trite and appalling…

The Umbreon reforms back into his Pokemon self…. 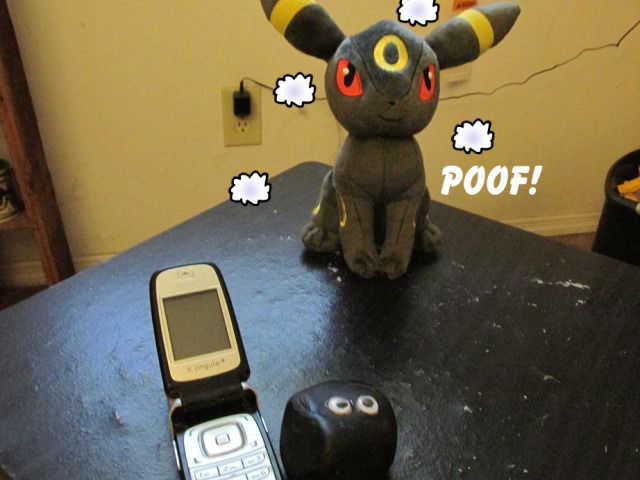 BASHFUL: Awwwwww, dang it.  Maybe I was too greedy….. OK, just one chick?  Moderately good looking?

UMBREON: The sideshow is over with.  You aren’t worth the display of my special abilities.  I’ll be leaving now…. 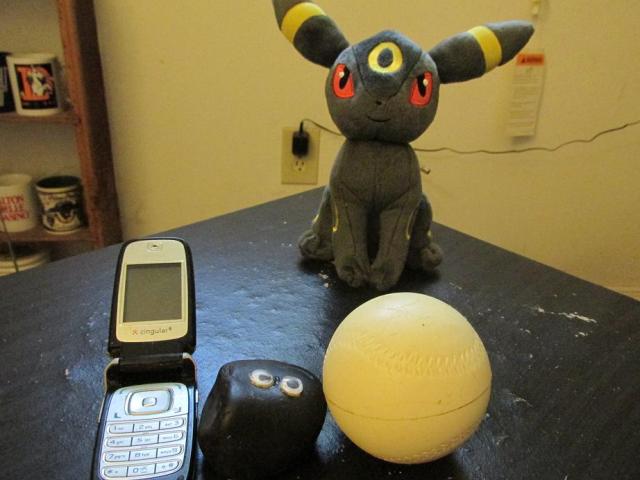 BASHFUL: You may have distracted me for a bit with all of that crazy hocus pocus, but you’re still MY Pokemon that I intend to capture with this Pokeball!

UMBREON: Huh…. that is NOT a Pokeball, foolish rock.

BASHFUL: I don’t care if it’s a Pokeball or not!  All I know is this ball has YOUR fluorescent face written all over it!  Prepare to be MINE, Umbreon!

Bashful throws the Pokeball at the arrogant Umbreon with all of his rock-given might….. 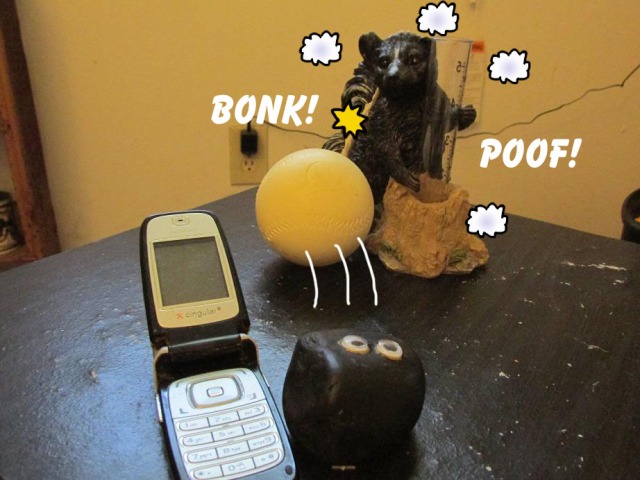 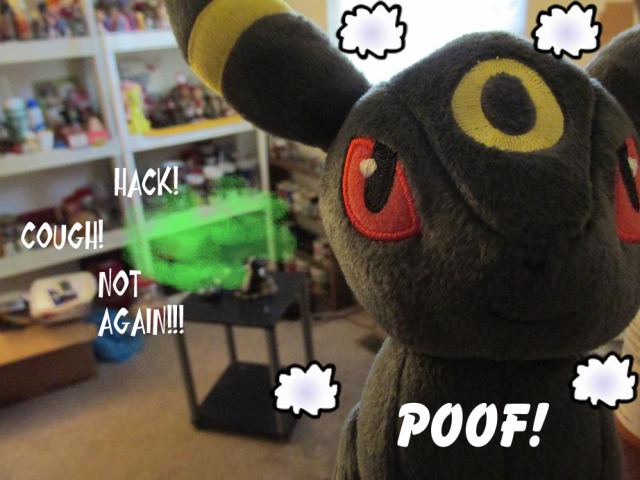 Bored former 30-something who has nothing better to do with his life than draw cartoon squirrels.
View all posts by evilsquirrel13 →
This entry was posted in Bashful's Adventures and tagged bashful, cellphone, game, ninja, no spoilers in the tags, pet rock, pokemon, pokemon go, rock, shapeshifter, uhoh, umbreon. Bookmark the permalink.

26 Responses to Gotta Catch ‘Em All