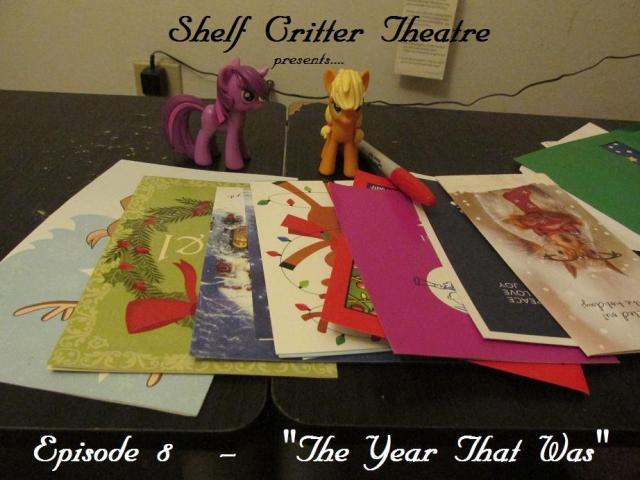 APPLEJACK: (writing) …. with love from your favorite mares!

AJ: Writin’ out Christmas cards for all our bloggin’ friends!  Didja know that ES never sent any out yet, and that’s so typically RUDE of him!

TWILIGHT: AJ!  It’s too late to send out holiday cards now!  You know how slow the mail is normally… and it grinds to a halt in December!  We’re gonna have to… 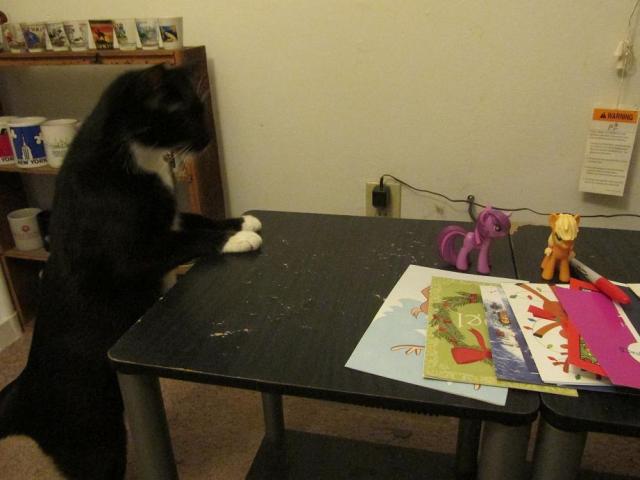 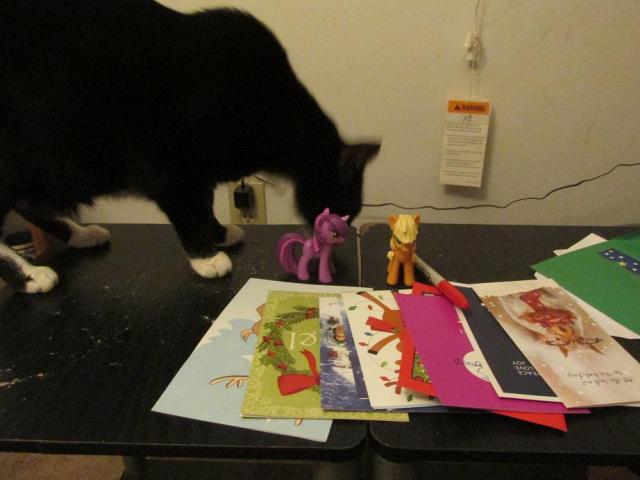 TWILIGHT: Could security please come and remove this furry beast from our set!!!

Oops.  Removing the trespassing cat and apologizing to my ponies….

TWILIGHT: Thank you!  Now, as I was saying…. we’re gonna have to send out virtual cards this year!

AJ: Like, over the internet?  How much do those stamps cost!?!?

TWILIGHT: Silly filly… we can use Evil Squirrel’s blog to send out a holiday newsletter to all of our devoted fans!

AJ: A newsletter?  What’s that?

TWILIGHT: To the computer we go!!! 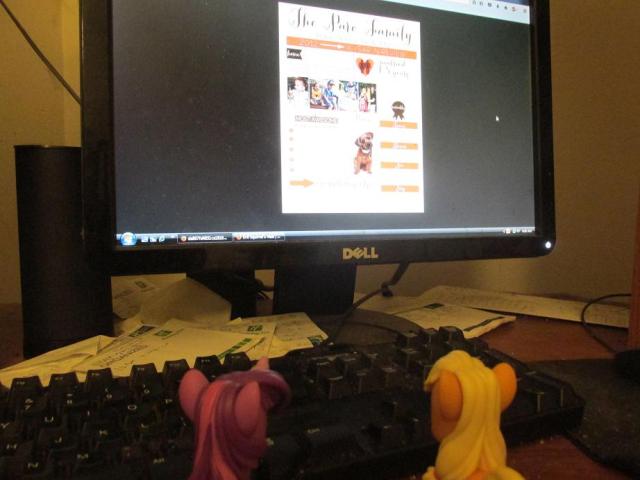 TWILIGHT: This is an example of the traditional American tacky holiday newsletter!  It’s a way for hipster families to brag about their children and all of the shitty things they did during the past year, while making themselves look a whole lot cooler than everyone else.  This is accomplished with totally useless information like the number of diapers changed, and self-important back patting like noting that they had to clean the shitstains out of environmentally friendly cloth diapers all year long rather than just throwing that nasty ass greenish brown baby mess into a landfill.

AJ: So we’re gonna spread the spirit of the season by telling everyone how many diapers we had to change?

TWILIGHT: Well…. in a way.  We’ll just brag about the fucked up things we did at the Shelf this year!  There should be no shortage of boring, unreadable milestones we accomplished this year that nobody who follows this blog could give a shit less about. 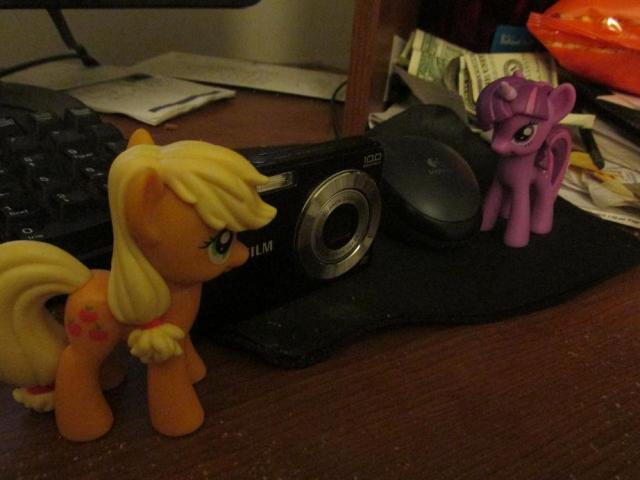 TWILIGHT: You take the camera and get me some good photos of the gang while I open up Photoshop and create a newsletter that will be the envy of the World Wide Web! 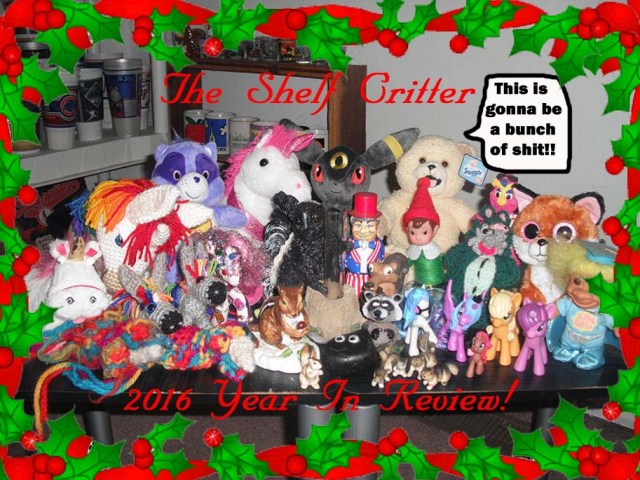 The Sponkies stayed active as usual, participating in every team sport and activity their busybody mother could possibly sign them up for.  Sparklepony’s dreams of being a soccer mom were dashed when the youngsters instead took a liking to Aussie Rules Football.  That didn’t stop her from being that beastly parent on the sidelines that everyone hates, though…. 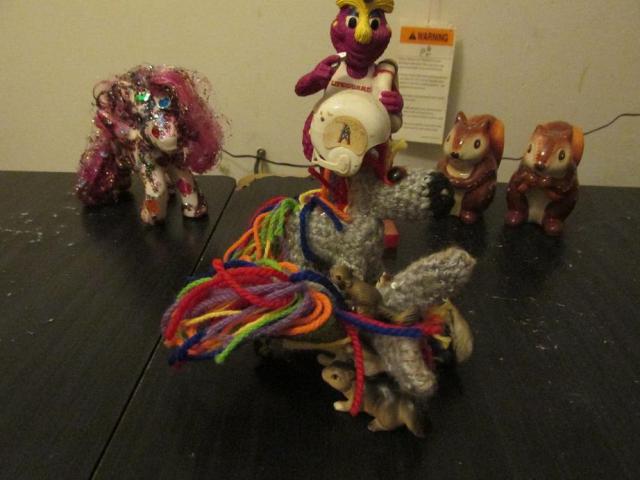 SPARKLEPONY: Run over those lousy defenders, Sponkies!!!  Give that kid the squirrel grip!!!  HEY REF!!!  Call a foul on that loser that just tried to tackle my daughter!

SQUIRREL MOM: I’m worried about our boys playing this rough sport!  Oh dear…. is that our son’s spleen laying on the 20 yard line?

We’re quite proud of our career student Troll for finally finding employment!  He was a smashing success on his first and only day on the job as a door greeter at Mecca.  He only managed to scare half of the customers’ children, and remained on guard at all times for any theft… 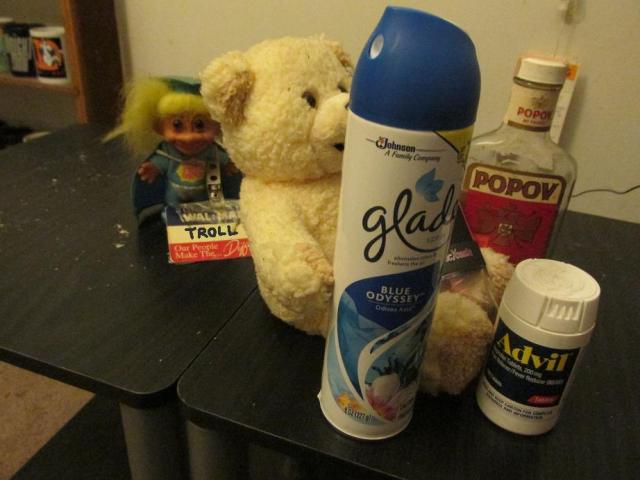 TROLL: Excuse me sir… but can I see a receipt for those items?

SNUGGLE: How’s this for a receipt? (The bear extends his furry middle finger to the Troll)

TROLL: Good enough for me… have a nice day, sir!

Rainy…… well, poor Rainy lost her rain gauge again, and wasn’t too keen on having her picture taken.  So we didn’t push our luck to get any juicy accomplishments out of her.  Though we are happy to report that her emissions are now in compliance with all EPA regulations! 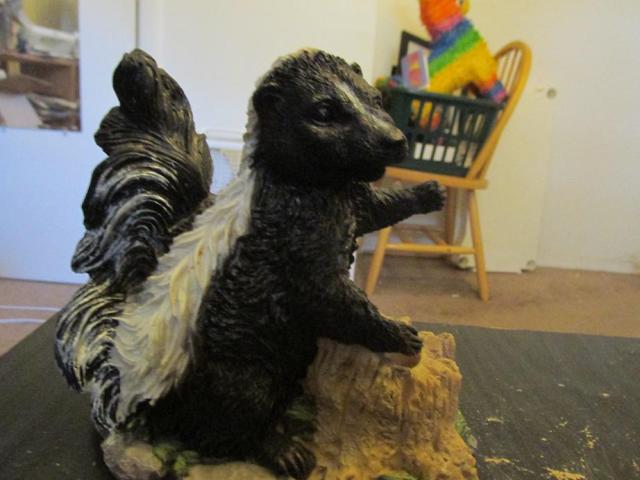 RAINY: Someone’s going to be treated to a GREEN Christmas if I don’t get my gauge back!!!!

While Fuzzywig’s prized mutt Fleabag was expelled from obedience school and still barks 25 hours a day, at least we are happy to report he has now learned how to shit on the newspaper! 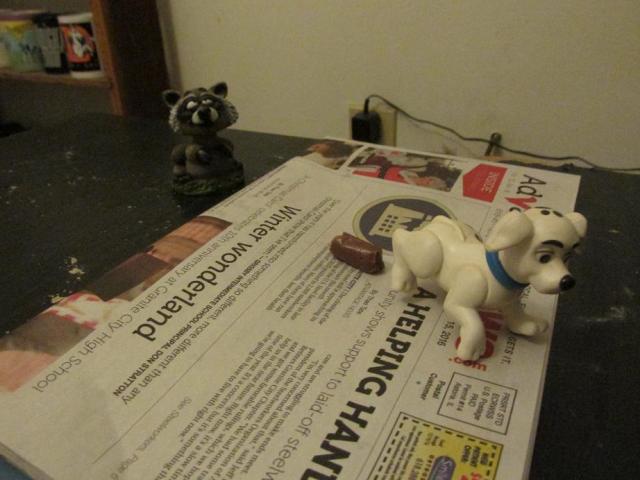 FUZZYWIG: Dammit, you lousy mongrel!  I hadn’t finished reading that yet!

FUZZYWIG: And right on the Stoner Astrologer’s horoscope I wanted to check out….

FUZZYWIG: I told you to shit in the neighbor’s yard from now on!  BAD DOG!!!!

At this moment, we’d like to take the time to honor our dear possum Buster, who sadly left us this year…. 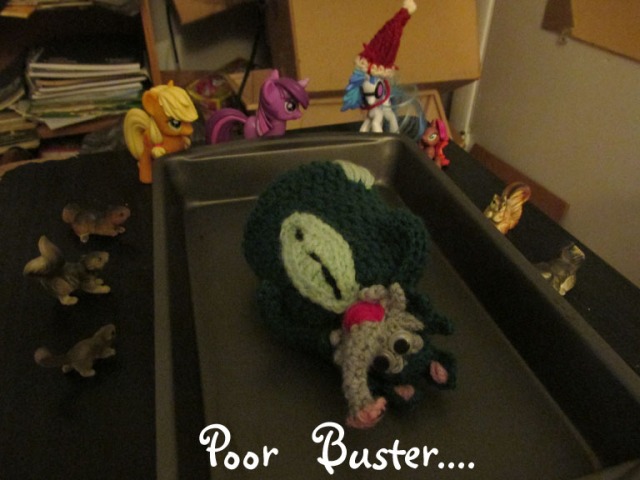 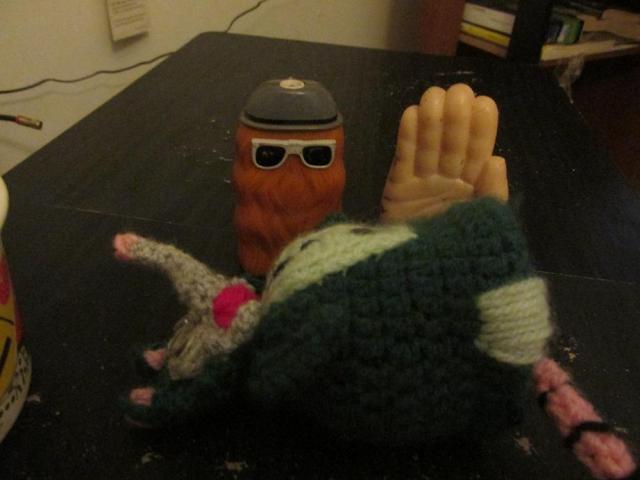 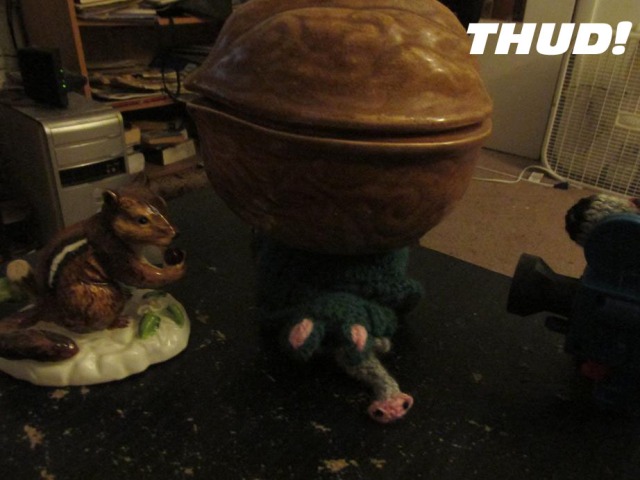 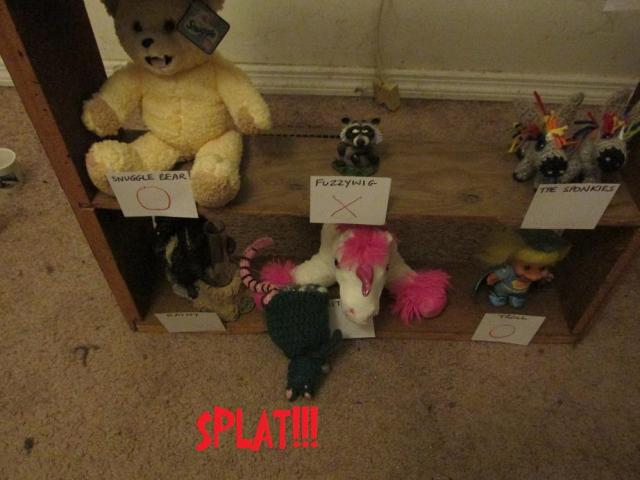 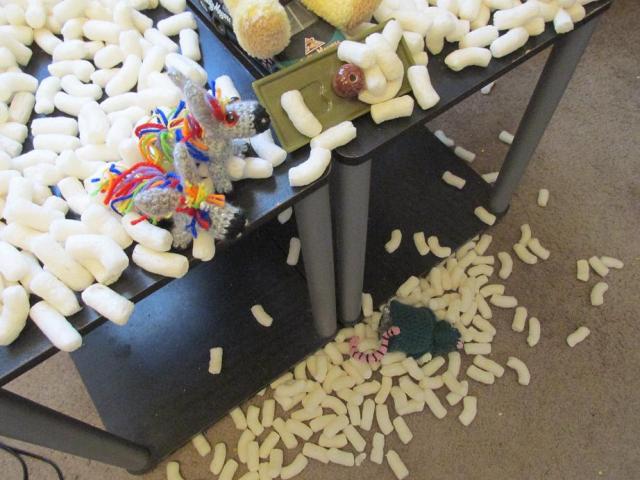 Well, you get the picture.  RIP Buster.

On a happier note, we all stayed active this year by playing the most awesomest game ever created (for about two whole months until it got boring as hell), Pokecritter NO! 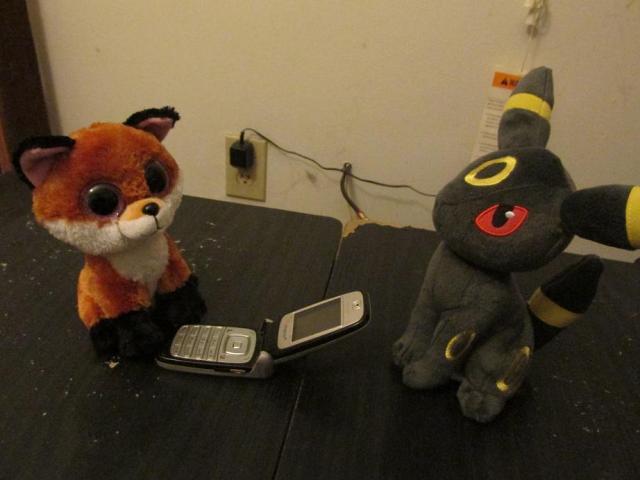 SHADOW: You’ve been trying to catch me now using that stupid eye-straining phone for months on end now, Mr. Fox.  You know, one of these days, it’s going to turn you into a zombie!  What do you have to say to that, vulpine? 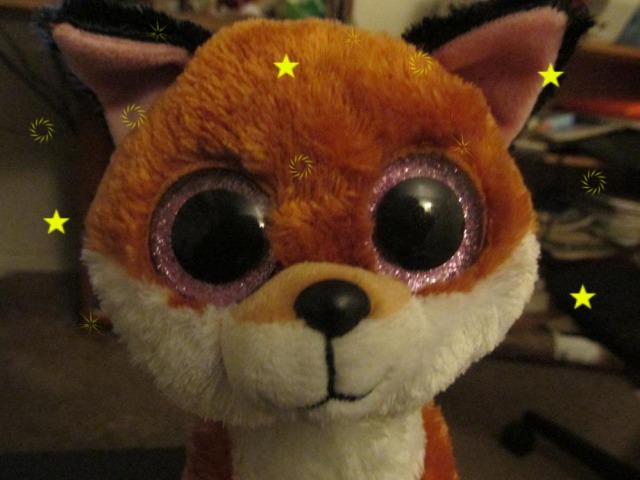 We couldn’t possibly leave out our visit from Bashful, who as you can tell from the enclosed photos really enjoyed his time on the Shelf! 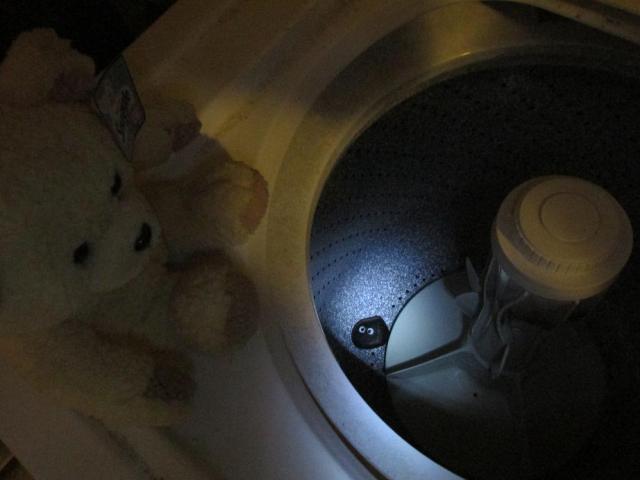 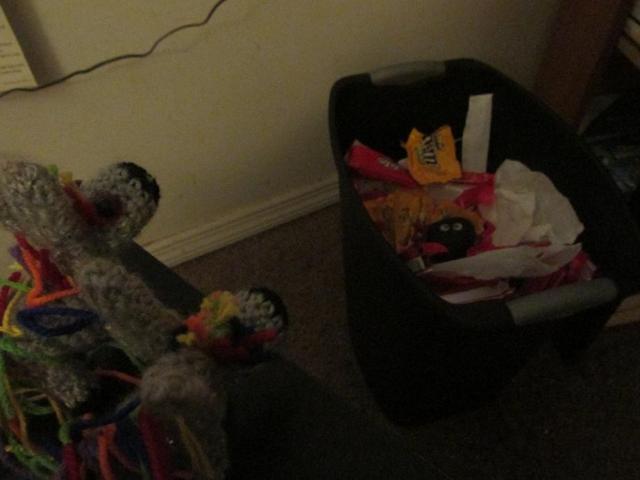 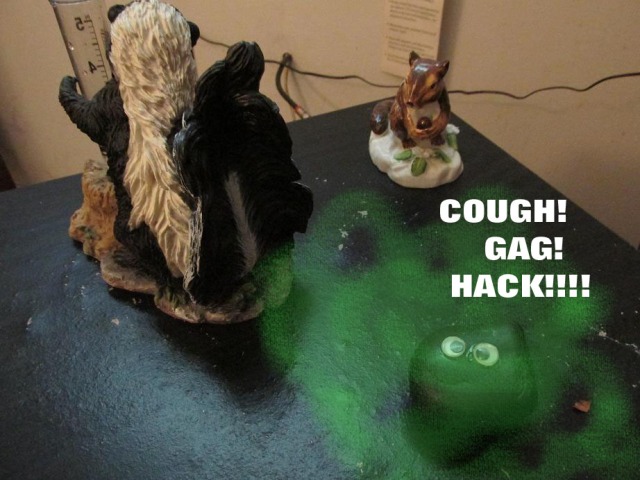 We are probably most happy to announce that our littlest filly, Tina, has been taking dance classes this year.  Despite being the youngest student at the performing arts school, Tina’s natural talent allowed her to exceed all expectations and she was invited by her teacher to dance in a professional setting so that the whole world can see what a dancing child prodigy she really is! 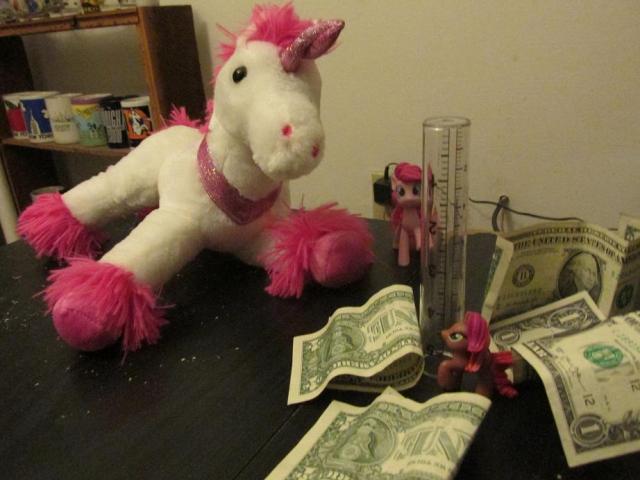 TINA: Dancing is so much fun!!!! Especially when people throw money at you!  Thanks, Mistress Mitzi!  Wheeeeeeeeee!!!! 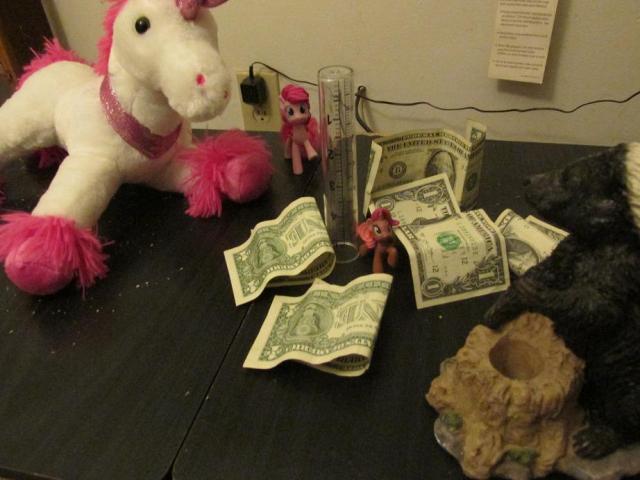 MITZI: Ain’t she a total pip?

RAINY: Give me back that rain gauge now, you preteen hussy!!!

Rainy pushes the stripper in training out of the way and takes back her gauge, hugging her prized possession to her body, and then…. 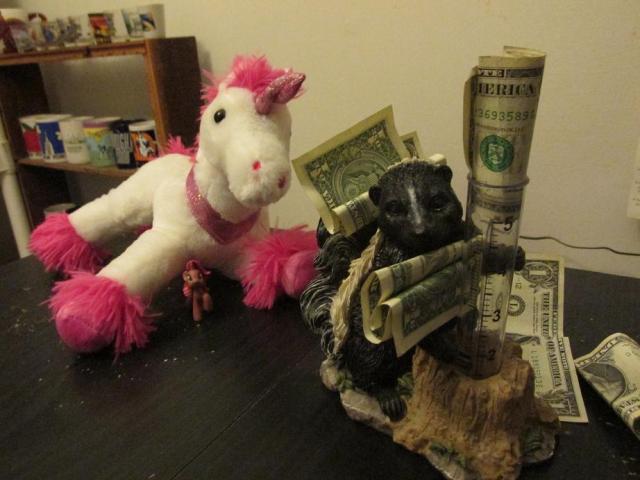 RAINY: What the….. where are all these singles coming from!?!?

RAINY: This…. (grabbing at the dollar bills that have been showered upon her) is NOT RAIN!  But damned if it isn’t an easy way to make a living…

Rainy, Tina and Mitzi continue to strut their stuff on the rain gauge… milking the preverts in the crowd for every last dollar they took out of their kids’ lunch money… 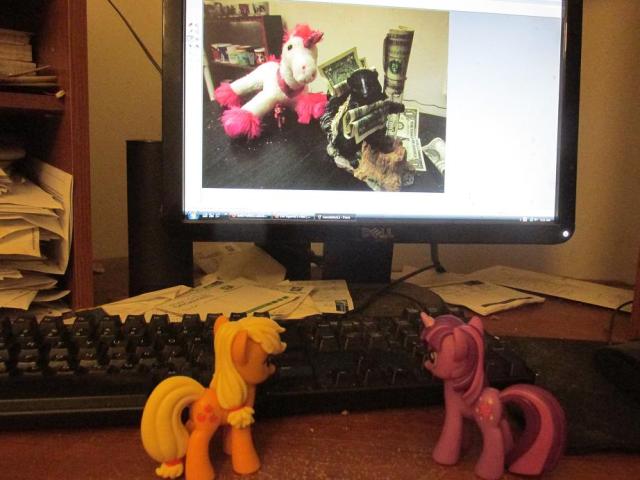 AJ: Wow, Twi, that’s an awesome newsletter!  You totally captured the essence of the holidays there!

TWILIGHT: I know, right?  Let’s post this shit and see how many people unfollow ES after reading it. (Clicks the Publish button)