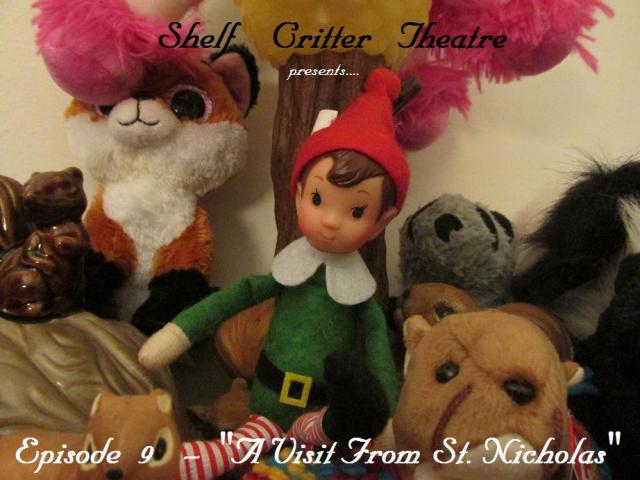 And Mitzi in her negligee
And the Troll in his luck
Had just settled down
For a good winter’s….

MITZI:  It’s, like, way too late at night to be doing anything hard like thinking!  Give me some smoochies instead!

When out on the lawn
There arose such a clatter….

Fuzzy staggered from his bong
To take care of this matter 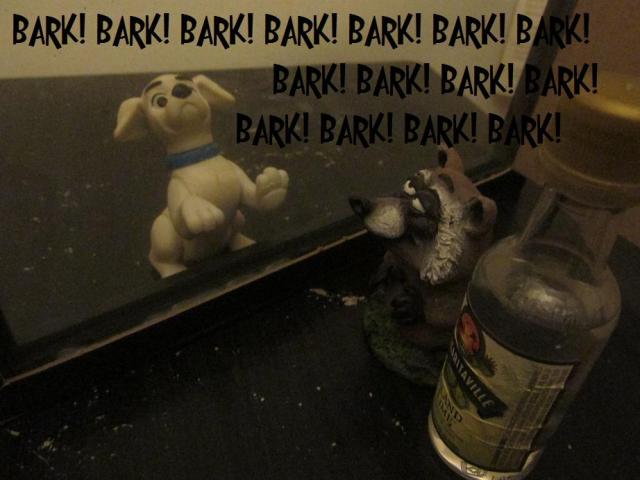 But what to his wandering
Eyes should appear?
But a miniature race car
And eight tiny……. ponydeer?????

FUZZYWIG: That’s it…. time to keep off the grass for a while.  (Turns back towards the kitchen) I got a hankering for some chocolate crispy Santas right now… 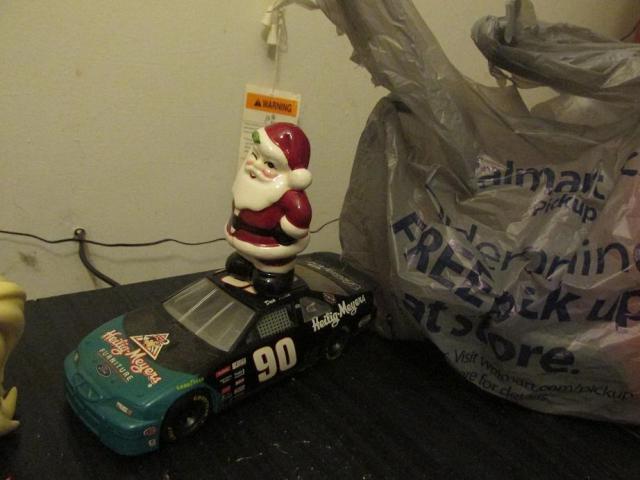 More rapid than Amtrak
His unicorns they came
And he cursed and he shouted
As he called them by name….

On Derpy!  On Tina!
Get the fuck moving Pinkie and Dashie!

On Twilight! On AJ!
On Luna and put that damned phone away Scratchy!!!

SCRAT: Hey, wait a minute!  What about me?

SCRATCHY: You’re not in this story, Dude!  They made you up for a totally different song.

LUNA: Begone, red nosed mutant!  Or I’ll see to it you’re fed to my pet Bumble!

As he picked up his bag
And with the grace of a klutz
Down the chimney St. Nicholas came
Landing in a fireplace full of nuts

SANTA: Dammit!!!!  Would it kill critters to leave their fucking front doors open for me on Christmas Eve?

The stump of a pipe
He held tight in his yellow teeth
And the ashes sparked a brush fire
In one of the wreaths.

SANTA: When you’re a centuries old legend like I am, you can tell the no smoking laws where to get bent!

SANTA: Since George somehow managed to stay on the Nice List this year, I guess I’ll give him that brand new cell phone he wanted.  What?  It was brand new back in 2006! 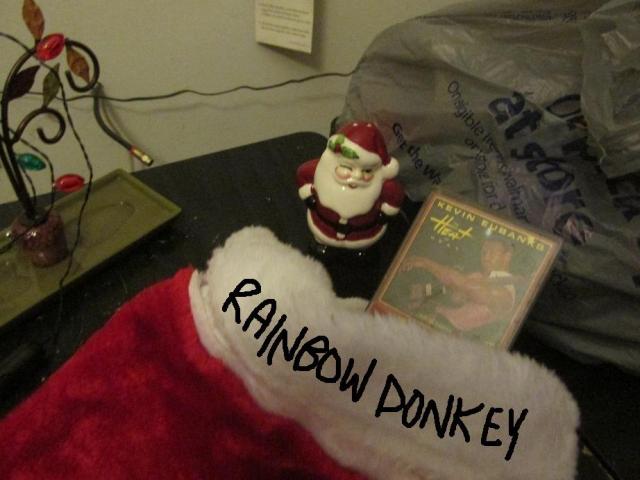 SANTA: Rainbow Donkey gets the Kevin Eubanks cassette because….. well, someone has to get it since it’s Evil Squirrel’s favorite gag gift to use in these stupid plays.

SANTA: You better fucking believe I’m getting that skunk some damn air freshener for her stocking!  I think she’s singlehandedly responsible for the hole in the ozone layer…

RAINY: Excuse me, Mr. Santa, but I don’t believe that’s what I asked for.  I specifically requested some RAIN for my rain gauge!

SANTA:  In the immortal words of St. Mick…. you can’t always get what you WANT.  But if you shut the fuck up some time, you just might find you get what you NEED!

RAINY: That is NOT RAIN!  And you, Mr. Santa, have just been put on my Naughty List!

And extending his finger
While holding his nose
And giving a nod
Up the chimney he rose!

He staggered back to his sleigh
To his team gave a whistle…..

To his team gave a….

TINA: I win again with my nut flush!!!

SANTA: What in the name of polar bears and penguins living together to do lazy ass ponydeer think you’re doing!?!?

SCRATCHY: OK…. next round!  Seven card stud, sixes and nines are wild!

SANTA: Put those cards away and get back to that sleigh right now!!!  Don’t make me…

LUNA: Make you what?  We have photos of your last night out with the guys.

SANTA: What the….. (starts sweating in the below zero weather) what are you talking about!?!?

Twilight gets out her cellphone and shows Santa a certain incriminating photo…..

SANTA: Alright…. maybe those other two billion kids across the world will just have to wait a bit longer for their presents.  But no cards!  I always lose my ass at poker.

Santa squeezes in to the circle of ponydeer and pulls out a set of dice….

And I heard him exclaim
As he joined in the party
Happy Christmas to all!
And to all a good………………

Bored former 30-something who has nothing better to do with his life than draw cartoon squirrels.
View all posts by evilsquirrel13 →
This entry was posted in Shelf Critter Theatre and tagged a visit from st nicholas, christmas, critter, fucked up christmas, im going to hell for this, naughty list, parody, poem, santa, shelf, theater. Bookmark the permalink.

31 Responses to The Big Night