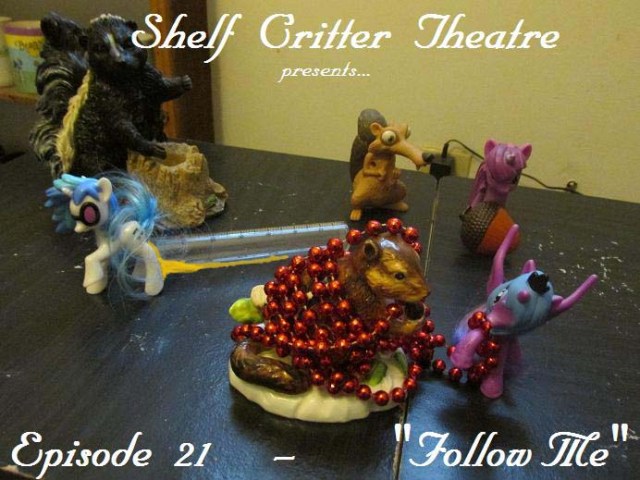 It was just another typical day in Shelfelin… as in to say, things were fucked up beyond belief…

CHIP: Hey!  Untie me you horned heathen!  I am NOT into bondage!

You see, for as long as the townscritters could remember, the village of Shelfelin had been overrun by evil unicorns who made the villagers’ daily lives a living hell.  It literally wasn’t safe to walk the streets, even in broad daylight, without encountering one of these mythical nuisances… 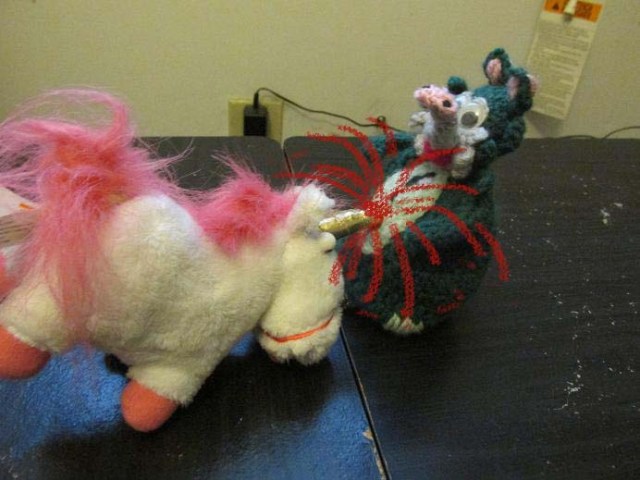 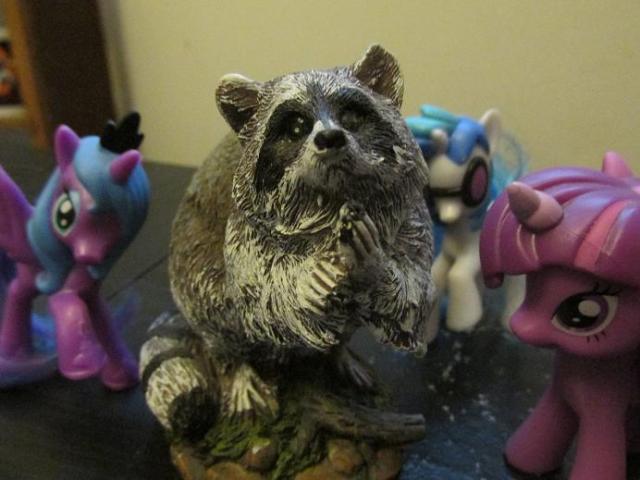 CHIP: Hey, wait a minute!  Who the heck are you?

RICKY RACCOON:  What do you mean?  I’ve lived here all of my life!

RAINY: Then how come we’ve never seen you before?

RICKY: Because no episode of Shelf Critter Theatre ever called for a praying raccoon… and may not ever again.  So I’ll just go back to collecting dust on this shelf with all the other forgotten ones… you all carry on without me.

As Ricky retreated back to the Island of Misfit Shelf Critters, the others in the town who’d had enough of the unicorn plague decided to take action and stormed City Hall to have a meeting with the Mayor… 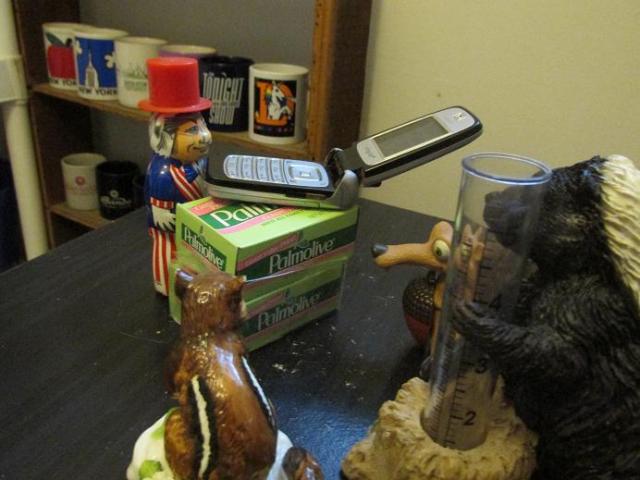 CHIP: Mr. Mayor!  We the critters of this humble village would like to request….

“Get your bureaucratic ass out from behind that desk and help us get rid of these damned unicorns!!!!”

UNCLE SAM: I don’t have time to listen to any complaints from the peasants right now…. can’t you see I’m sending out witty Tweets to my followers about why we need to deport these unicorns?

SCRAT: But you MUST help us! 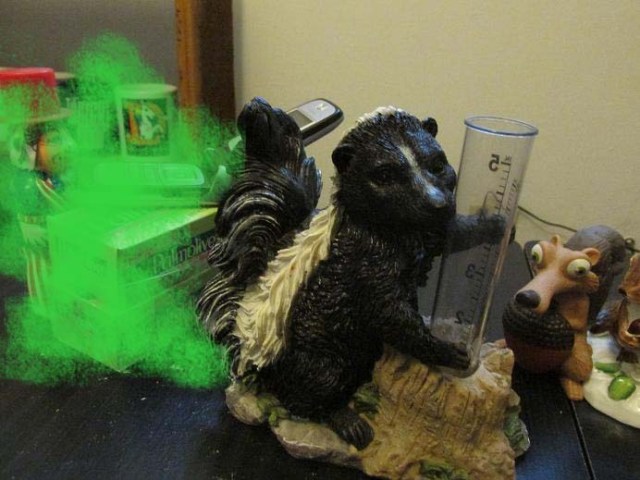 CHIP: Mr. Mayor, you need to do something to drive these unicorns out of town!

SAM: Drive them out of town….. YES!  That’s it!  I’ll call my friend St. Patrick… I heard he once drove all the unicorns out of Ireland…

SCRAT: Mayor, it’s March 17th!  St. Pat’s probably lying in the back of some Irish pub right now in a puddle of his own green urine!

RAINY: The only critter who can save us now is…… the Fried Piper! 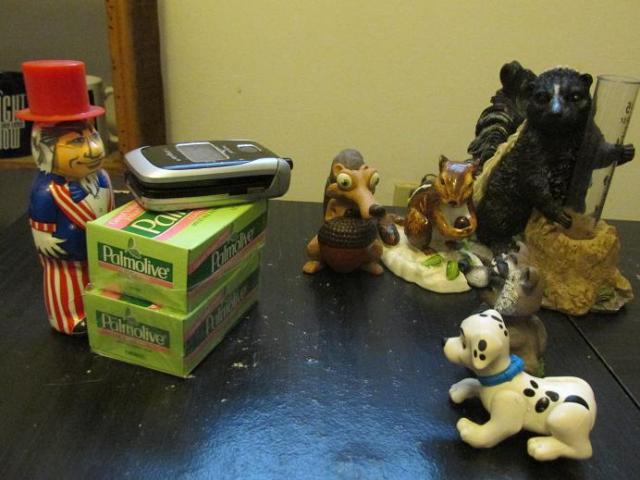 SAM: Are you the legendary Fried Piper?

SAM: Our town is being besieged by an army of uninvited unicorns!  Can you get rid of them for us?

FUZZYWIG: Piece of brownie….. er, cake.  Me and my trusty mutt’ll make all those horsies go bye-bye.  But I don’t work for free, ya know….

SAM: I will gladly offer you the key to the city of Shelfelin…

FUZZYWIG: Dude, I’ve been picking locks since I was a cute little cub.  Stick your key where it won’t fit.  A thousand bucks.  Take it or leave it.

SAM: OK, but first, show me how you plan to eradicate our unicorn problem so my speechwriters can inform me how to spin it to the media…

FUZZYWIG: By playing my pipe for them, of course… 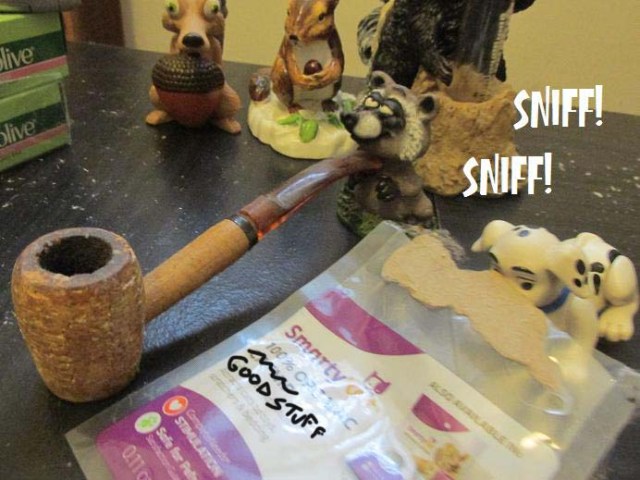 FUZZYWIG: When I pack this thing full of the good stuff…. man, no unicorn can resist this shit.

SAM: I’ll have you know that MARIHUANA is illegal in the city limits of….

FUZZYWIG: Just have that G ready for me in non-consecutive, unmarked bills when I get back.  Now if you’ll excuse me, I have some unicorns to run off.  Shall I start with this one?

FUZZYWIG: The unicorn under your desk there…. 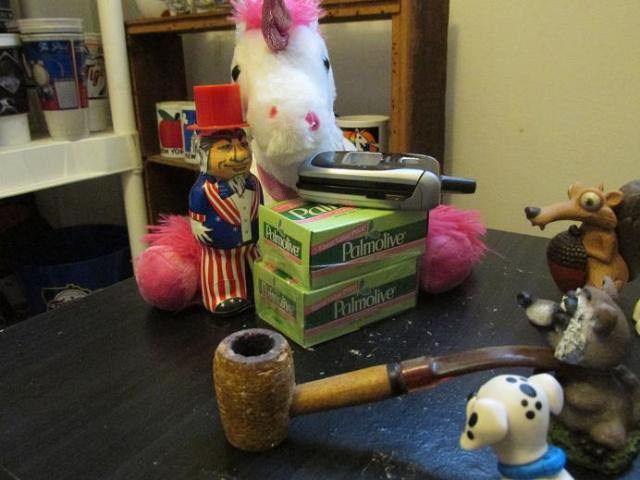 Mitzi crawls out from under the Mayor’s desk, covered in “snacks for later“…

RAINY: MAYOR!!!  Why, I can’t believe you’d harbor this illegal….

SAM: Ummmmm….. errrrrrr….. this unicorn is not a threat to anybody, and I assure you she has been properly civilized and trained.

MITZI: Ooooooooooh, can Mitzi have smokies?  That looks yummier than my smelly cigar!

SAM: (Putting his hand over Mitzi’s big mouth) Mitzi stays.  Go forth and drive the rest of the unicorns out of Shelfelin, and I shall reward you with $1,000 as you request!

And so the Fried Piper set out to perform the important duty he had been tasked with.  He filled his pipe full of the good stuff… 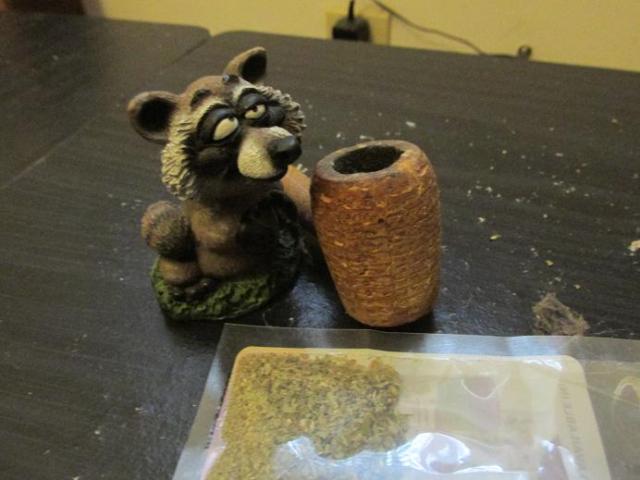 While he was getting set up, his canine sidekick was busy rounding up every unicorn he could find… 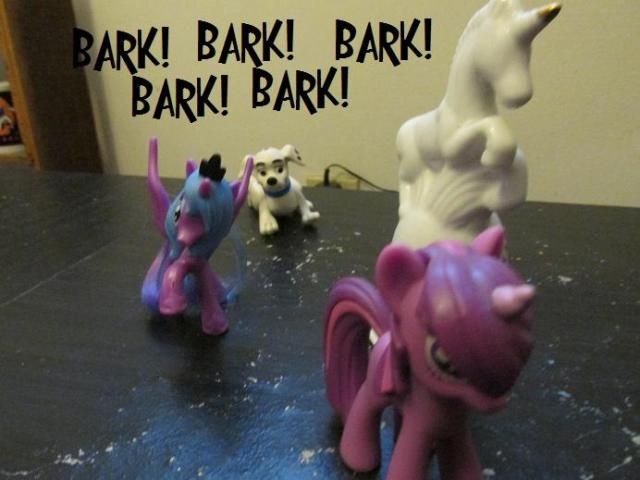 LUNA: Stop that annoying barking you vicious little mutt!  Where are my servants with their tasers?

CLYDE: Where is this dog leading us? 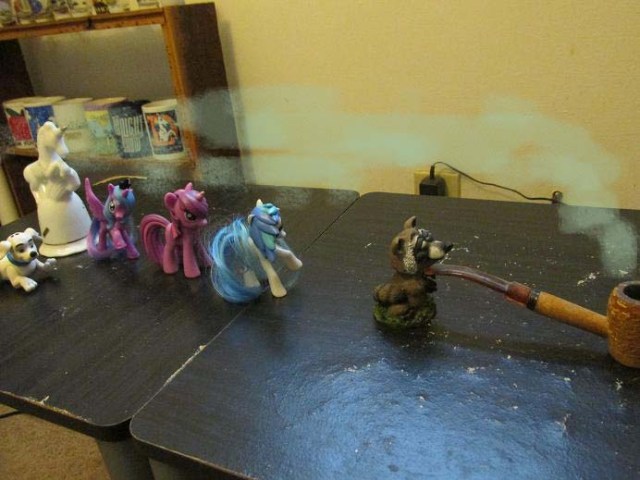 The Fried Piper’s magic was working.  One by one, the unicorns that had invaded Shelfelin were forming a conga line behind the aroma of the wrangling raccoon’s good stuff.  The Piper led the line of ponies far outside of the city and straight towards….. 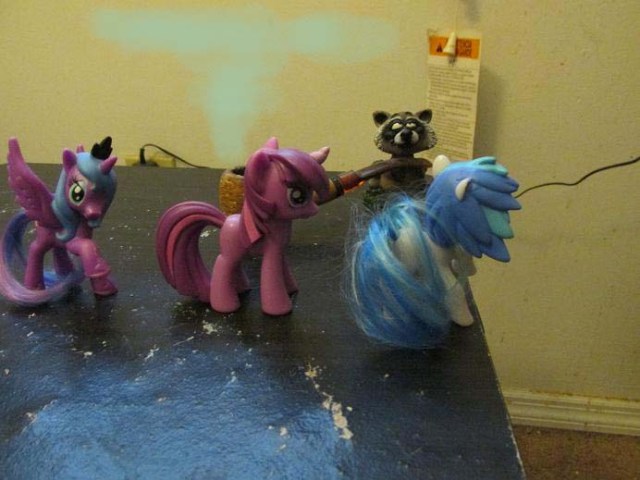 A cliff!  With their tiny little unicorn brains toasted by the smell of the piper’s hemp, one by one the pesky ponies tumbled off the edge of the cliff like lemmings.  When the last one had succumbed to its fate, the Piper and his pooch peered over the steep dropoff to gawk at the unicorn carnage below… 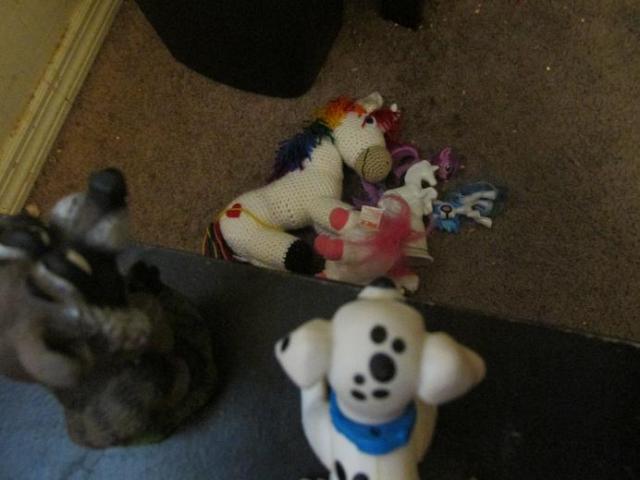 FUZZYWIG: And that’s the end of the unicorn infestation of Shelfelin!  Come, Fleabag, and let’s collect our due reward!

The Piper and his dog got a hero’s welcome when they returned to the unicorn-free streets of the village.  The town’s savior all too humbly posed for selfies with the adoring masses (at $10 per photo opp) as he made his way to City Hall to pick up his payment for services rendered… 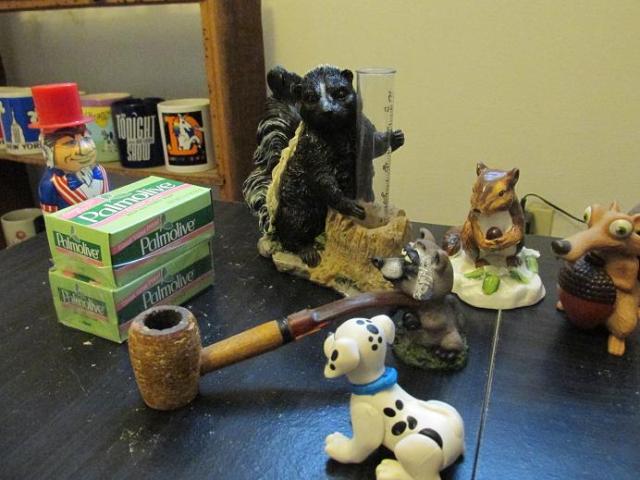 SAM: Mr. Fried Piper, you will go down as a legend in the history of our fine village.  Generations from now, our descendants will recount stories of your bravery and fine smoking skills.  I’d like to issue a proclamation….

FUZZYWIG: That’s all fine and good there, Mayor McCheesy… but how about you issue me that $1,000 reward.  And not on a post-dated check….

SAM: I….. um….. the city’s treasury seems to be a little light since Mitz…… er, my wife borrowed the town credit card to hit the mall.  I’m afraid we don’t have the funds to process your payment at this time…. however, as a token of our appreciation… please accept this block of government cheese! 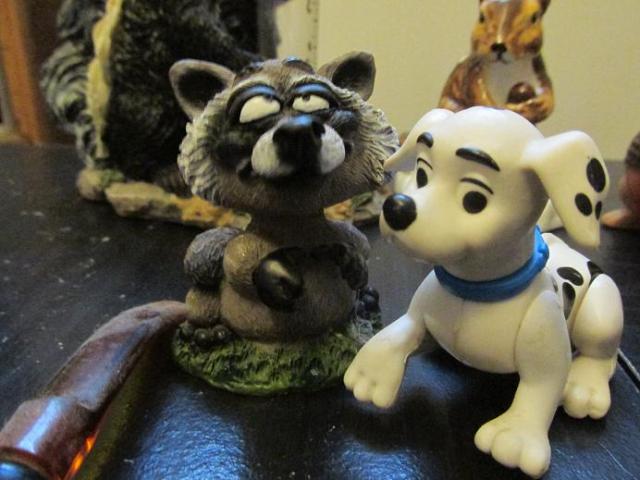 FUZZYWIG: They ripped us off, Fleabag.  Screwed us over like that chick that stole my Grateful Dead albums while I was high back in ’74.

FUZZYWIG: No, I won’t have to sell you to the Chinese buffet to make ends meet…. at least not yet.  But I do have an ace in the hole that will make this town suffer for daring to screw over the Fried Piper!  Come!

As Fleabag went off on wrangling duties again, the Piper filled his pipe full of more of that good stuff…. only this time, he was smoking the crushed up remnants of candy joints he picked up at the 7-Eleven.  And his devious plan worked like a charm…. 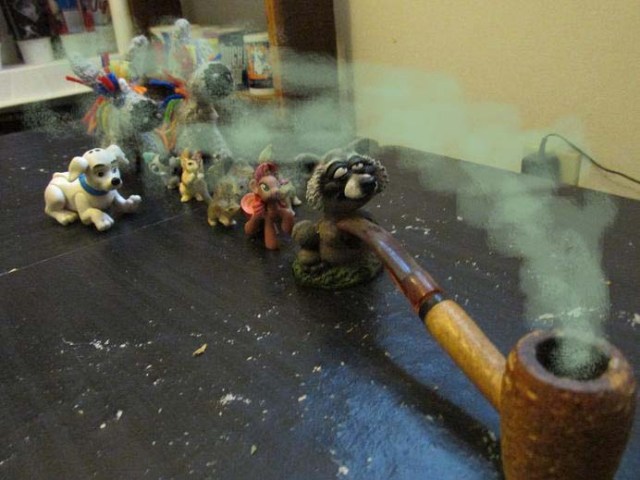 Attracted by the scent of burning sugar, all of the town’s children soon came following behind the vengeful raccoon.  Maybe when the parents of the Shelfelin woke up with their kids nowhere to be found, they’d realize how badly they fucked up by not paying off the debts they’d promised to their heroes….

FUZZYWIG: Almost, child… just take a left up here behind this bush and over to that older model windowless van there…

SNUGGLE: Hey, kiddies!!!  Welcome to Uncle Snuggie’s Summer Camp for Fun and Pedo Preversion!  Go ahead, have a piece of candy!

The lost children of Shelfelin jumped up and down with joy as they dug in to the drugged treats provided by the creepy bear….

SNUGGLE: DUDE!!!  I didn’t think you’d actually do it!

FUZZYWIG: Had no choice…. I gotta pay the Netflix bill somehow.

SNUGGLE: I understand.  Toon Disney on cable costs me a fucking fortune! 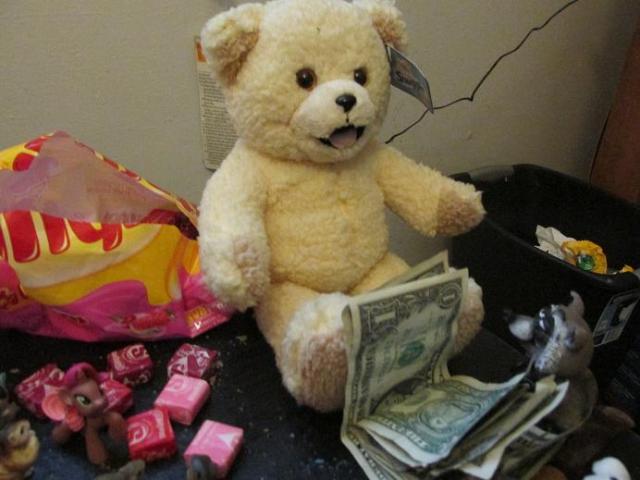 FUZZYWIG: My next contract’s with Troll Town, and they’re broke as hell too…

Bored former 30-something who has nothing better to do with his life than draw cartoon squirrels.
View all posts by evilsquirrel13 →
This entry was posted in Shelf Critter Theatre and tagged critter, fleabag, fucked up fairy tales, fuzzywig, god, kids, pied piper, rainy, shelf, skunk, smoking, snuggle bear, spray, theatre, uncle sam, unicorns. Bookmark the permalink.

20 Responses to I’m The Pied Piper