Right Down The Line

Just passing through…. don’t mind me.

a walk on the bike trail near my house, given how slothlike and unhealthy my habits have become when I’m not on the Mecca chain gang.  Yesterday morning my walk was interrupted when I noticed the “squirrel highway” that runs along the trail had a speeder on it coming in my direction.  By the time I fished my camera out of my pocket and got the thing turned on, he was already directly above me…. and conveniently, mostly hidden by a telephone pole, as you can see from my first photo above…

If you look closely, you can see why he’s in such a hurry to get the hell out of Dodge.  He’s got what looks like an acorn in his mouth…. and he probably doesn’t want anyone to know he stole it!

This photo would never pass as evidence at the trial.

Even in my blurry second photo, you can still make out the protruding acorn as he scurries along faster than the Flying Wallendas would have ever dared on the tightrope.  Hey, I’m not going to snitch on you!  I just want some cool, close up shots of you running along a wire for this week’s Saturday Squirrel!  Come back!!!! 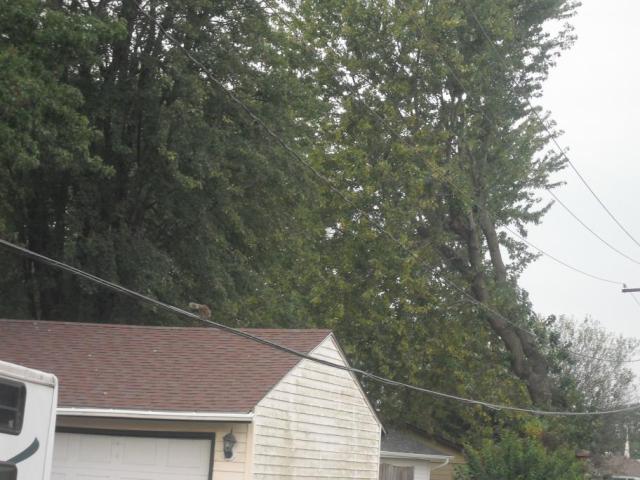 Oh well….. have a great weekend everyone!

Bored former 30-something who has nothing better to do with his life than draw cartoon squirrels.
View all posts by evilsquirrel13 →
This entry was posted in Saturday Squirrel and tagged acorn, adorable, cute, line, mouth, nut, photo, photography, running, squirrel, wire. Bookmark the permalink.

18 Responses to Right Down The Line

Leave a Reply to Tails Around the Ranch Cancel reply