Too Drool For School

Is this an episode of Our Miss Brooks, or Shelf Critter Theatre!?!?

Yep, this is definitely an episode of Shelf Critter Theatre…

TINA: Aren’t you a little too old to be going to school?

MITZI: I don’t need the learnin’!  Mitzi’s got, like, a great edification!

TWILIGHT: Then how can I help you ma’am so I can get back to doing the job I’m underpaid to do?

MITZI: I’ve got, like, two new kiddies for you class!!!

TWILIGHT: Ummmmm…. weren’t they just born last week?  I think they’re a bit too young for the third grade.

MITZI: No way!  My babeez totally belong in the advanced class!  They’re, like, totally ferocious!

TWILIGHT: I don’t think they’re ready for school yet…

ZEEBA: But I brought my pencil!

BEARCAT: Gimme something to write on, man!

TWILIGHT: Sigh…. whatever.  It’s not like I don’t have to babysit kids everyday anyway.  Take a seat…

Twilight trotted back up to her desk, wondering why she ever gave up a life of royalty for teaching.  She didn’t realize she was being tailed by her two new students… 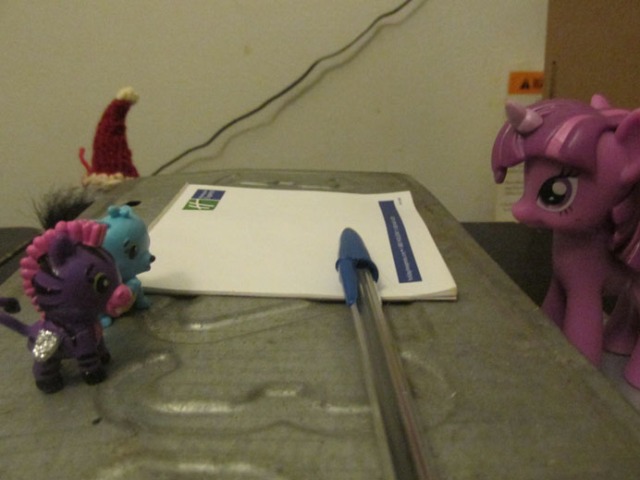 TWILIGHT: Do I have to assign you seats, or maybe fit you for leashes?

ZEEBA: Mommy said it’s, like, nice to bring the teacher an apple on the first day of school!

BEARCAT: Yeah, and we want to make sure we’re the teacher’s pets!

TWILIGHT: That’s lovely, I guess.  Just put it on my desk there and…

TWILIGHT: That’s NOT an apple!  And where did you get that from!?!?

BEARCAT: Yeah!  This stuff will add a kick to any baby formula (hic!)

TWILIGHT: Please go sit down before I have to take a sick day and drink up my gift…

TWILIGHT: Caper.  I think you’ve done your time in the dunce chair now.

CAPER: Miss Twilight, I’ve been sitting in this corner with my nose against the wall since I peed in the punch at the class Halloween party.  You forgot about me again!

TWILIGHT: Oh, so I guess I did.  Well, you may return to your seat anyway.  Now, on to our first lesson of the day…

TWILIGHT: And you just misspelled the word “misspelled.”

SPONKIE 1: But… how would you know that?  I only said it…

TWILIGHT: These episodes are closed captioned for the hearing impaired.  I can see every word you speak, mister.

TWILIGHT: Where did the two new kids go?

TINA: They went outside without a hall pass!  I saw them!!!

TWILIGHT: I am so going to learn to work from home and make thousands of dollars every month from my computer.  But first… I better round up those two miscreants.

Meanwhile, down at the schoolyard with Paul and Julio…

ZEEBA: Yay!  I get a doggyback ride!

BEARCAT: This puppy’s slobber is all foamy!  Cool!

TWILIGHT: Get away from that mangy mutt and get back into the classroom immediately!

BEARCAT: But Miss Twilight!  Kids need 24 hours of playtime a day!  I read it on a parenting blog, so it MUST be true!

TWILIGHT: I will bring the board of education out of retirement if you two don’t go inside AT ONCE!

Mitzi’s troublemaking spawn finally listen to reason and return to their seats. 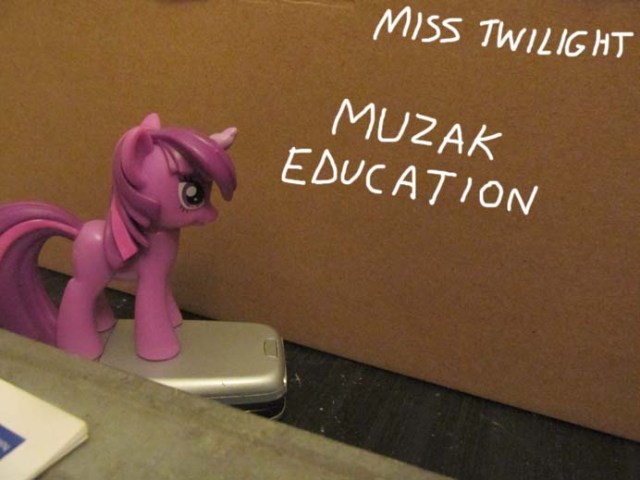 TWILIGHT: Now that order has been restored, let’s continue on with our next lesson.  Please listen carefully to the arrangement as I play Beethoven’s classic “Ode To Joy” on the class Victrola that hasn’t been upgraded since 1932…

The class grows restless while being assaulted by the shitty kazoo music, and Tina seems extra annoyed by something….

TINA: I think something died in here!  (Turns around to Caper) Is that you I smell?

CAPER: Impossible.  Even if I did toot, nobody ever notices me!

TWILIGHT: (Rips the needle off the Handel’s Messiah on the Armpit) Tina!  You really shouldn’t interrupt class…

TINA: One of the newbies just pooped their pants!

BEARCAT: Sorry, Miss Twilight.  But I really had to go.

TWILIGHT: You could have asked to go to the restroom!

BEARCAT: But I’m not potty trained yet.  All I know how to do it just poop in my diaper!

TWILIGHT: (Mutters under her breath) I did NOT sign up to change diapers…. OK, class!  This is going to be a LEARNING EXPERIENCE for you all!  Squirrel boys!  Front and center!!!

TWILIGHT: You’re all going to be fathers some day and need to learn how to change a diaper.  Now, get to it!

CHILD 4: If sticking your thingie in the cooties means dealing with nasty poopoo like this, I’ll just become a monk.

LITTLEST: Come on, guys!  Didn’t Mom make you change my diaper before?  This is a snap!

The baby squirrel removes the soiled diaper full of organically processed oats and breastmilk, causing an even bigger mess when one of his big brothers heave hos…

A few baby wipes and some duct tape later….

TWILIGHT: Don’t you think it’s a bit excessive to wrap the whole baby?

CHILD 3: And as a bonus, she might even suffocate!

CHILD 4: (Wiping up his breakfast with the dirty diaper) Can I go home now?

LITTLEST: So, now that we’re trained daddies, are we ready for sex education?

Twilight frees Bearcat from her Pamper prison and tries to carry on with her teaching duties.

TWILIGHT: Now, class.  I’ve invited a few adults to offer up some inspiring lectures to you while I hunker down under my desk and get plastered.  Our first guess was Public Shelf School #69’s valedictorian back in 1993.  Please welcome Mr. Troll!

A smattering of applause and spitwads greet the esteemed alumnus.

TROLL: I just wanted to tell you kids about how important it is to stay in school and graduate with good grades like I did.  You too can have a great job corralling shopping carts at the grocery store!

TWILIGHT: That’s not a job kids dream about!  You’re supposed to be inspiring them.

TROLL: To hell with inspiration!  I live in the real world, man!  All this education, and my skills aren’t in demand.  Nope, I’m making $8.10 an hour sweeping up cigarette butts of the parking lot!  Stay in school and get that diploma and you too can learn the proper way to clean out the rotten food dumpster!

Twilight pushes the big time failure out of her classroom and ushers in the next guest.

Yeah, this is going to go well, too…

TWILIGHT: Officer Friendly here will teach you about the dangers of drug use!

FUZZYWIG: Yeah.  Drugs are, like, really bad for you and stuff.  Here, let me show you what I mean with this bag of “evidence”…

TWILIGHT: You can’t bring MARIHUANA into the school like that!

FUZZYWIG: What are you going to do, have Officer Friendly arrested?  Here kids.  Pass this around and be sure to share!  Don’t bogart the demonstration…

Pretty soon, the entire class looks like a scene from a Cheech and Chong movie.  Through all of the smoking grass, nobody notices Caper get hauled off through the window and into an older model windowless van… never to be seen again this episode.

FUZZYWIG: You kiddies all have a good time, and I’ll even make sure the lunch bell rungs an hour earlier.  Now if you’ll excuse me, I need to head back to the station and get ready for 4:20 roll call…

Twilight gets a fan to clear out the lingering reefer in the classroom, and once again tries to return this to a normal school day… 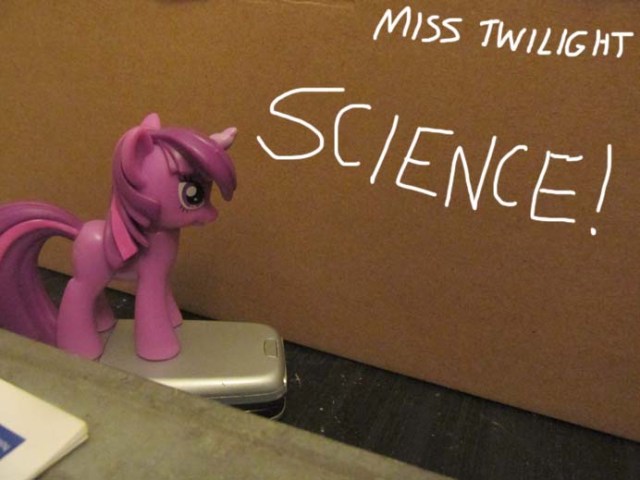 TWILIGHT: Now we’re all going to line up and head down to the charred remains of the chemistry lab so we can mix random dangerous chemicals together and…

Twilight’s instructions are interrupted by…….. snoring.

TWILIGHT: I wonder if it’s a crime to throw students out the window?  Hey you two!!!

TWILIGHT: You can’t sleep in class!  That’s against the rules.

TWILIGHT: Naptime ended in kindergarten!  You’re going to have to…

Both babies start crying up a storm… startling the sixth grade teen motherhood class next door.

TWILIGHT: This isn’t going to work!  Come on you two… we’re going to discuss this with the principal!

TWILIGHT: Principal!  These two children are only a week old and are entirely too young to be in school.  I need you to notify their mother and have them taken home with her at once!  Principal?  Are you listening to me? 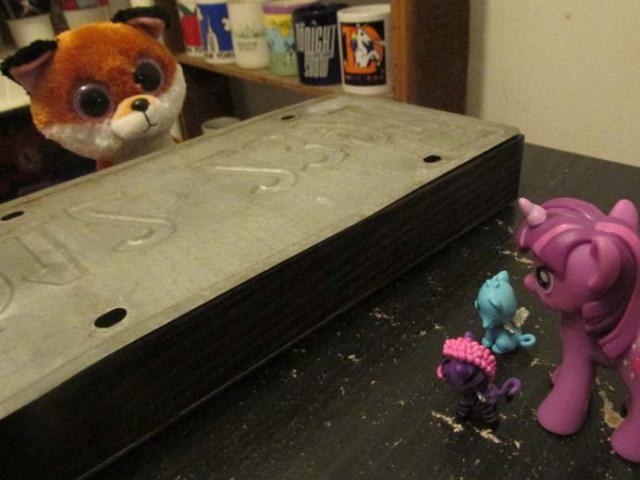 TWILIGHT: Good!  I assume you’ll be in touch with Mitzi then.  I’ll take the little ones down to Nurse Rainy and have her watch them while we wait for their mother to come.  Sound like a plan? 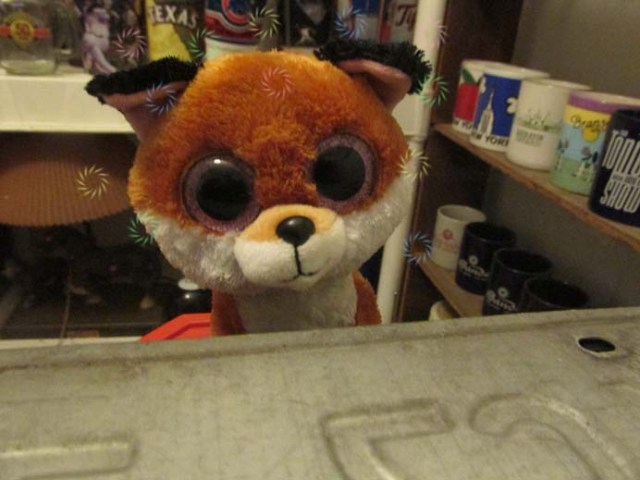 Twilight takes Zeeba and Bearcat down to Nurse Rainy to make them her problem for the rest of the day.  Meanwhile, Principal Fox…… well, doesn’t do anything.

Not that he needs to….

MITZI: (Wiping snacks off her face) Lulz!  Like, was she talking about me?

14 Responses to Too Drool For School