No way, dude! Take that back!

We’re at that midway point on our journey across the current row on your calendar, and that means it must be Wednesday!  So let’s bring out our best negative vibes and smack another shitty classic upside the head on The Nest’s Top 30 Iconic Songs I Can’t Stand countdown!  We’re getting oh so close to the Bott… er, Top 10, and it’s starting to rot my eardrums out just searching for these lousy ass songs on YouTube to put in the posts.  Well, thankfully I have ponies to do the dirty work for me so I can spend more of my time writing up thoroughly non-clever and unwitty insults for garbage such as this….

If there is anything my longtime followers should know about me, other than the fact that I like critters and am a fucked up mess, it is that I grew up in and absolutely adore the nostalgia of the 1980’s.  Probably well over 90% of the music I feature here on Mondays came from that decade.  I used to have a Flashback Friday series that covered quite a few old memories of 80’s fads and pop culture.  The good old days weren’t always good, but the 80’s were fucking awesome… 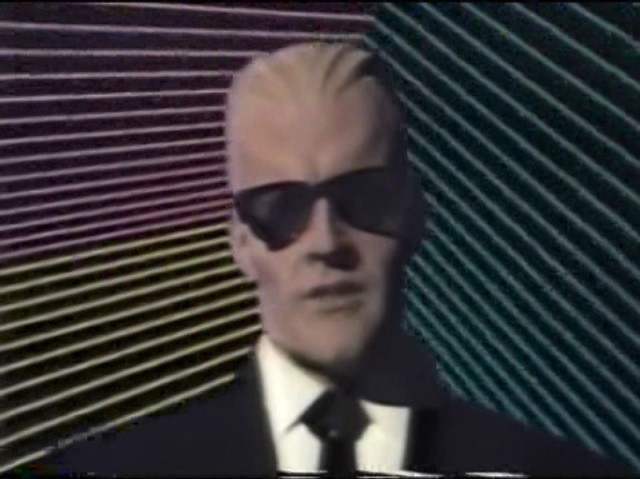 A little over ten years ago, someone from my old internet home introduced me to a then-current pop song that was seemingly made for me because it was so totally 80’s.  All of a sudden, my decade didn’t seem as cool as I thought it was…

Like every other group of people who have ever existed, those who lived through and came of age in the 1980’s have been reduced to an unintentionally unflattering stereotype.  And as is often the case which these kind of generalizations, the more different individual pieces that get added to the puzzle, the more ridiculous and impossible the overall picture becomes.  To demonstrate what I mean, let’s take a gander at “1985’s” lyrics…

Hey! This song was originally written by SR-71! Whoever the hell they are…

Well, really, who wouldn’t want to?

Whoa!  Hold up a minute there, Soup Guys!  Whitesnake’s “Here I Go Again,” referenced to in an earlier verse, was from 1987.  Nirvana broke out in 1991.  That’s only four years later… I wouldn’t say this lady is preoccupied with a time “way before Nirvana”…

There was U2 and Blondie
And music still on MTV

Dafuq!?!?  Blondie’s last year of 80’s relevance was in 1981…. a full SIX YEARS before our Whitesnake reference (Not to mention four years before the title year of the song)!  Blondie’s way before Whitesnake is greater than Whitesnake’s way before Nirvana!  No wonder our protagonist is having mental issues… she can’t even keep track of fucking time periods correctly.

The only two people actually preoccupied with 1985.

Unless this is an obscure reference to the very short-lived Gary Cherone era in the late 90’s, this almost has to be talking about Sammy Hagar taking over for the uber popular David Lee Roth as Van Halen’s lead singer after the former embarked on a solo career in…….. you guessed it, 1985!  How can someone who watched enough MTV to fantasize about taking Tawny Kitawn’s place atop David Coverdale’s car in 1987 not be aware that one of the biggest rock bands of the decade set off with a new lead singer in 1986!?!?  Good music can overcome shitty lyrics (Not that “1985’s” music is very good to begin with), but horrendous attention to detail like this takes me out of the song and bothers the fuck out of me…

And quite frankly, this bothers the fuck out of me too.

The pathetic collection of mismatched references in this song are a product of our wanting to categorize nostalgia strictly by decade.  It’s why people can think Nirvana came along long after hair metal… yet freely associate said genre with a band that was actually popular in the waning days of the disco era.  A giant chain link fence with razor wire has been erected at midnight of every January 1, 19×0 in the 20th century… and nothing is allowed to pass or associate with any trend or event located on the other side.  And that insane way of thinking about the past only gets worse the farther you move the farther you move the timeline from an era… where centuries, rather than decades, become the guideposts… and since nobody (other than Keith Richards) is still alive from those times, the historical accuracy of those long ago eras is extremely suspect.  This is why you commonly see Dark Ages themes at fairs that are supposedly supposed to be about the Renaissance…

Gotta love those free thinkers of the Enlightenment…

I’ll return next Wednesday with the song that was just good enough to not make the Top 10….

Bored former 30-something who has nothing better to do with his life than draw cartoon squirrels.
View all posts by evilsquirrel13 →
This entry was posted in Iconic Songs I Hate Countdown and tagged 1985, 2004, 80s, bowling for soup, countdown, decades, hate, iconic, music, nostalgia, songs. Bookmark the permalink.