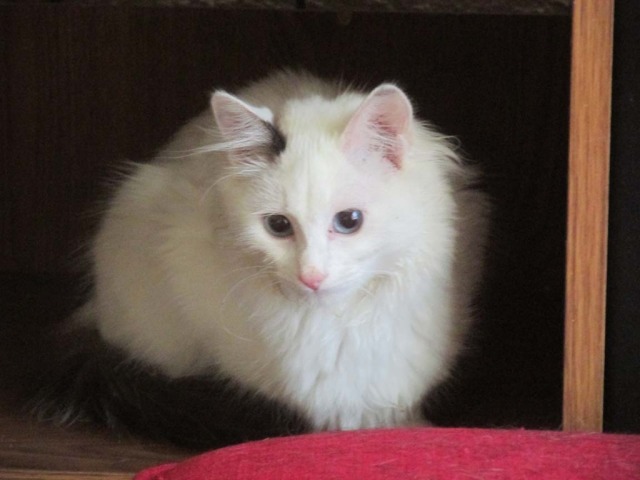 This place is disgusting! 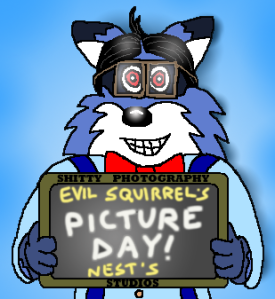 You may remember a few weeks ago I spotted a new cat carousing about the neighborhood… and since I have such a big fucking heart, I put some food out for it to eat… which was wolfed down like that first buffet meal after a failed diet.  She, as I’m pretty sure of the gender now, showed back up at my house the morning after I made that post… and feeling somewhat sorry for her, I let her come inside for a bit.  Maybe even testing to see if she would fit in at The Nest… and most importantly, with the two established feline residents. 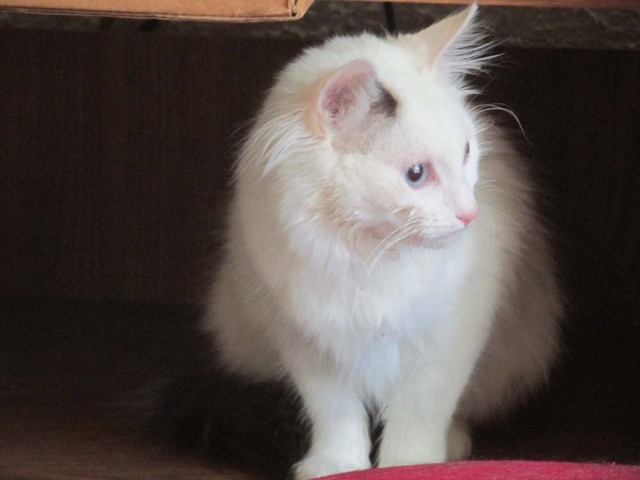 I ought to piss all over their toys…

To say that our pretty little white kitty came in and started ruling the roost was an understatement.  She had Ody petrified, and Biskit hiding behind the TV… and was extremely rude to both if they dared to sneak up and try to introduce themselves.  What’s more… after eating what I had put out for her on the porch, after coming inside she helped herself to the entirety of the boys’ breakfast.  Just daring either one of them to try and stop her.  Catitude… yeah, she had it. 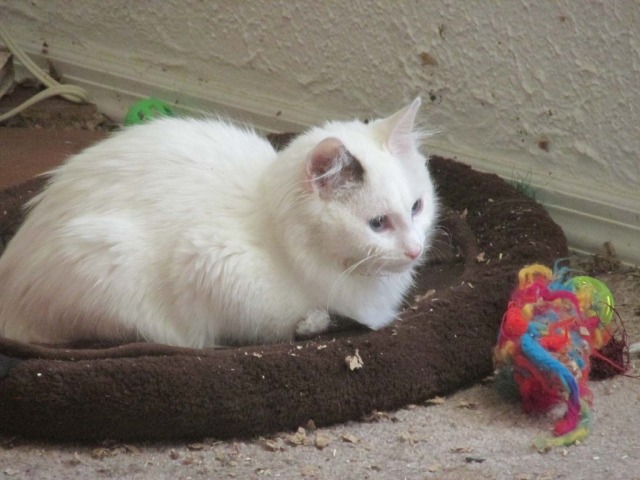 I kept her inside for around three hours that Wednesday morning, while I was answering the comments on that initial cat post and maybe led some of you into believing she had become a permanent adoptee.  That didn’t happen… there were just far too many red flags over her compatibility not only with Ody and Biskit, but with myself as well.  The final straw was when I tried to pet her…. down the back and lightly grabbing the tail as I’ve always petted cats, and she was having none of that shit.  Sorry dear… back out the door you go. 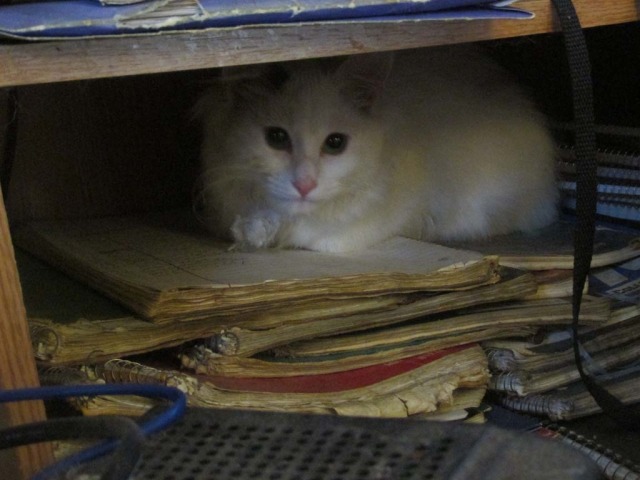 I hope you enjoyed crashing on my notebooks, though.

She still comes to the door every once in a while for a handout, and always gets one… at least when she shows up in the morning and not as I’m backing the car out of the driveway to go to work in the evening.  Sewie needs to train the beggars on when the kitchen hours are… 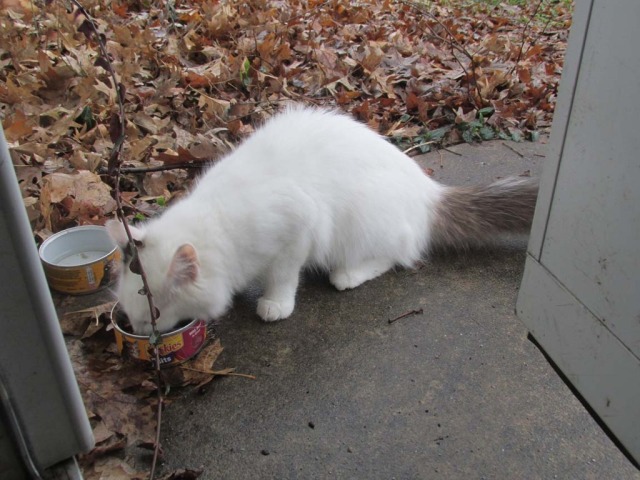 It’s not five star dining, but I guess it will do.

I’ve still been calling her kitty, so a name has yet to stick.  Though I was just remembering that Kosmo from the Rantasalot Photo Blog noted that she resembled a Turkish Van cat.  I don’t think that’s quite right, but she does have the white body, colored tail and colored patches near the ears.  Vannie (Biskit is about the only pet I ever had that didn’t get a name ending in -y or -ie) just might feel right, though she hasn’t been by in about a week for me to try it out.  I do hope she continues to stop by, though I’m not sure that sentiment’s shared with the others around here… 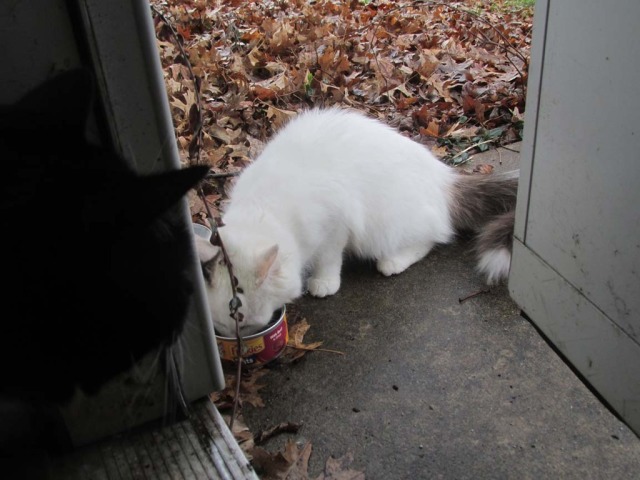 How dare you eat my food! I’d come out there and kick your ass if…. um….. if I wasn’t so chivalrous.

Bored former 30-something who has nothing better to do with his life than draw cartoon squirrels.
View all posts by evilsquirrel13 →
This entry was posted in Picture Day and tagged adorable, cat, cute, feeding, inside, photo, photography, white. Bookmark the permalink.

21 Responses to Come On In