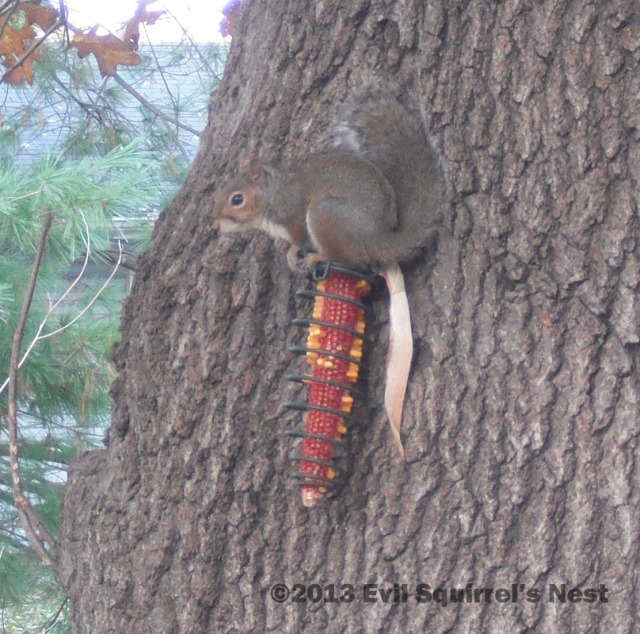 You’ve seen the photos on the internet.  Maybe if you’re truly unlucky, from people you actually know on social media.  They intentionally position themselves with a background item in a funny or usually preverted way.  Think Deuce Bigelow posed in front of the Leaning Tower of Pisa.  This squirrel is that guy…. er, critter.  Not only does the corncob give him the look of a squirrel who is very much in the mood for…. something, but the strand of husk still attached to the cob appears to be coming from his….. ick.  This squirrel is so disgusting.  Come to think of it, he’d be very popular with my Shelf critters…

Bored former 30-something who has nothing better to do with his life than draw cartoon squirrels.
View all posts by evilsquirrel13 →
This entry was posted in My Top 200 Photos and tagged corn, corncob, funny, innuendo, joke, photo, photography, squirrel. Bookmark the permalink.