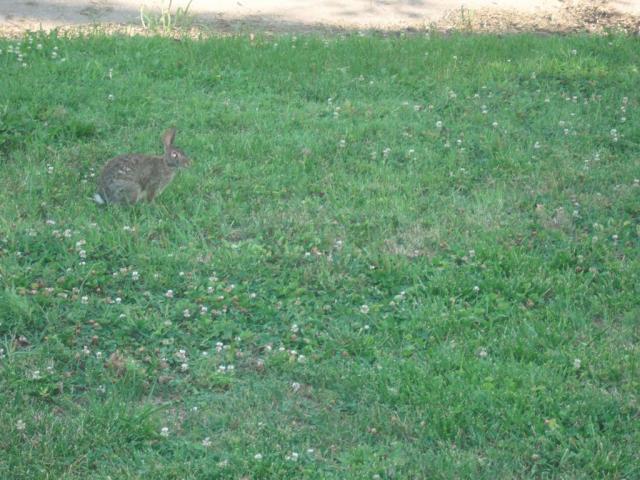 One of my favorite things about animals are the chemical makeup of their eyes that allow them to glow brightly when a light hits them just right.  It’s much cooler than the “red eye” we humans tend to show off in flash pictures.  I can’t imagine I was using a flash while taking this daytime picture, but the bunny’s eye definitely has a glow to it… and that glow appeared in almost every one of the handful of pictures I took of him.  I chose to use this one for the countdown since his head is cocked just enough to make the eye glow (Which can be seen better if you click to enlarge the picture) seem somewhat sinister in nature.  What’s up doc, indeed.  I pity Elmer Fudd if he tries messing with this wascawy wabbit…

Bored former 30-something who has nothing better to do with his life than draw cartoon squirrels.
View all posts by evilsquirrel13 →
This entry was posted in My Top 200 Photos and tagged bunny, eyes, glowing, photo, photography, rabbit. Bookmark the permalink.