The Gizzard Of Blahs – Part II 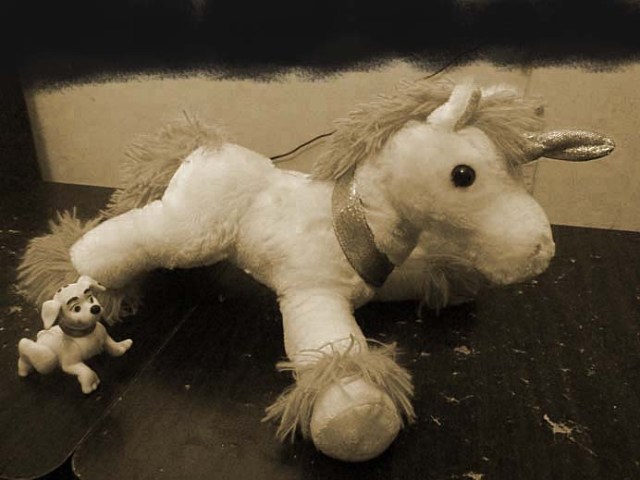 Mitzi Gale and her loyal mutt Fleabag race back to the farm, hoping to return in time to watch “Real Hosuewives Of Tittybong” with Auntie Ess.  Mitzi, as you might expect from a ditz, seems completely oblivious to the nasty storm brewing overhead…

MITZI: (Seeing that Fleabag stopped to bark at a possum) Puppy Wuppy!  We, like, totally have no time to be woofing at kyoot little critters along the road!

Just as Fleabag is about to pounce and infect the possum with his rabies, or possibly the other way around…..

MITZI: Like, we’ve got to really hurry home now before we totally get sucked up into that spinning Playtex! 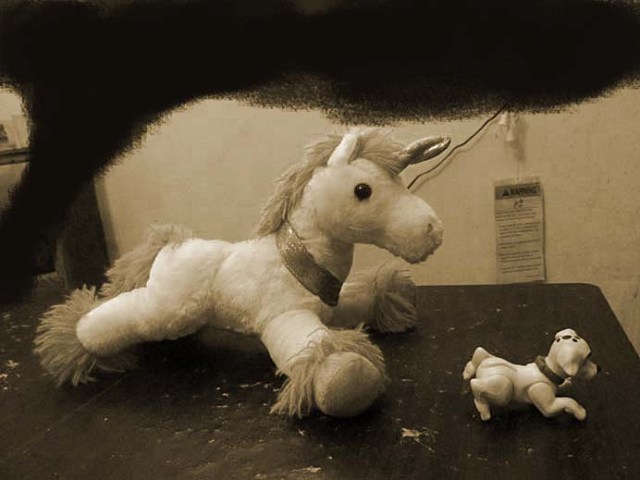 Mitzi and Fleabag make a dash for it, with the powerful twister nipping at their heels!

Meanwhile, back at the farm….

RD: If I don’t bring home the bacon, your mother will have me sleeping in the silo again with all the wheat germ.

Rainbow Donkey drops his knife at the sight of the approaching tornado, allowing breakfast to get away….

RD: Well, that’s unfortunate.  Partly cloudy, my rainbow behind!  I guess we better go to the storm shelter I built to prepare for Y1.9K.  Come on, kids…

SPONKIE 1: We can’t go without Mommy!

RD: Sigh, I guess I won’t get any Carrie Underwood style sweet revenge.  OK, you two go fetch your mother and I’ll open up the cellar…

SPARKLEPONY: Hush up, you two!  Can’t you see I’m trying to watch “Real Housewives Of Tittybong?”

SPARKLEPONY: ALONE… since your no-good cousin Mitzi decided to run off somewhere rather than keep her poor Auntie Ess company while she watches unreality TV…

SPONKIE 2: This is impossible, Mommy!  Television hasn’t even been invented yet!!!

SPARKLEPONY: Aw, dammit!  They always do these stupid tests when it gets to the really juicy part!

SPONKIE 1: Mommy!  There’s a tornado coming!  We have to get in the storm shelter right away!!!

SPARKLEPONY: Wait a minute!  We can’t hunker down without Mitzi!  Where is she!?!?

RD: I’m sure she’ll be fine.  We have to save our own asses right now, dear…

Once all four members of the sparklecorn family are safely inside the shelter, Rainbow Donkey locks the door up tight… 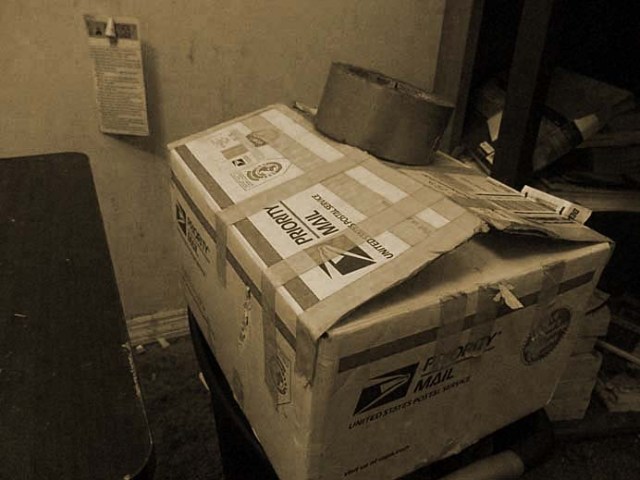 No sooner had the cellar door been secured when Mitzi and Fleabag came running up the dirt path to the farm.  Alas, they were too late to take shelter….

MITZI: Like, open up the door Auntie Ess!!!  Uncle Donkey!!!

MITZI: It’s, like, no use, Fleabag!  They totally can’t hear us with all of this wind and stuff!  We’ll have to run in the house and assume the position!

I’ll bet you like doing that, don’t you Mitzi?

Mitzi and Fleabag hunker down under the Hello Kitty pink covers in her bedroom as they hear the destructive storm outside rage so loud, they can’t even hear Jim Cantore’s live remote from the barnyard.  It sounds like the house is literally coming apart at the seams!

MITZI: Oh noes!  This, is, like a totally awkward time to be getting a case of the tingles down there!  Why does it feel like I’m riding in an elevator? 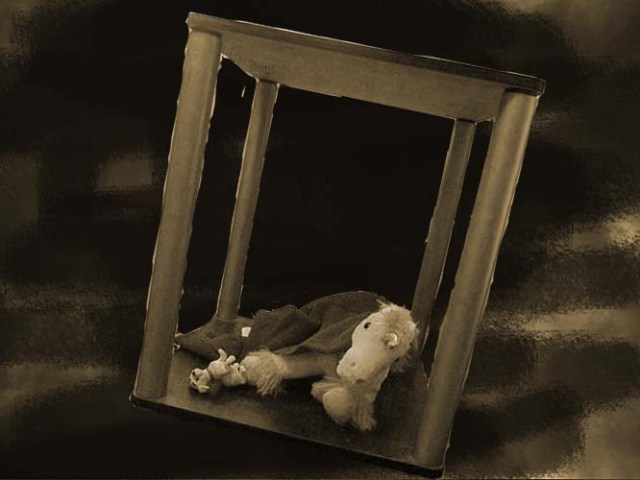 Just then the bedroom widow blew out and gave Mitzi a great view of the darkened sky.  They were definitely moving up….. and around and around!

MITZI: OMGOMGOMGOMG!!!!  We, like, totally got sucked up by the sharknado!  This isn’t the kind of Twister I like playing!  What are we going to do, puppy wuppy!?!?

The two laid there helplessly under the covers, looking on as all kinds of other strange objects caught up in the tornado blew by…

MITZI: That is NOT a bicycle!

RAINY: Use your imagination, if you have one.  And now pretend my bicycle is morphing into a broomstick!

MITZI: Oh goody gumdrops!  Are you going to use it to sweep the clouds away?

RAINY: Who did you have to screw to land the starring role in this movie?  No, don’t answer that, I don’t want to know….

The annoying sound effects of the brutal storm have stopped.  There is dead silence as Mitzi and Fleabag attempt to dust themselves off after their dramatic free fall from about 69 miles in the sky… 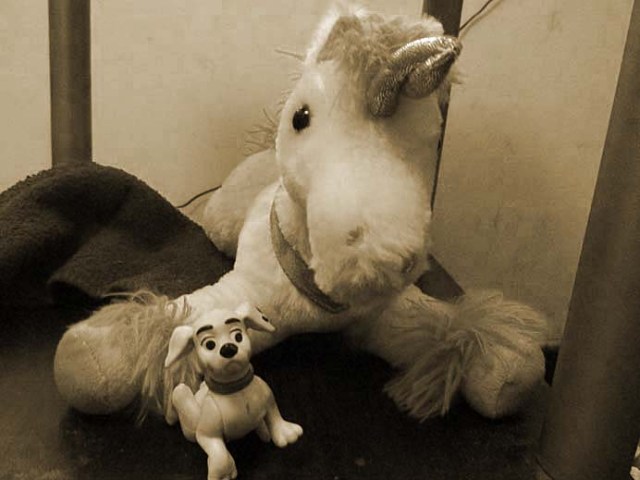 MITZI: Upsy daisy!  I think the twisty is gone now, puppy wuppy!  Now that we’re back on, like, terra cotta, let’s go outside and see what all got totally destroyed!

Mitzi and Fleabag open the door to their banged up farmhouse…..

MITZI: Holy ripped jeans, Fleabag!  The storm, like, made it rain color!

The two survivors wander outside of the house, but it’s clear that the chromatic makeup of their world isn’t the only thing that’s different….

MITZI: Fleabag, I, like, totally don’t think we’re on The Shelf anymore….

Bored former 30-something who has nothing better to do with his life than draw cartoon squirrels.
View all posts by evilsquirrel13 →
This entry was posted in Shelf Critter Theatre and tagged critter, dog, farm, fleabag, funny, humor, mitzi, parody, rainbow donkey, shelf, sparklepony, sponkies, storm, theatre, tornado, unicorn, wizard of oz. Bookmark the permalink.

21 Responses to The Gizzard Of Blahs – Part II