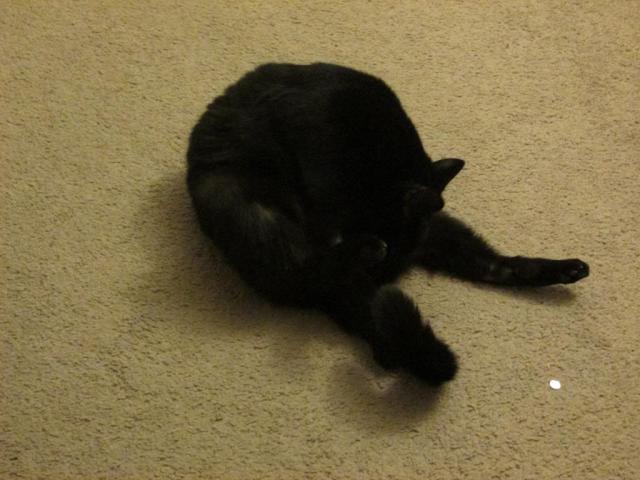 There’s an old lament you might have heard before that’s said in response to watching an animal (usually a dog) go to town “polishing the jewels.”  “If I could do that, I’d never have to leave the house!” some old prevert would say.  It’s an awkward and maybe even uncomfortable thought to behold… but if we humans were flexible enough to lick our private areas…. would we?  There may be contortionists who can actually answer this question (hopefully not with a practical demonstration)… but for many of us, it remains purely a philosophical question.  Regardless of whether most people would partake of this method of self pleasure or not, you can still enjoy my cat Biskit slurping whatever was left that the vet hadn’t previously whacked off.  If nothing else, he’s flashing (no pun intended) some serious style in his pose…

Bored former 30-something who has nothing better to do with his life than draw cartoon squirrels.
View all posts by evilsquirrel13 →
This entry was posted in My Top 200 Photos and tagged a question for the ages, biskit, black cat, cat, nuts.licking, photo, photography. Bookmark the permalink.