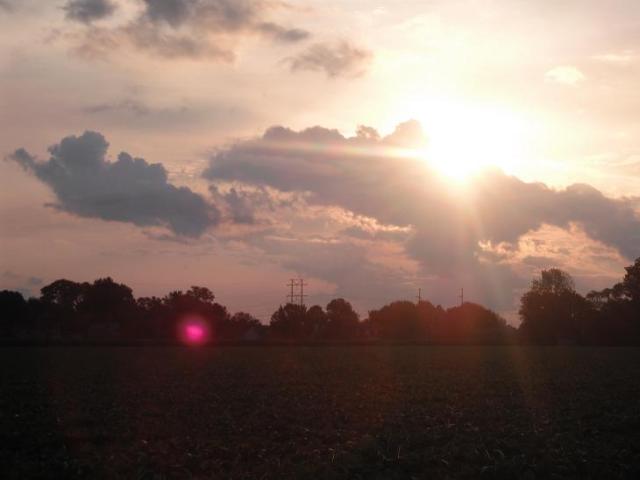 For as long as humans have been able to look at the sky, we have always wondered if there is any other form of intelligent life in the universe.  Have they tried visiting us before?  And would they come in peace or blow this god forsaken planet to smithereens?  I don’t know the answer to any of those questions… but I do know what I captured on in this photo is not of this earth.  At least, I didn’t see it… but my camera did.  That glowing red orb just under the trees at the end of that field… what is it?  And will it try to harm me or my squirrels?  Sure, it’s certainly some sort of illuminated illusion caused by the sun also being in the picture.  But it’s much more interesting as definitive proof that we have been visited by UFO’s…

Bored former 30-something who has nothing better to do with his life than draw cartoon squirrels.
View all posts by evilsquirrel13 →
This entry was posted in My Top 200 Photos and tagged alien, glowing, illusion, light, photo, photography, red, sun, ufo. Bookmark the permalink.