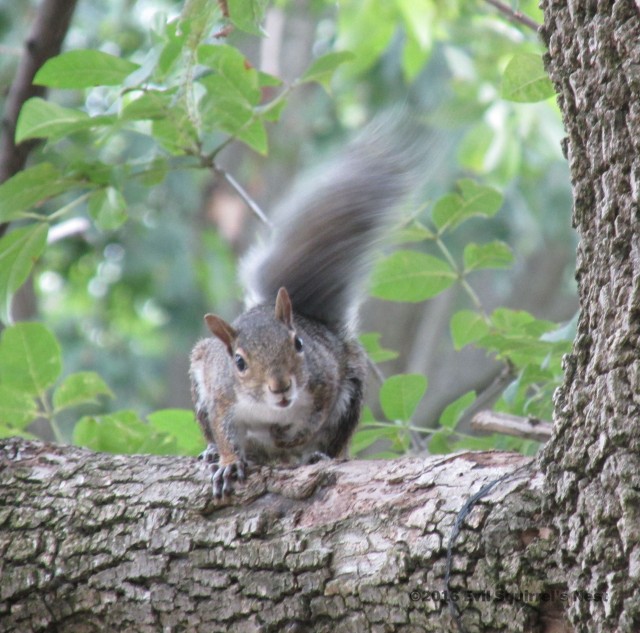 Oh squirrels.  They seem to have just as much of a love/hate relationship with us humans as we do with them.  Have you ever pissed off a squirrel just by being in its sight?  I was in my driveway with my Mom who was just about to leave when this squirrel in the tree just a few feet away from us became quite visibly upset at our very presence.  Its gaze was fixed on us in the most amusing way you see above, while its tail alternated from dead still to swishing like a flag in a hurricane.  I was able to get a few photos of him giving us the cute death stare, and this swishy one was the best of the bunch (The full set can be found here).  You can literally see the whipping motion of his tail in the blur it caused.  I hope he can at least be consoled by the fact that his paranoid antics got him a pretty nice spot in the upper half of my photo countdown…

Bored former 30-something who has nothing better to do with his life than draw cartoon squirrels.
View all posts by evilsquirrel13 →
This entry was posted in My Top 200 Photos and tagged photo, photography, squirrel, swish, swishing, tail, tree. Bookmark the permalink.