The Minister of Propaganda encourages you to cheer for today’s earworm… or risk being shot.

It’s the day of the week that somehow only comes three days prior to Black Friday, and that would be Monday.  That means it’s time for us to drastically reduce the price on another slightly scratched and dented item in our Top 30 Novelty Songs of All Time countdown!  DJ Scratchy is offering up another fine selection that will be played without regards for profit, while the Sponkies fight off other parents for the last O Moment Mitzi doll.  We think you will “soitenly” enjoy this week’s oddity…

The Three Stooges are one of America’s most recognizable and famous comedy troupes, filming nearly 200 shorts during the 1930’s, 40’s and 50’s that originally appeared as appetizers in theaters.  The trio of knuckleheads gained a new level of cult fame in the 70’s and 80’s when the classic shorts went into syndication and were aired on local stations across America to much fanfare.  The Stooges usually aired late at night and became a Saturday night ritual for many fans of their slapstick antics… including me and my sisters back in the day.  Yes, my sisters!  Forget all that bullshit you hear about only men liking The Three Stooges…

What in the hell’s wrong with chicks anyway?

In 1983, a guy by the name of Peter Quinn penned the song that would become the ultimate tribute to the Stooges, and in particular, the troupe’s signature character, one Mr. Jerome Horowitz…. aka, Curly Howard.  Quinn’s band Jump ‘N The Saddle recorded this homage, which became a regional hit in the Chicago area… and attracted enough attention for the major label Atlantic Records to sign them.  That got “The Curly Shuffle” on the national radar turning it into a #15 Billboard hit, as well as my seventh favorite novelty song of all time…

The song became so popular among Stooges fans, that the video montage above was created and it actually was included in the syndicated packages, airing occasionally along with the original shorts.  The song also essentially cemented Curly’s batshit wild and crazy character as the universal favorite among serious fans of the ensemble.  Now Curly’s great, don’t get me wrong… but it was Curly’s brother who went on to replace him in the late 40’s after Curly suffered a debilitating stroke who was actually THE funniest Stooge of them all.  Yes, this guy… 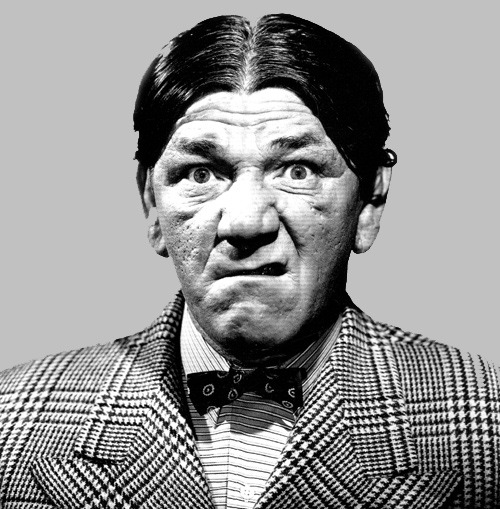 Yeah, I’m on Team Shemp.  But The Shemp Shuffle just doesn’t quite roll off the tongue the same way, does it?

And to those of you who don’t like slapstick comedy because you think it’s cruel or demeaning…. well, please accept this virtual eyepoke from me to you! 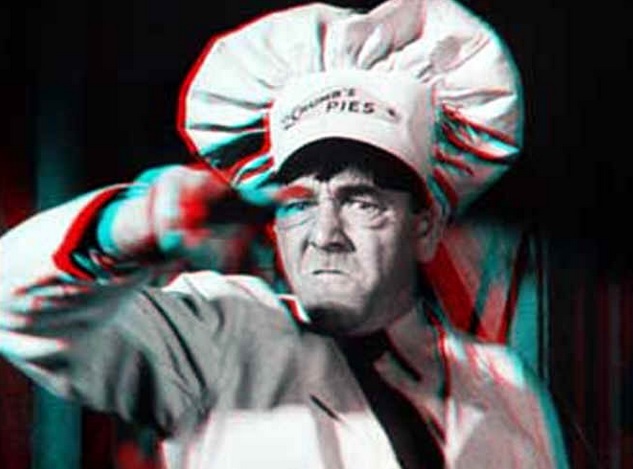 In super shitty 3-D even!

Come back next Monday for the next post in my novelty song countdown, which won’t even really be about the song….

Bored former 30-something who has nothing better to do with his life than draw cartoon squirrels.
View all posts by evilsquirrel13 →
This entry was posted in Novelty Song Countdown and tagged countdown, curly shuffle, jump n the saddle, music, novelty, song, stooges. Bookmark the permalink.