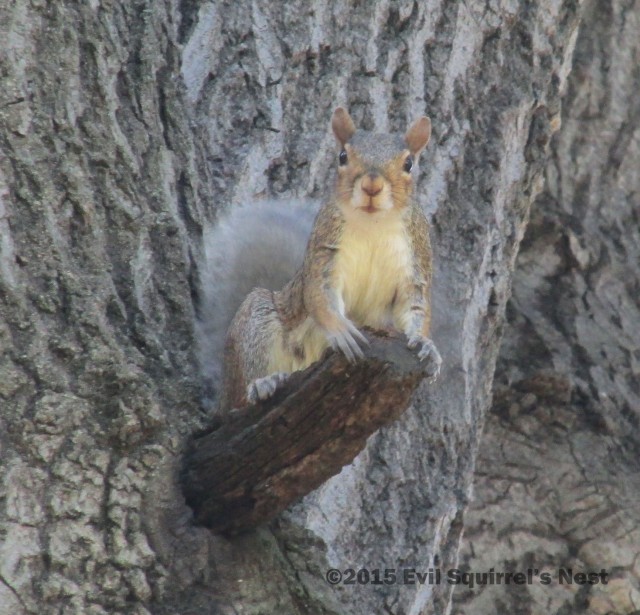 No, this squirrel doesn’t have a massive case of morning wood… though that might explain the curious look on his face.  This park squirrel found himself a branch just big enough for him to sit on, and apparently wondered why I felt the need to photograph him in his happy zone.  That expression that is massive doses of wonderment and awareness of his surroundings makes this photo such a winner.  If only he knew how absolutely cute he looked posing there like that, he would understand why he was getting his picture taken by the weird looking human on the ground.

Bored former 30-something who has nothing better to do with his life than draw cartoon squirrels.
View all posts by evilsquirrel13 →
This entry was posted in My Top 200 Photos and tagged branch, cute, looking, photo, photography, squirrel. Bookmark the permalink.