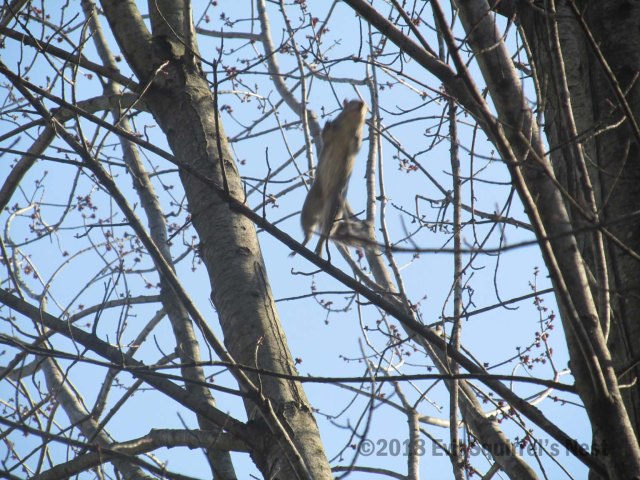 I had mentioned in an earlier entry that the Holy Grail of squirrel photography, at least for me, would be to capture a picture of a squirrel in mid-leap high up in a tree.  This photo I took earlier this year is the closest I have come to that yet.  The setting is actually perfect… an ant’s eye view of a squirrel who is clearly leaping between branches since there is no wood at all underneath him.  It irks me somewhat that the squirrel came out fuzzy, though leaping shots usually end up like that.  Still, it’s a pretty good example of the death defying acrobatics squirrels are willing to make way up off the ground every single day, and live to tell about it…

Bored former 30-something who has nothing better to do with his life than draw cartoon squirrels.
View all posts by evilsquirrel13 →
This entry was posted in My Top 200 Photos and tagged acrobat, jump, leap, photo, photography, squirrel, tree. Bookmark the permalink.