The Most Dangerous Image 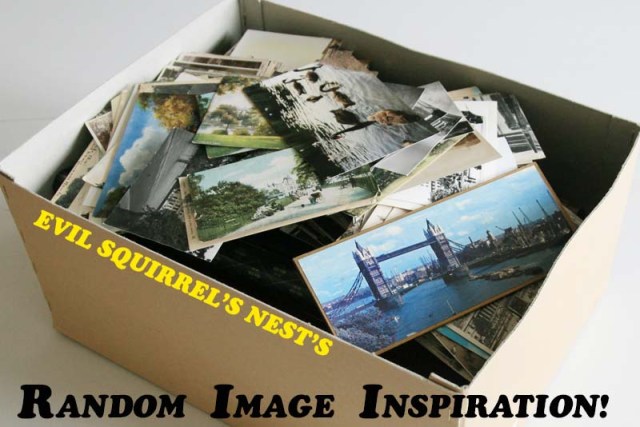 It’s time for The Nest’s newest Wednesday feature Random Image Inspiration, where some picture someone uploaded to that giant common photo album known as the internet will help inspire today’s post.  If you want to see how I’ll be choosing that image, you can feel free to check out the rules I outlined in RII’s debut last week (I know you won’t click on the link, but Sparky’s rules of blogging demand that I insert as many gratuitous links to past posts as possible).

Even though I’m writing this post the same day it goes live, I went ahead and found the winning image on Monday morning.  This week’s random numbers….

The 11th post in my Reader that morning was this one by Marilyn.

I braced myself for that combo spitting out a bunch of politically themed images… and that’s exactly what it did.  But it seems I got lucky in that regard!  Or did I? 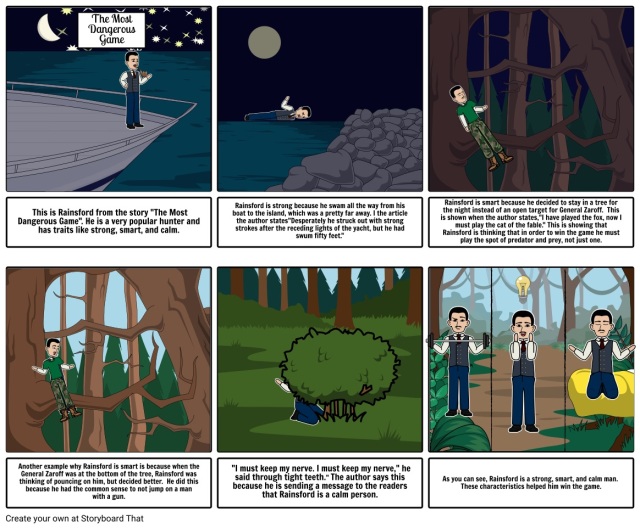 Who says blogging can’t teach you anything.  I never knew of this tale’s existence.  The short story “The Most Dangerous Game” was written by Richard Connell way back in 1924, and was adapted into a movie eight years later.  It tells the story of one Sanger Rainsford, who falls off a yacht and ends up swimming to a desolate island that just happens to be inhabited by a Russian aristocrat, General Zaroff, who is so bored that he gets his rocks off hunting the poor saps who wash up on his atoll.  Talk about someone living out Fantasy Island… 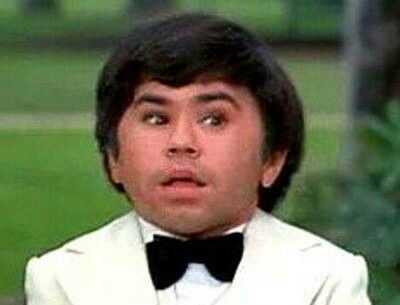 Boss, what you doing with that shotgun? Boss? Boss!?!?

So Rainsford must spend the next three days outwitting Zaroff, his henchman, and a pack of hounds on the hunter’s turf.  It’s a grueling challenge that requires every bit of Rainsford’s wits to survive, but he comes out on top and personally ends the General’s cruel game.  YAY for our hero Mr. Rainsford!  Wow, whatcha gonna do to celebrate escaping from that hellish nightmare that no person should ever have to go through? 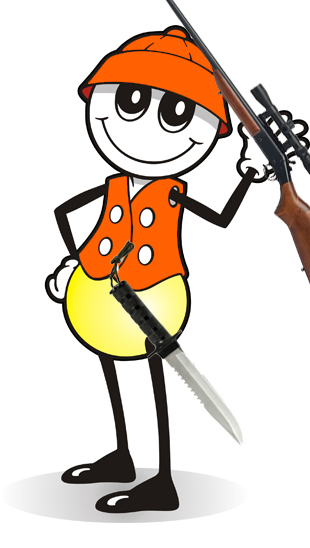 You see, “Game” was written by Connell as a morality play on multiple levels… and Rainsford just had the tables flipped on him for once, that’s all.  Rainsford is a big game hunter and was in fact on his way to such a lopsided hunt of Amazonian jaguars when he went overboard and wound up discovering what it’s like to be the prey for once.  While that shit’s still going on in these days where people will pay large sums of money to kill an unsuspecting animal who isn’t even given their own weapon… back in the 1920’s before Sarah McLaughlan came along it was truly all the rage.  Gee, how uncivilized humans were a century ago… 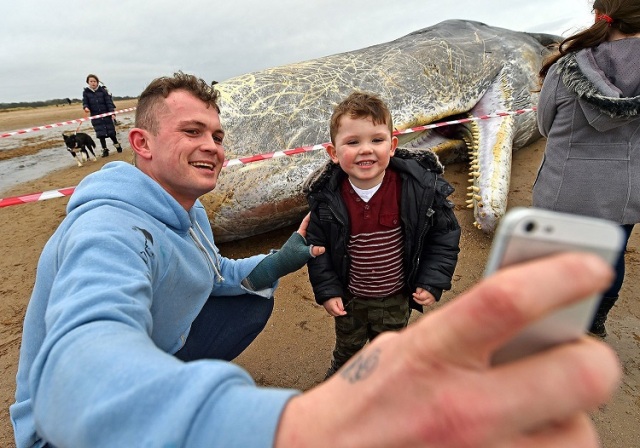 Selfies with beached whales were probably commonplace in that barbaric age.

Rainsford, in fact, views animals the same way every trophy hunter with more money than common sense does.  They have no feelings, no human ability to reason, no soul.  They act purely on instinct like little robots on four legs.  What’s wrong with popping off a few rounds in their flanks and watching them die for the thrill of it?  I mean, it’s not they can suffer as they bleed out since they have no feelings, right?  Killing things is so much fun, is it not? 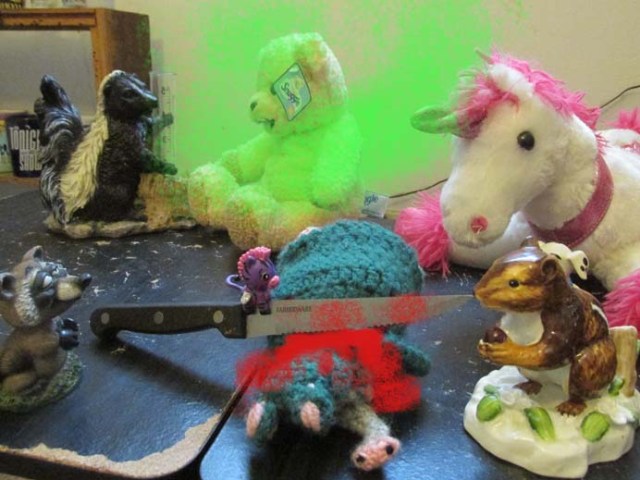 So while the reader seems to be led to root for Rainsford to survive the savage General Zaroff’s game… I think I would have sided with the Russian.  Zaroff’s reason for hunting men who end up stranded on his island, other than insanity from too much exposure to the sun’s rays, is that men have a reasoning ability that animals do not possess which makes humans more interesting and “fun” to use as prey.  If Russia is really a land full of fluffy, ear tufted squirrels… I find it hard to believe the General really thinks animals can’t fucking think.  Anyone who’s watched a squirrel try to solve the puzzle of how to get in their birdfeeder knows that there’s more than just termites buzzing around in those tiny little brains… 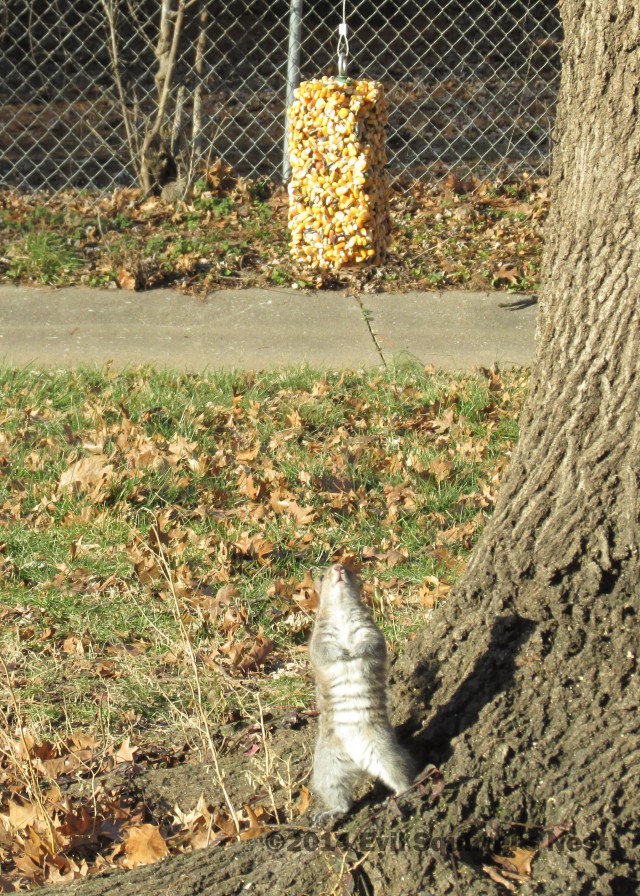 I’m really cute when I think!

But if Zaroff wants to subject big game hunters to their own unfair contest… I say more power to him.  And I hope he bumps off a lot of idiots in those silly white safari hats.  Seriously, I don’t make a lot of judgments on people and their views because I’m really that tolerant… but if you kill animals for sport, you completely suck.  And I hope your version of the afterlife involves a lot of eternal running and hiding and staring down the barrel of a shotgun from your own personal General Zaroff.  You, Big Game Hunter, are indeed the scum of the earth… 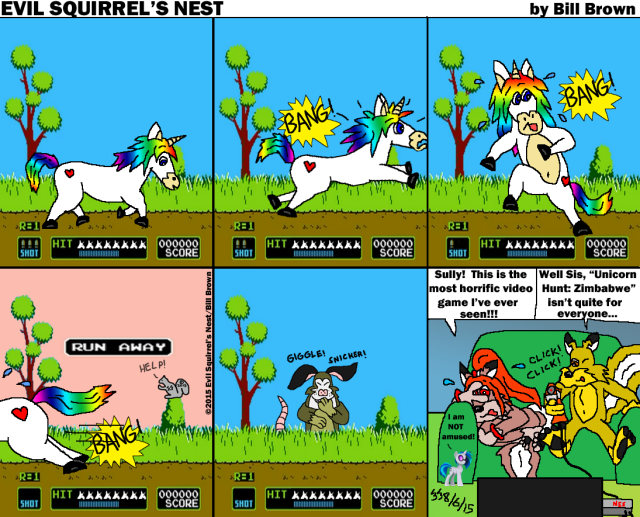 I’ll be the talk of the gated community with a unicorn head mounted in my den!

Bored former 30-something who has nothing better to do with his life than draw cartoon squirrels.
View all posts by evilsquirrel13 →
This entry was posted in Random Image Inspiration and tagged big game, general zaroff, hunting, idiots, image, inspiration, morality, rainsford, random, the most dangerous game. Bookmark the permalink.

12 Responses to The Most Dangerous Image