The time has come for another twisted turn down the road to anywhere!  Welcome to another Wednesday episode of Random Image Inspiration!  The Randomator found fresh meat this week!

The 14th post in my Reader was this one by Biker, Books and Yarn!

Yeah, so the Randomator still can’t manage to pinpoint cool words.  The 66th image was an encrypted mess that couldn’t be used, so…

Typing “I to” into Google Images turned this up as the 67th result…. 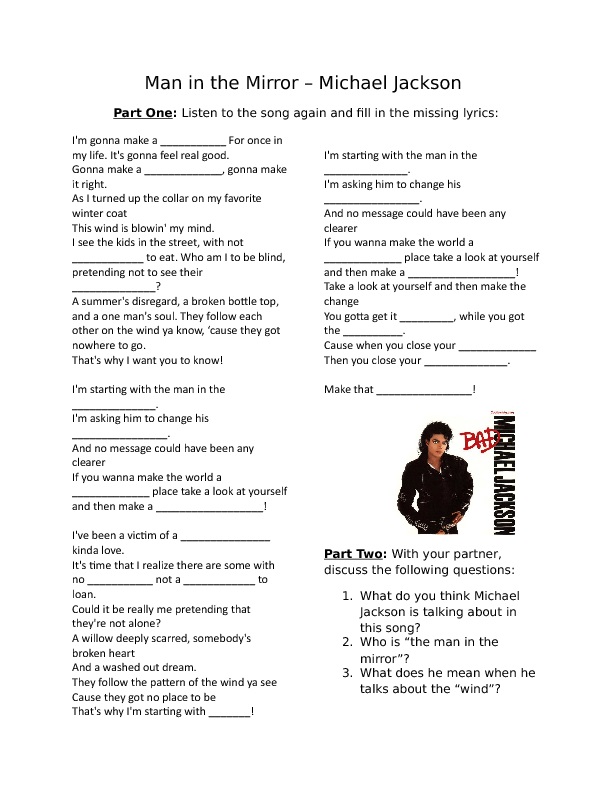 That, folks, is a worksheet designed for school children and it’s about a Michael Jackson song.  I was in 6th grade when “Man in the Mirror” came out, and the teacher would’ve sent me to the principal’s office for playing newfangled garbage like that!  How times have changed…

Well, let’s find some students to fill out our worksheet and see how smart they are about 80’s pop music…

SNUGGLE: Aw, man!  I think the clock is slow!

TROLL: How come I gotta sit in the back of the class with the burnouts?

TWILIGHT: Today I have a special guest from the muzak department to help with our lesson!

SNUGGLE: Shit!  I forgot to read the Cliff’s Notes!

FUZZYWIG: Has class started yet?

Scratchy hands out a purple-inked mimeographed ditto to the class…

SNUGGLE: Dafuq is this shit?  I didn’t pay all of that tuition to come here and take tests!

TROLL: I thought you were sent here as part of your community service probation…

MITZI: Like, totally tubular!  It’s about Mikey Jackson!  He sang that song about me, but had to, like, totally change the name to Diana because “Mitzi” didn’t have enough syllabuses!

SCRATCHY: You have four minutes and twenty seconds to complete your assignment… get started already!

FUZZYWIG: Great.  Might as well get expelled from night school as well…

FUZZYWIG: I’m gonna make another joint.  I won’t have any idea how I’ll feel later on…

SNUGGLE: He’s gonna make a donut, like that guy from the commercial who got up every morning to make the donuts!

TROLL: Hey, that was me one year!  Then I got fired because they didn’t have a hairnet that fit me and the glazed donuts were a little fuzzy…

FUZZYWIG: Poor kids got the munchies!  I told those third graders I sold to last week they needed top pace themselves…

SNUGGLE: Naw, they don’t have any candy!  And who am I to be blind pretending not to see their pretty panties?

FUZZYWIG: Would you like to have a seat over there, Mr. Snuggle?

TROLL: Snuggle and MJ, the terrors of Neverland!

TROLL: How do you spell that?

TROLL: The Shelf makes the world a fucked up place.

SNUGGLE: Yeah!  Just make a Shelf Critter Theatre episode!  And don’t forget to include a hot, steamy sex scene between me and…

TROLL: Oh fuck!  We better start writing any old shit down!  Anyone got a pen?

FUZZYWIG: (Reaches in pocket) I do…. no wait, that’s just my vaping joint.

TWILIGHT: Well, it looks like you’ve all failed the test and will have to repeat this class next year!  Scratchy, what do you think about the poor performance our students…..? 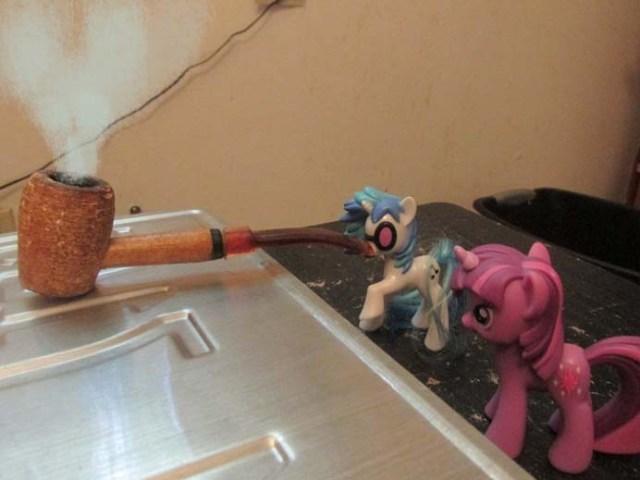 SCRATCHY: What?  I only agreed to come to your class so I could get some of this good shit.

SCRATCHY: Does he want a hit too?

Bored former 30-something who has nothing better to do with his life than draw cartoon squirrels.
View all posts by evilsquirrel13 →
This entry was posted in Random Image Inspiration and tagged funny, fuzzywig, humor, image, inspiration, man in the mirror, michael jackson, mitzi, random, scratchy, snuggle, troll, twilight. Bookmark the permalink.