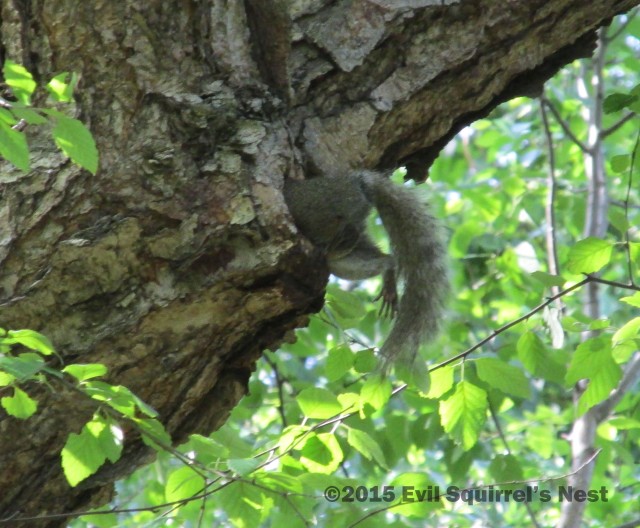 I hate being stuck in an August rut.

The Nest continues on its quest to create a virtual squirrel calendar based solely on the photos I’ve taken each month over the past few years, and this week we turn our attention to August!  Since August has no holidays or special occasions, at least on the American calendar, we at least want to have something pretty to look at for those 31 days when we’re wishing Fall would start!  That’s where you, my readers, come in handy… because you get to pick the squirrel that will represent each month!

And that’s exactly what you did last week for the month of July.  The results please…. 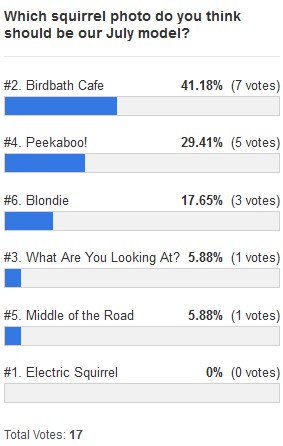 Birdbath Cafe was a previously overlooked photo I had to dig out of my archive to fill out the slate of candidates for the blah (in sciurine terms) month of July… and lo and behold, he was the early favorite and eventual winner!  Congrats on gaining overnight fame and a spot on the coveted calendar! 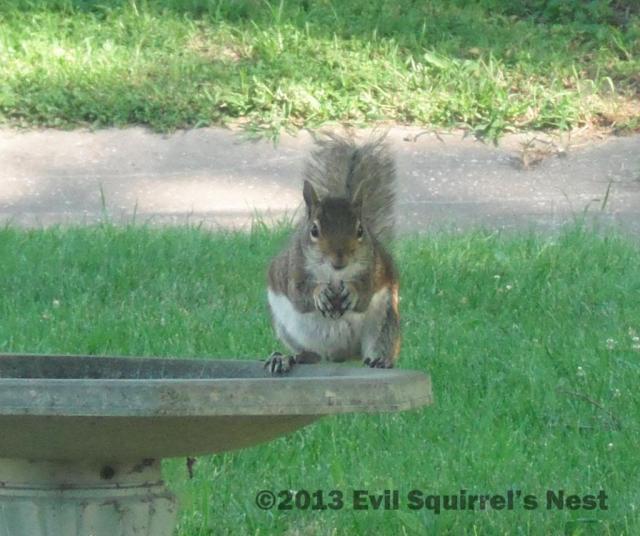 That’s wonderful. Can I finish my lunch in privacy now, please?

And now onto August!  While it continues the Dog Days of summer that make for conditions not fit for man nor beast to participate in squirrel photography, the sciurine early preparation for Fall is usually well underway by the last couple weeks of the month… and it’s led to some of my more interesting squirrel pictures.  Here’s the candidates vying for your love and adoration for August, in chronological order… 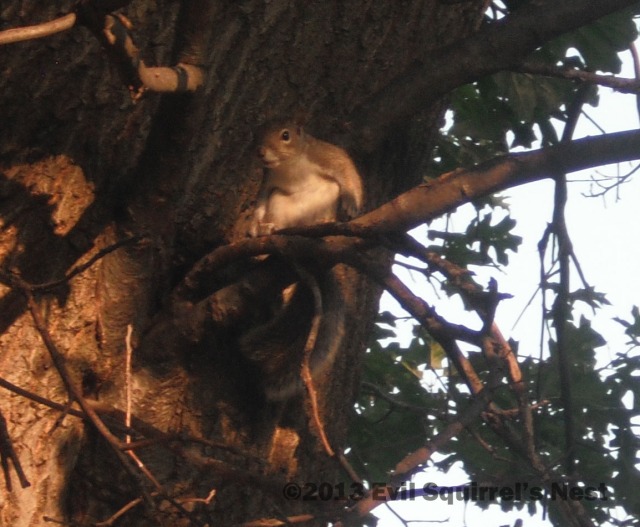 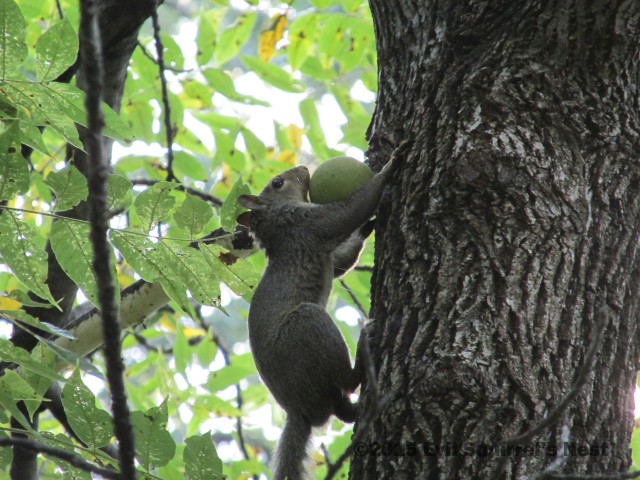 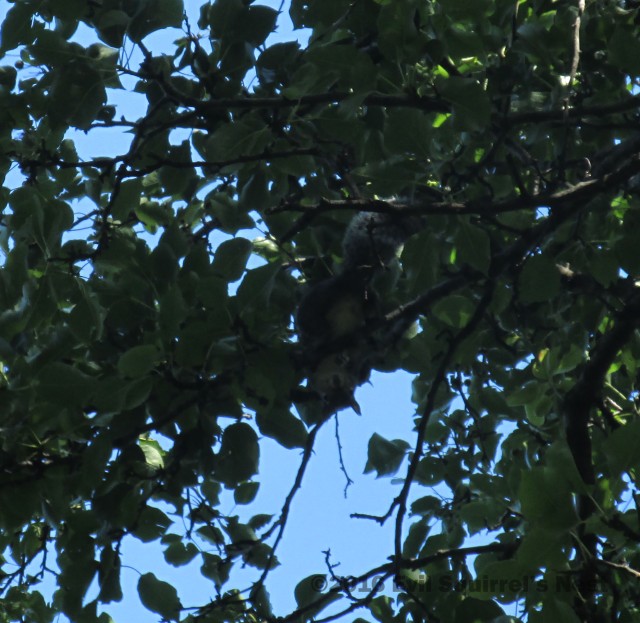 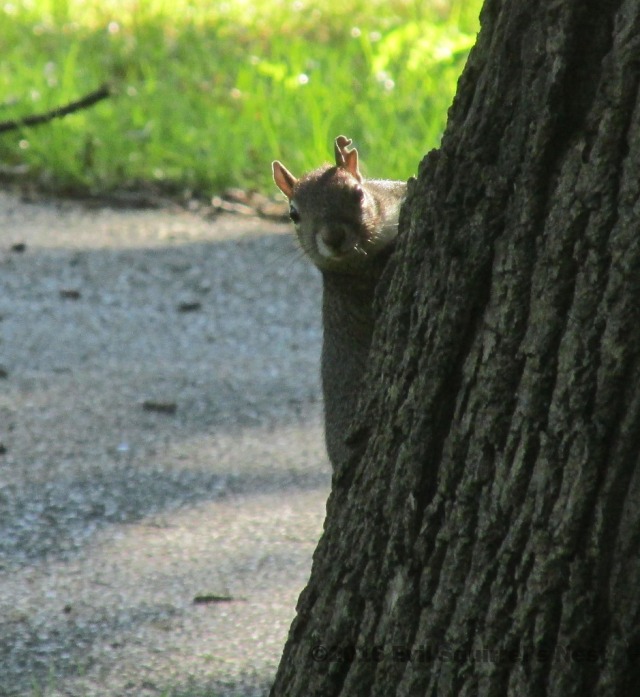 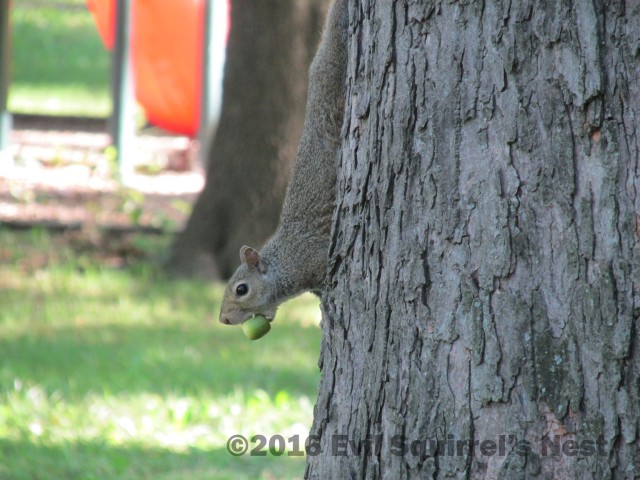 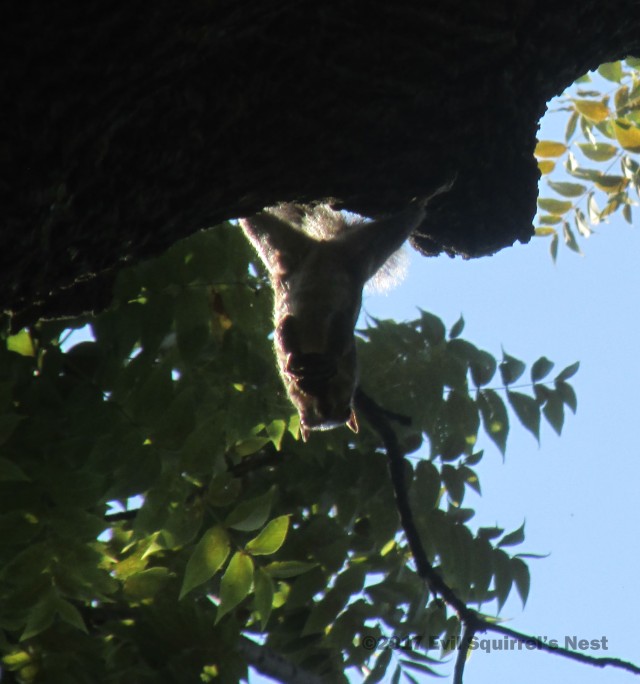 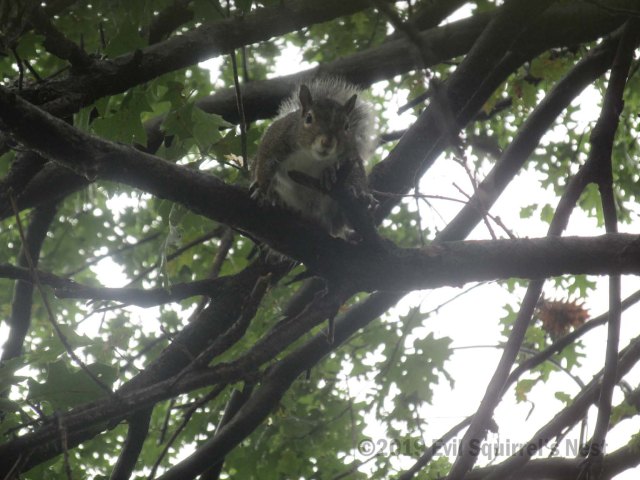 So…. which one did you like best?  Be sure to vote for your favorite in the poll below, or if you can’t see the poll, let me know in the comments below!

Please participate in the process and help us decide who should be the August squirrel!  Because if you don’t, I’ll make you all vote for actual politicians next week, and nobody wants to resort to that… 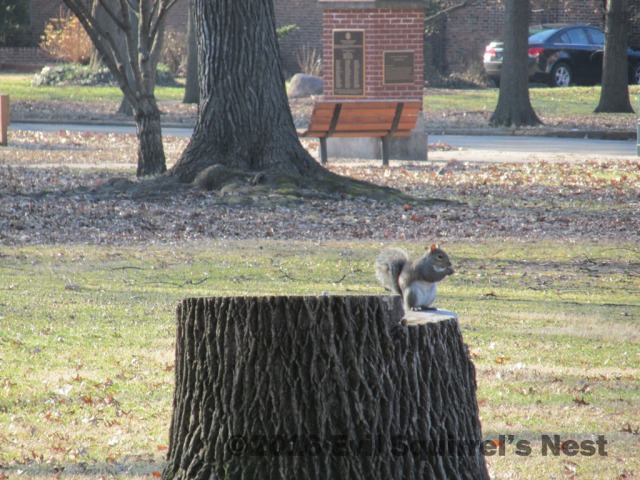 Does that mean I can’t stump for votes?

Bored former 30-something who has nothing better to do with his life than draw cartoon squirrels.
View all posts by evilsquirrel13 →
This entry was posted in Calendar Squirrel and tagged august, calendar, photo, photography, poll, squirrel, vote. Bookmark the permalink.