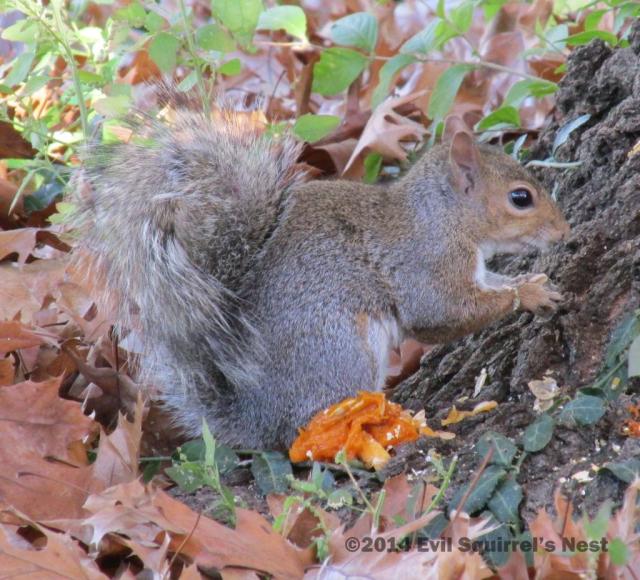 We must give thanks for this glorious pumpkin feast!

The Nest is creating a virtual squirrel calendar based on some of my finest sciurine photos I’ve lucked into taking over the years, and my readers are getting to select which critters make the final cut!  We’re into the homestretch now, with the wild month of November up for bids this week.  But first, let’s take a look at last week’s results for October…

The added vote for #5 was on behalf of Crimson Owl, who is the only one other than Rantasalot who has let me know she can’t see the poll.  The addition didn’t matter in the end, because despite all of the early votes for Vampire Squirrel, the ever giddy Cheering Squirrel captured the October slot on our calendar!  What do you think about that, little guy?

Now let’s see if we can make another squirrel just as deliriously happy as that guy.  Here are the nominees I chose for the November squirrel based solely on the photos I took during that month.  Through sheer luck, I actually managed to pick one photo from each year I’ve been taking squirrel photos, other than this year obviously since I don’t own a DeLorean.  As always, in chronological order, and starting off with a face you see on my blog every Saturday… 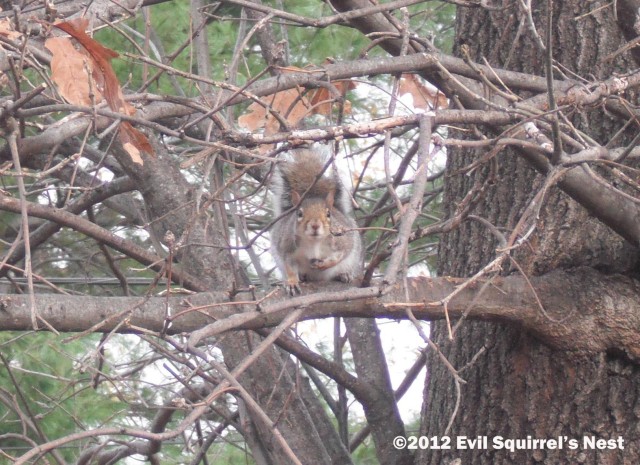 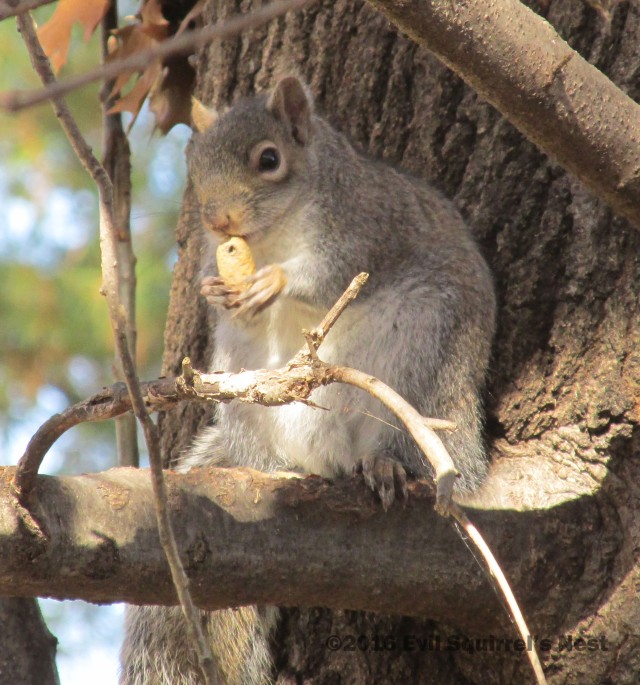 So…. how about those November squirrels?  Which one do you think would look best for the year’s penultimate month?  Vote below, or if you can’t see the poll below, let me know in the comments along with your choice!!!

Get your vote in before next Wednesday night the 6th!  This election day, vote for something that actually matters… your favorite calendar squirrel!

I promise three acorns in every pot!

Bored former 30-something who has nothing better to do with his life than draw cartoon squirrels.
View all posts by evilsquirrel13 →
This entry was posted in Calendar Squirrel and tagged calendar, november, photo, photography, poll, squirrel, vote. Bookmark the permalink.