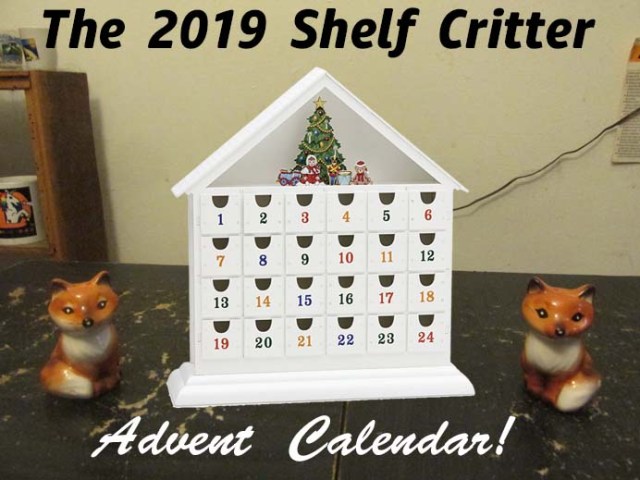 It’s all the family friendly fun of a Christmas tradition combined with the raging dumpster fire that is Shelf Critter Theatre.  The Nest is counting down the days until Christmas with our beloved critters who help keep you entertained on the days they’re not under shelf arrest.  The SCAC is on Day number seventeen, which will hopefully not be as lame as a Winger song… 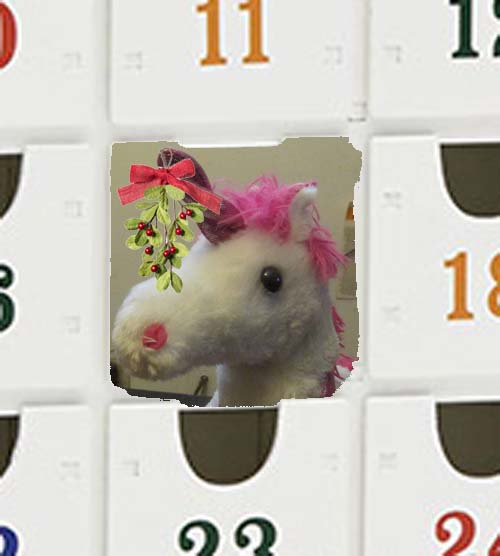 Well, we should have known sooner or later we’d open a door to find the shelf’s version of a one whore open sleigh.

That’s what I’ve heard, Mitzi… that you’re always open for “business.”  Speaking of business, I have to ask what Christmas means to a bimbocorn like you.

MITZI: Like, can’t you totally see the bling Mitzi’s wearing for the occasion?  Christmas is totally about the mistletoad!

I think you mean mistletoe?

MITZI: That’s totally what I said!!!  Now that Mitzi has her mistletoad hanging from her horn, it’s time for Mitzi to get her Christmas smoochies!!!!  Like, who’s first? 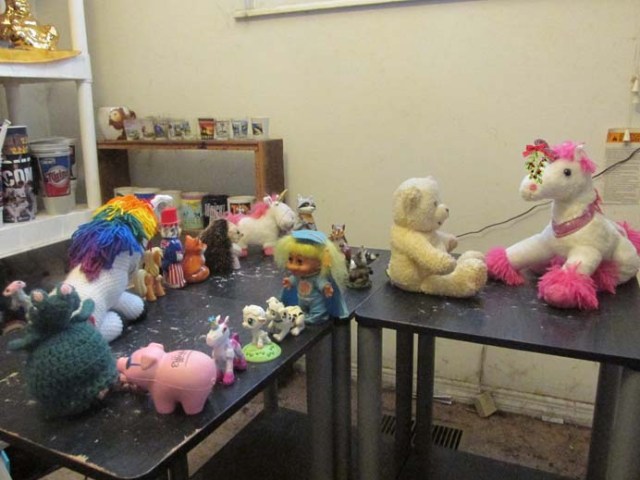 MITZI: Like, OM to the G!  I’ll need to totally put on some more cherry Chapstick….

Bored former 30-something who has nothing better to do with his life than draw cartoon squirrels.
View all posts by evilsquirrel13 →
This entry was posted in Advent Calendars and tagged advent calendar, christmas, kiss, mistletoe, mitzi, shelf critters, unicorn. Bookmark the permalink.