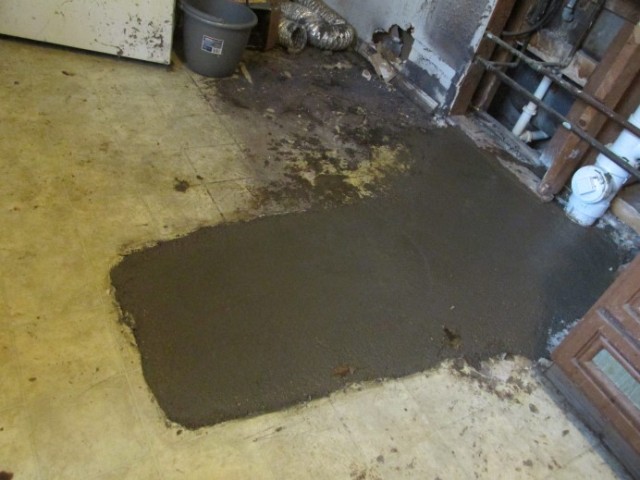 It’s time to share my world, so I may as well share the aftermath of the trench that was dug in my kitchen floor two weeks ago.  This was the resulting Quikreting job that will become a permanent part of my kitchen decor.  Before you ask, yes, they did clean up the resulting mess after it set the next day (New Years Eve)… and the stove is now back in place covering up a little over half of my new burial vault.  But you know what it feels like to walk barefoot on a concrete floor and a concrete sidewalk?  This feels like a sidewalk.  It’s a good thing I don’t care if I’ll ever make it into Better Nests and Gardens…

So with that out of the way…. here’s Melanie’s SYW questions for the first full week of 2020.  Now let’s have that logo…. 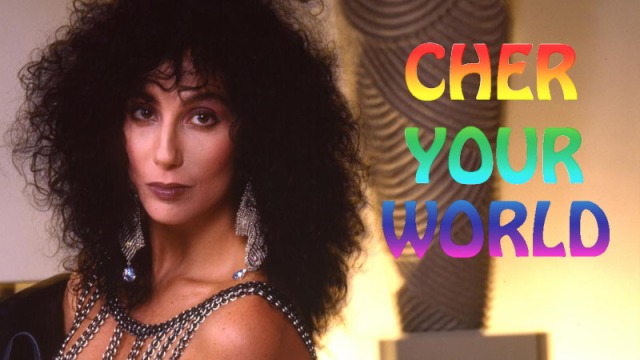 Dammit, Troll!!!  Quit playing Tetris and get with the program!!!

And the beat goes on…

Is ‘hello” enough for you these days?

“Hello” is sometimes too much.  A head nod as a greeting would suffice for me…

Do you believe in Murphy?   For those who aren’t familiar with Murphy, here’s a wee explanation:  Murphy’s law is an adage or epigram that is typically stated as: “Anything that can go wrong will go wrong”.

Murphy’s done enough shit to me lately.  Yes, he’s real, and he’s one of those little evil leprechaun/goblin/gremlin impish kind of creatures that is a pain in the ass and seems to be awfully resistant to Raid…

Does evil come from within?  If so, why?

That may be our most tasteless SYW answer yet.  I don’t know about evil, but my prevertedness definitely comes from within…

Are intelligent people more or less happy than others?   What defines intelligence? 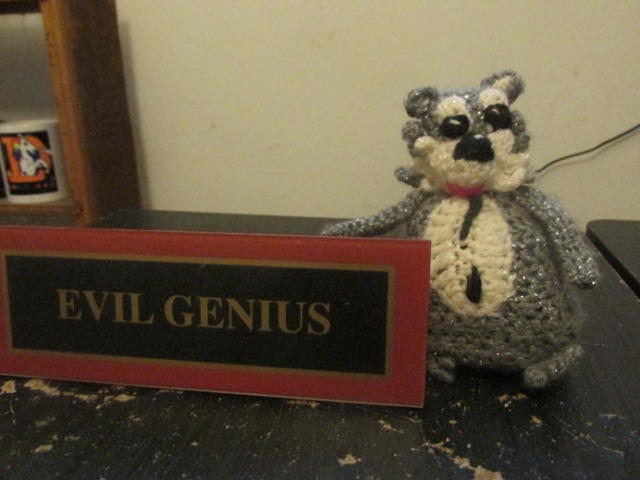 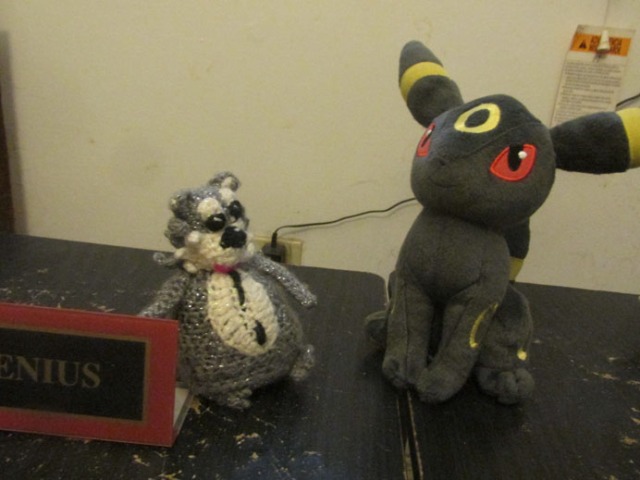 SHADOW: Oh, please.  What does a brain damaged critter like yourself know about intelligence?  I, Shadow the Umbreon, am easily the most intelligent critter on this entire shelf.  I have more knowledge crammed in the tips of my pointy ears than the whole lot of you subspecies do put together!

EVIL: You’re not a genius, Shadow, you’re a know-it-all.  A genius is clever and knows how to use both the creative and analytical sides of their brain to make an impact in this world.  Know-it-alls aren’t intelligent, they just have a dumbass answer for everything… including shit they know nothing about.

SHADOW: Are you daring to challenge my mental faculties, you common crochet project!?!?

EVIL: Well, if you’re so smart, then answer the question!  Are intelligent critters more or less happy than others?

SHADOW: Intelligent critters are unhappy because we know how trite and boring the rest of the world is who’s not in the 99.9999 percentile of IQ.

EVIL: You’re too stupid to even know why you have an attitude problem!  You know why you’re such an asshole, Shadow?

EVIL: It’s because you can’t get yourself laid!  Look at me, surrounded by babes!  You keep all of your inhibitions locked up inside of those useless Pokeballs of yours and aren’t even intelligent enough to realize that you should be enjoying life!  Not being a condescending prick like you are…

SHADOW: I will overlook your childish insults and your pathetic attempts to try and unnerve me with the wiles of the female gender.

EVIL: So you have an issue with banging chicks?

SHADOW: That’s a very crude was to put it…. but I don’t need female companionship to be….

EVIL: Dude, if it’s females you have an issue with, I can still help you unwind that spring you have stuck up your ass… 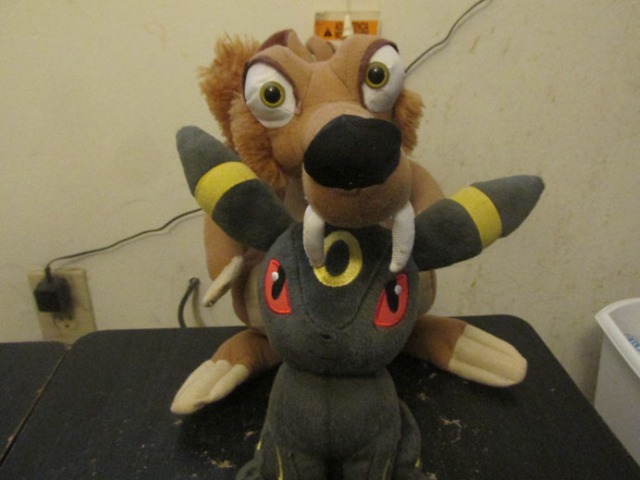 SHADOW: This is not humorous at all!!!  I do not need any sexual stimulation from either gend…. (GASP!)

BIG SCRAT: (Grabbing down) Damn, these Pokeballs are pretty small!  Looks like I need to take you to the Pokegym for a little “hard” training.  Then we’ll hit the showers for a little game called Pokebunghole!!!

SHADOW: (Being dragged away by the Pokeballs) Mommy!!!!!

Please feel free to share a quote, photo or thought about gratitude.

Well, other than me bothering him with my camera…

Bored former 30-something who has nothing better to do with his life than draw cartoon squirrels.
View all posts by evilsquirrel13 →
This entry was posted in Share Your World and tagged answers, cher, evil squirrel, hello, intelligence, lionel richie, murphys law, questions, shadow, Share Your World. Bookmark the permalink.