SNUGGLE: How would you know what time it is?  Your watch stopped at 4:20 years ago!

FUZZYWIG: OK, before this escalates any further and we get an NC-17 rating… it’s time for us to present all of the entries for this year’s Contest of Whatever.  This year’s theme was Murphy’s Law, which states that anything that can fit in a bong, can be smoked in a bong. 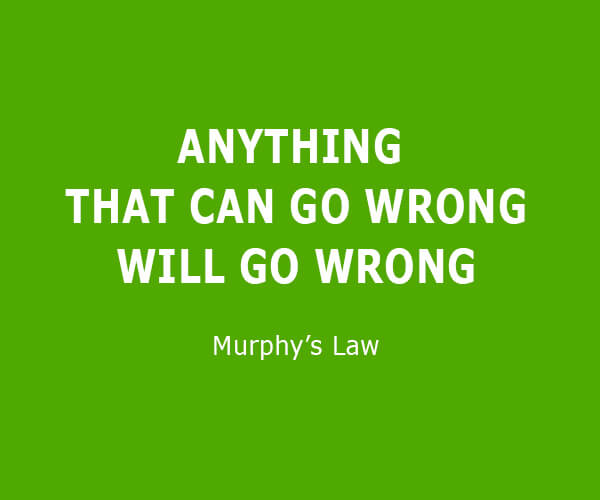 MITZI: Mitzi, like, swears that oxy cotton was just for her back pain from totally carrying these big girls around! (Mitzi grabs her…. big girls and starts shaking them)

FUZZYWIG: If I can’t have a toke break, you can’t go bang your gavel, dude.  Back to whatever we were discussing before… there were nine entries in the contest this year submitted by people who allegedly read the crap on this blog.  We’re going to present each submission, and as usual, the three of us will offer our unsolicited and uneducated opinions about each entry for your mild amusement.

SNUGGLE: I’ve got a better idea to entertain the troops! 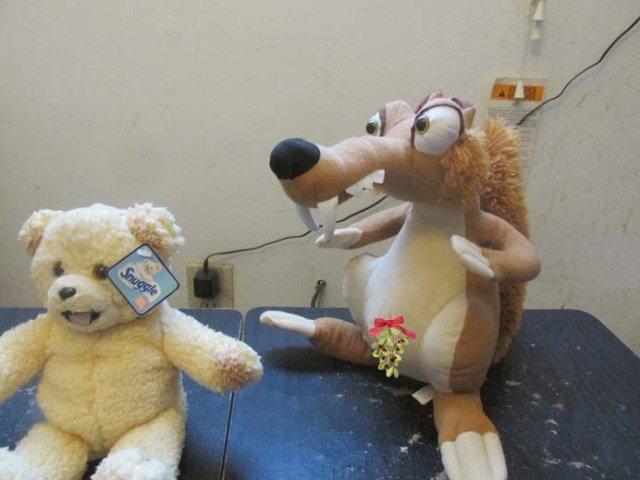 BIG SCRAT: Hey, that music’s got me in the mood!

SNUGGLE: OK, the wood is gone.  We can get on with this now…

Below you will find links to all nine submissions for the Seventh Annual Contest of Whatever.  The order each entry is listed in was drawn at random, and will be used Sunday to determine the random drawing winner.  If you haven’t done so already, please check out each of these wonderful entries that were created by bloggers like YOU!

Time to get our smartass on!

Ed calls Sally up for a hot date, and we get to listen in on how dysfunctional a relationship they have as the conversation reaches its absurd conclusion.  What surprises do this couple who undeservedly deserve each other have in store for the other?  This entry is full of those charming pet names and not-so-pet names that Merby is good at coming up with… 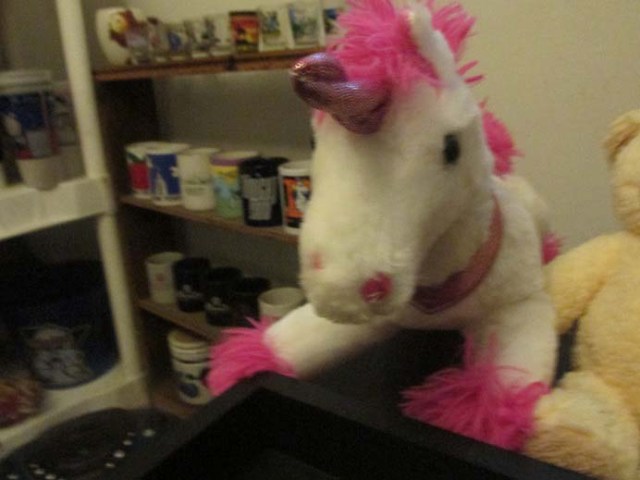 MITZI: Mitzi, like, totally thinks all hair colors are equally sex-ay!  And Mitzi luvs to dye her mane and other things…. like, my carpet doesn’t match the drapes which totally don’t match the love seat cover, and that doesn’t, like, match the can koozie, and… 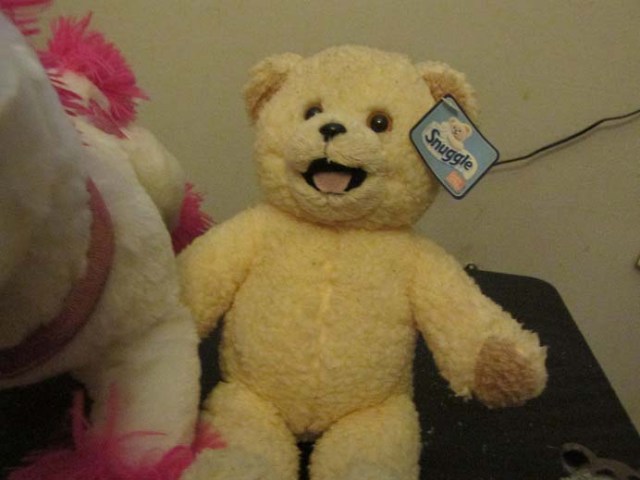 SNUGGLE: Assweasel!?!?  God, that brings back terrible memories of an experience I had with Big Scrat.  No, I’m not going there…

FUZZYWIG: I’m a real blonde.  No, seriously.  My mom still has a picture of me as a cute little light-haired cub in her purse under the bottle of CBD oil.  But after so many years of…. well, you know…. they say it deposits in your hair.  That’s how it turned this color.  The good news is that when my hair falls out, I can smoke it…

This tribute to song titles teaches the all important lesson of why a man shouldn’t always agree with what his wife says, and the consequences of such actions.  And That’s Just The Way It Is, Baby…

MITZI: Naked is, like, always better than not naked!  I mean, if you totally don’t think you still got it, that’s what, like, plastic surgery is for!  Mitzi’s gonna totally look like Cher when she’s not 29 anymore!

SNUGGLE: Dafuq, man?  And they say honesty is the best policy.  Fuck that!  I can always pick up a hooker and not have to worry about her asking me if she looks fat in that leather miniskirt…

FUZZYWIG: Wow, a Deep Purple reference.  I hope that doesn’t trigger another LSD flashback.  It’s kinda hard to judge these entries fairly when I can smell and taste them…

Gravity is the ultimate Murphy’s Law.  We can send a rocket to the moon, but the human body doesn’t have the escape velocity to remain unaffected by gravity for the span of our lifetimes.

MITZI: Mitzi’s ass will, like, never fall off!  Not when there are always so many critters who totally like to help hold up Mitzi’s buns for her!  (SLAP!)  Ooh!  Like, thankies for keeping my butt held up, Snuggie Wuggie Teddy Bear!

SNUGGLE: Gravity sure ain’t a picnic in the park for us dudes either!  I remember when we had to get my grandpa’s electric scooter fitted with a cow catcher so he didn’t accidentally run over his own jewels!

FUZZYWIG: Gravity, the second greatest invention by Isaac Newton after those special cookies.  What can I say, Fig Newtons sure help out when I get the munchies…

Poor, poor Murphy.  A little misunderstanding, and he’s still getting blamed for everyone’s misfortunes all these years later.  Complete with handcrafted DraliDoodles©®™, this is a whimsical little piece with a typical Draliman ending…

MITZI: Everyone says Mitzi, like, sometimes misunderstands things.  Like the time Mitzi went to Subway, and the man behind the counter asked if Mitzi would like to totally try a foot long.  So Mitzi says, “Yes please!” and crawls behind the counter and, like, got a free sample of the secret sauce!  Mitzi’s, like, never had to pay for her lunch again!

FUZZYWIG: And in the end, nobody remembered Murphy’s Slaw, and only knew him as the guy who was stupid enough to wander onto a construction site without a hard hat.  Not a major loss for the world in either regard, it seems…

Recently divorced Hazel the squirrel pays a visit to Big Scrat’s Wonder Emporium, and makes a purchase that she will live to regret.  The evil Murphy plays numerous sides here, making sure everyone’s life is as unfortunate as possible in this epically twisted tale of squirrels who belong on the Jerry Springer Show…

MITZI: Vay-Jay Squirrel!  Like, Oh Em Gee!!!  Mitzi totally know that grrl!!!  She, like, used to dance on the same pole with Mitzi at the club… and the doods would go nuts when Mitzi seductively peeled Vay-Jay’s acorn shaped pasties off at the end and throw lots of moneys on stage!  Then she, like, totally disappeared without giving Mitzi her share of the rain.  Fucking bitch…. (Mitzi suddenly covers her mouth and looks embarrassed upon realizing what she just said)

SNUGGLE: No mention of how Murphy was making life a living hell for that poor dude in the back room?  Yeah, I’m not talking about that either…

FUZZYWIG: If you think trying to return a defective purchase is difficult at Big Scrat’s Wonder Emporium… try bringing back a bad bag of weed to your drug dealer.  Last time I tried what Hazel did there, he shot my lawyer.  That was actually better than getting a full refund…

Skippy wants to do his mother proud and become a Sensible Squirrel, rather than be teased and made fun of like the Screwball Squirrels did.  One bad day with Murphy is about to challenge Skippy’s reputation.  Will he hold up?  Many photos from Trisha’s backyard collection have been worked into this entry…

MITZI: “Aw, nuts!”  That really gets Mitzi all worked up and moisturized!  (Mitzi cups at the air with her front hooves) Awwwwww…….. NUTS!  Mitzi’s, like, a Screwball Bimbocorn, and you totally wouldn’t want her any other way!

SNUGGLE: What a complete loser!  I guess now that his nest is toast, he’s gonna have to go move back in with mommy.  Have fun living in the basement and getting your nuts off to anime squirrel girls, LOSER!

FUZZYWIG: Nasty old raccoons?  I see we still live in an age of unabashed speciesism.  I don’t dig in trash cans, dear.  Well, there was that one time when I had a really, really bad case of the munchies….. and…… hey, don’t judge.  That half eaten Big Mac really hit the spot.

Murphy the snake has caught fellow slitherer Herbie messssssssssing around with his girl SSSSSSuzie.  It’s time for Murphy to lay down the law to keep Herbie’s dirty paws off…. oh, wait, snakes don’t have hands!  Well, keep something off of his SSSSSSuzie!

MITZI: Mitzi’s, like, totally afraid of snakes!  Unless they, like, only have one eye and aren’t green.  Mitzi once saw a snake that was green, and let Mitzi tell you, it totally didn’t taste like a pickle!

SNUGGLE: Wow, people sure did find some really fucked up ways to work around the contest theme this year!  Hey, any of you fine folks wanna help me cheat on my taxes this year?  I could use some expert advice…

Ashley, a struggling actress, comes across a rather grotesque item being offered up for sale in a curio shop.  The severed hand of the owner’s great great grandfather, Seamus Murphy, is guaranteed to grant its owner any wish they desire… for an appropriate payment in misfortune.  Can Ashley use Murphy’s Paw to help her get ahead in Hollywood, or will the charm’s unfortunate side effects prove too much?

MITZI: Ashley, grrl!  It’s, like, totally OK for an actress to be a bit heavy… so long as that weight is, like, totally in the right areas! (Mitzi jiggles her… do I have to say it?)  You should have totally wished for bigger boobies, and you’d have gotten any role you wanted!  Like, every director in the world would totally want you on their casting couch!

SNUGGLE: I get drunk all the time, but have never been wasted enough to lose a damned hand!  I’ve had a few broads lure me home and steal an internal organ or two while I was passed out… but never something as important as my hand!  Dude, you’re lucky you didn’t lose a different member!  But hey, it’d be fun to think some future chick might buy my severed wang in a shop after I died…

FUZZYWIG: If people are nosy enough about celebrities that TMZ has to exist, I say incidents like this should happen more often.  Make the paparazzi work for those photos.  Kinda gives new meaning to the old song “Dirty Laundry”….

Entry #9: “Murphy and Snafu Walk Into a Bar” – by Juliette

Vlad once again appears in a Contest of Whatever entry, this time discovering the truth about Murphy and his law.  Even the King of the Vampires can have a really, really bad day… no matter what century it is.

MITZI: Oh, Mitzi, like, totally appeared on one of those Bo….. Body…… um….. romance covers before!  Totally with Fabio, no less!  We had, like, a whole bottle of Crisco poured on our bodies as Mitzi lied on the beach in her itsy bitsy teeny weeny yellow polka dot sling bikini!  Fabio, like, totally has tiny balls!  Gigglesnort!  You totally didn’t hear that from Mitzi…

FUZZYWIG: Everyone tells me my dog is cute, even when it’s chewing on its own poop.  Then they tell me I have a face only a mother could love.  Poor Ma has glaucoma and can’t even see my face anymore, but at least that means we can get high together like family should…

MITZI: Is that, like, all now?  Mitzi needs to go to the ladies room and totally take a few selfies.

FUZZYWIG: And that’s the field for the 2020 Contest of Whatever.  I’m glad our judge duties mean we only have to make funny and sarcastic comments and not actually have to pick the winner.

BIG SCRAT: That’s it, I can’t take it anymore!  I have a need to SATISFYYYYYYYYYY!!!!!

BIG SCRAT: Who needs Hot Chocolate when you can ride the Hershey Highway!

Tune in Sunday to find out which two of our eleven participants will be declared the winners of the Seventh Annual Contest of Whatever!!!

Bored former 30-something who has nothing better to do with his life than draw cartoon squirrels.
View all posts by evilsquirrel13 →
This entry was posted in Squirrel Droppings and tagged contest, contest of whatever, entries, fuzzywig, mitzi, snuggle, submissions. Bookmark the permalink.

24 Responses to We’re Judging You