Nothing says you’re the World’s Best Mom like a pretty dandelion.

So, how can The Nest possibly top our Week 69 session of Share Your World?  We can’t.  Nothing’s better than 69, other than maybe 6969… and it’ll take us 133 more years to reach that week.  So, let’s just accept that we’ve peaked and carry on with the next exciting round of questions from Melanie.

What can you break even if you don’t touch it?

Oh, but it badly, badly needs to be broken…

These stupid ass things go haywire around me.  Since smartphones have become everyone’s personal photo album, I occasionally have one handed to me by someone who seriously thinks I want to look at their shitty pictures of whatever.  As soon as the evil device is handed off to me, the photos disappear, the phone locks up, and the user can’t bring them up again.  It’s too bad I can’t harness this power of mine to turn all such devices into mush and bring everyone back to a much simpler time when people actually looked where they were going and even interacted with one another… 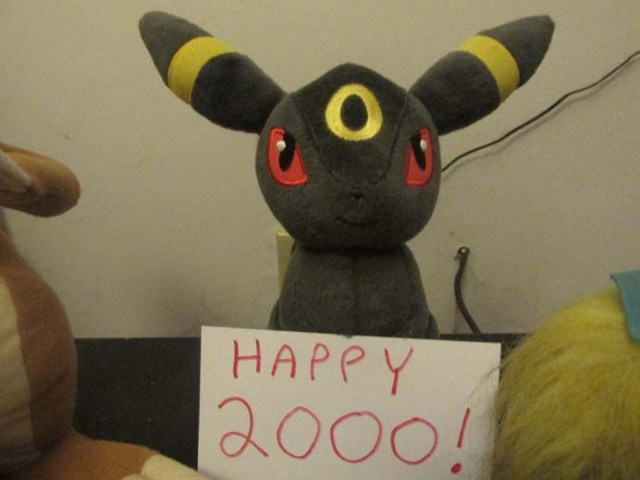 Remember when 2000 seemed like the technologically advanced future rather than the stone age past?

What’s the most useful thing you own?

Flashing back to my SCT series I did two years ago, this wooden message thingie my Mom picked up from some shop God only knows where is by far the most versatile prop in my collection of crapola.  In the Theatre, this has been used as a counter… 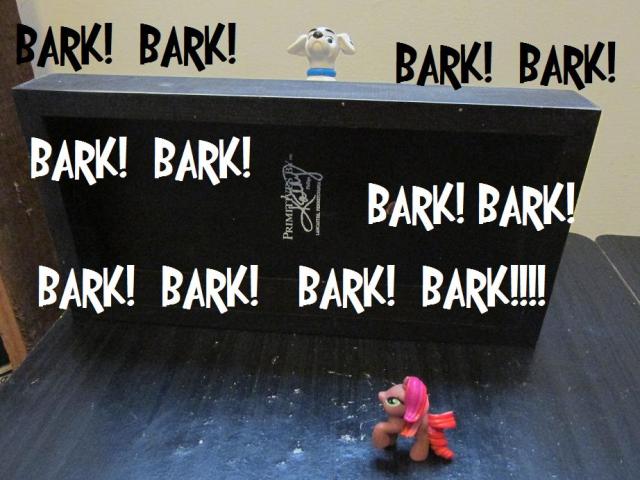 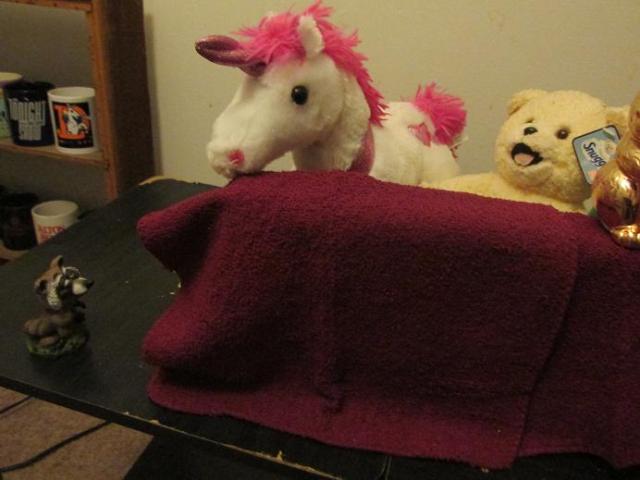 And who knows what else in the multitude of SCT related skits I’ve created for this blog.

What’s The Silliest Reason You’ve Ever Gotten Into A Fight With Someone Over?

If you have conviction in what you’re fighting for, there are never any silly reasons.  And yes, for me to say something that profound means that I couldn’t come up with a real answer for this question…

Ody and Spilly used to fight for no reason at all… and probably enjoyed it.

If You Were A Snake, How Long Would You Want To Be?

CHIP: I’m not going to stand around here and allow you to desecrate a fine feature like Share Your World with your tasteless and preverted humor!

SNUGGLE: Dude! I was gonna say…

CHIP: I know what you were going to say!  That you’d be a foot long snake, and then you’d gyrate your hips around and run your paw back and forth in front of you groin like this (Chip demonstrates the lewd action)

SNUGGLE: Come on man, I…

CHIP: Then being the creepy sicko you are, you’d no doubt make some tasteless joke about your snake being venomous and needing the poison sucked out of it!

SNUGGLE: But I didn’t…

CHIP: There’s the culprit, Officer Slider!  He needs to be properly punished for introducing his filthy imagination into Share Your World!

SLIDER: The only filthy talk I heard was coming out of your disgusting sewer mouth, mister!

CHIP: What?  But I didn’t….. I mean, I was just explaining what Snuggle would have….. I didn’t actually mean…..

SLIDER: I don’t want to hear your excuses for your lack of common decency!  I’m referring this case to my partner for proper punishment!  Partner!!!

BIG SCRAT: So, you wanna talk about how long your snake is, huh?  Well, I think I’ll give you a real life demonstration of how a long snake hides in a tunnel!

SNUGGLE: Ha!  Instant karma’s gonna bite you in the ass like a snake, mofo!!!

SNUGGLE: Dude, check that out!  Big Scrat found another use for that sign prop!

Well, this is certainly uplifting….

Bored former 30-something who has nothing better to do with his life than draw cartoon squirrels.
View all posts by evilsquirrel13 →
This entry was posted in Share Your World and tagged answers, marilyn monroe, mitzi, questions, Share Your World. Bookmark the permalink.