Entering “touch” into my blog’s media library brought up this photo of Ody. I think we’ll lead off with this…

Aw man, I think the calendar’s slow!  That’s right, it’s only Monday….. ONLY Monday, you say?  Well, that’s ONLY the day The Nest brings its pencil to jot down another teacher approved lost hit out of that principal’s office full of tardy music we like to call the Dusty Vinyl Archive!  What do you think the DJ’s gonna look like this year?  Well, Scratchy is pretty hot, but don’t gawk too much unless you want her to bust her neon ruler over your hairy knuckles… while the Sponkies are totally not getting all of the Van Halen references in this intro.  Now, sit down Waldo, you might learn something today….

The only thing The Nest’s musical staff loves more than a great lost song is an epically fucked up music video.  Let’s combine the two today and play Joan Jett and The Blackhearts‘ 1981 rendition of “Do You Wanna Touch Me”…

Now, in Joan’s defense…. this video was shot on what had to be a very tight budget since the major album labels wanted nothing to do with the ex-Runaway’s bad reputation until “I Love Rock and Roll” became one of the biggest songs of 1982.  But still…… well, this is copied from when I featured this post six years ago in an old MTV lost videos post:

Where oh where to start listing all the fucked up things that are contained in this video?

0:22 – Joan Jett flashes her bikini at us behind a trenchcoat.

0:39 – A bodybuilder more oiled up than the Gulf of Mexico flexes his moobs.

0:42 – Even Joan got sick watching Mr. Moob flaunt his breasticles, and knocks him out cold.

0:49 – Joan flashes her bikini at us four more times during the first chorus… just in case we didn’t see it the first time… 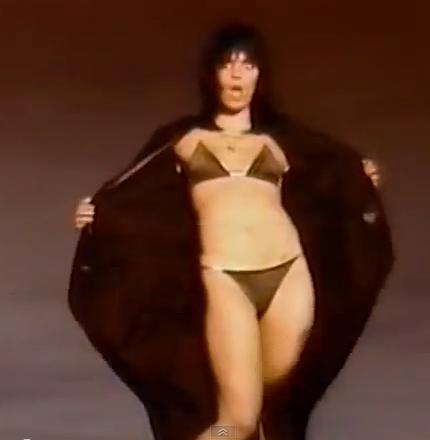 Yes, we saw it Joan… and we still fear it.

1:21 – Slow motion turn towards the camera to show that her raven black hair doesn’t need any Aqua Net.

1:49 – Joan now jumps for us in her bikini…. three times! Luckily, she is in no danger of knocking herself out while doing this.

1:55 – Bad stock footage from a Joan Jett concert showing her fist pumping the crowd… wearing a very different outfit than what she is wearing during the front shots.

2:12 – Shot of the band standing in the middle of a kiddie ride at the carnival getting down to the song. Fortunately, no children were around at the time to be traumatized by this.

2:27 – Similar shot of the band standing on the beach, while some old guy with a metal detector looking for his long lost class ring walks in front of them. 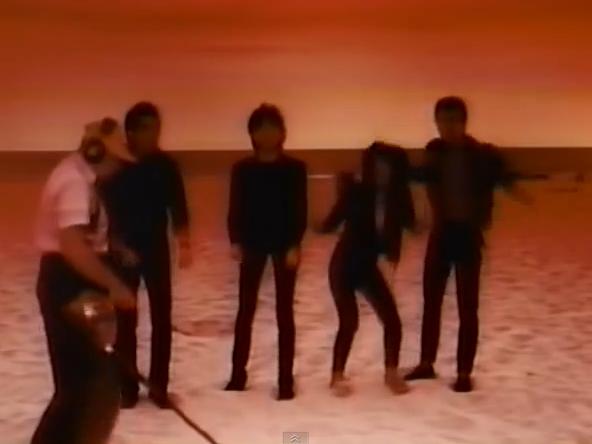 It was just here fifty-three years ago!

2:40 – Beavis and Butthead’s favorite moment during their critique…

Well…. you get the picture.  This video is a collage of random WTF, two decades before that acronym even existed.  Yet, the song is actually pretty good… and it was released as a single on the heels of “I Love Rock and Roll” and made it up to #20 in the US.  You’d think this song would get a little more love, but alas, “Touch” has a rather scary skeleton lurking in its closet….

Do You Wanna Touch Me, Part I

The song was written, and originally performed by none other than glam rock legend Gary Glitter… who has a VERY bad reputation for playing the “Do You Wanna Touch Me” game on young boys and girls all over the world.  Because of Glitter’s rather disturbing history as a sex offender, this song, which is only popular in the US because of Joan Jett, has literally gotten dumped off of just about anything that could earn its writer royalties.  But don’t worry, I don’t think the currently incarcerated Gary Glitter will get anything from this song’s appearance on the Dusty Vinyl Archive… 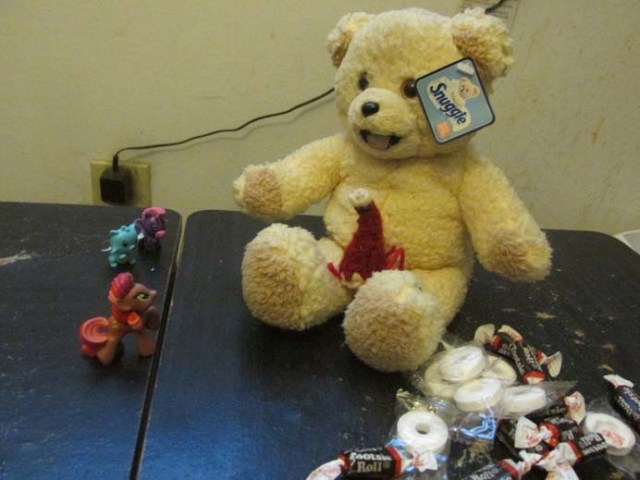 Because, you know, The Nest would never aid and abet known pedophiles…

Bored former 30-something who has nothing better to do with his life than draw cartoon squirrels.
View all posts by evilsquirrel13 →
This entry was posted in Dusty Vinyl Archive and tagged 1981, archive, blackhearts, do you wanna touch me, dusty, forgotten, gary glitter, joan jett, lost, music, vinyl. Bookmark the permalink.

22 Responses to The Bad Touch