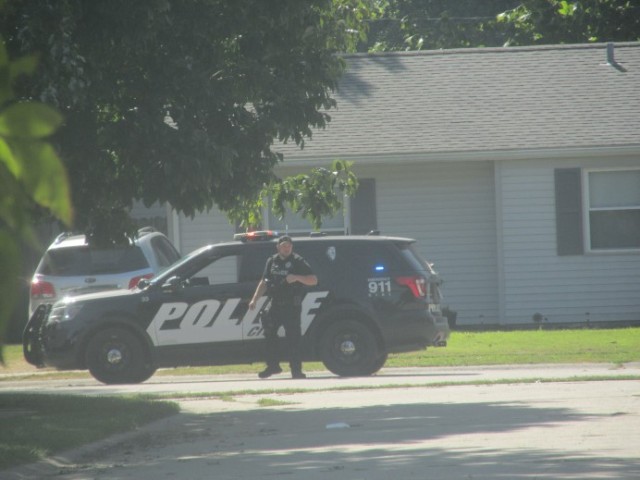 No wonder Snuggle Bear suddenly jumped behind the shelf…

It’s been an interesting morning, to say the least.  I went out for a walk about two hours ago, and several police cars and a fire truck, all lights and sirens, whizzed by in the direction I was coming from.  By the time I made it back to my area, the main road going south was being blocked just past the street into my neighborhood.  I was curious, to say the least, what was going on… and trying to rubberneck around the blockade revealed nothing but empty road.

About a half hour after I made it back home, I heard more sirens… and this squad SUV was stopped at the front of my cul-de-sac.  He knocked on one door, then made it up to the next house before he retreated to his vehicle.  The neighbors he’d talked to slowly, but surely, left their house.  Had he been ordered to evacuate us?  What the hell was going on?  And why was it aborted?  There are train tracks that run by the road that was blocked off (and they’re literally just 100 feet or so behind that house in the photo)… was there a derailment of something icky?

It beats me.  Whatever’s going on out there may still be going on for all I know.  While I ponder the potential demise of my corner of the world, I may as well get my answers for this week’s Share Your World questions out of the way!  I wouldn’t want to disappoint Melanie or co-host Roger…

Just in case everything blows up shortly…

Have you ever driven the wrong way on a one-way street? How did this come about?

I’d imagine we all have at some point, because road signs aren’t important and one way streets are stupid to begin with…

Oops! Well, at least nobody got hurt…

As a kid, did you ever decide to run away? Did you have a plan? Take a pet? Sandwiches?

No.  Home was my sanctuary, and even if there were time my parents or sisters annoyed me to no end, I feared the outside world even more…

Yeah, it looks rough out there. I think I’ll stay….. for now.

I would definitely want to become a master at playing the world’s tiniest violin.  I’d be sure to play many concerts for the people who bug the shit out of me…

Actually, it may be an even tinier viola.

Do you accessorize with jewelry?

Yeah, stop right there.  No.

What ingredients go into YOUR favorite salad?

Salad?  Dammit, I hate having to look up new words.  Let me consult the dictionary…..

Uhhhhhh, sorry, no salads for me.

If you care to, share something that really irritates you.

I’ll pass, lest I piss off just about everybody who still reads my blog…

This squirrel finds fleas to be very irritating.

What are your favorite ‘lounging around the house’ items of clothing?

For the longest time, it was regular clothes for everything…. work, play, rest.  Then six years ago, I needed to get a stress test, and it was recommended I wear loose, comfortable clothes…. in other words, not my usual jeans.  So I bought a pair of sweat pants, and I eventually got into the habit of changing into them as soon as I got home from work in the mornings.  Now, I’ve almost always got them on around the house…… well, not right now, because, you know….

I may have to head for the hills at any moment.

The leaves look pretty, and…. 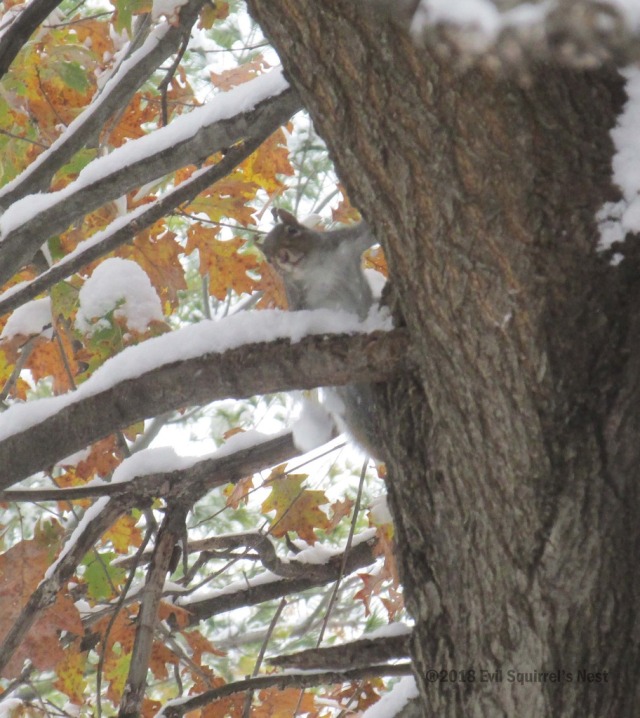