Not little, and not the surprise.

I can be oblivious to what’s going on outside when I’m in my computer room immersed in whatever it is I’m doing, so it was only when I wandered into the hall to head for the bathroom yesterday that I heard the sound of a lawnmower.  For whatever reason, I went into my bedroom and peeked out the window to survey the situation.  The house across the ditch from me had a crew mowing their lawn.  No big deal, right?

But in looking out the window, something caught my eye on the trunk of my oak tree…

At first, I thought it might just be a trick of perspective…. but the more I looked at the squirrel that seemed upset by the lawnmowers, the more I realized its small size was no illusion.

I don’t mean literally me…. but you know, I’d never seen a squirrel that little before!  Sure, I’ve seen adolescent squirrels before that were noticeably not fully matured…. but this guy was so noticeably diminutive that he was probably still part of the semi-perpetual nest that’s in that tree!

He didn’t move around much at first…. mainly just roaming around the same area on the tree’s trunk.  But the more he moved, the more his youthful appearance was obvious! 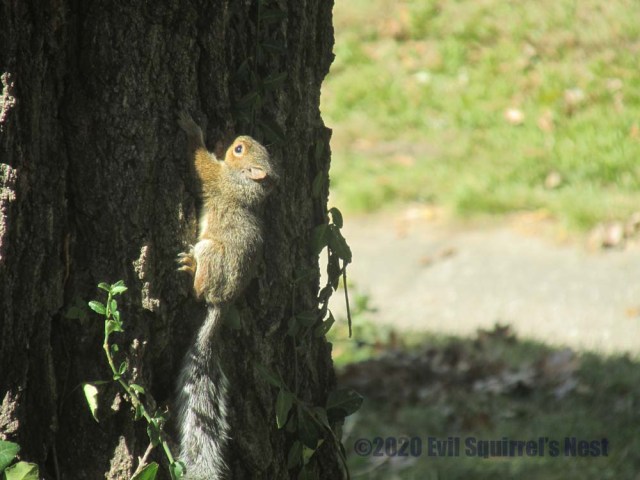 Mommy! There’s someone down here harassing me!

Eventually, he slowly climbed his way back up towards the fork where the nest is… 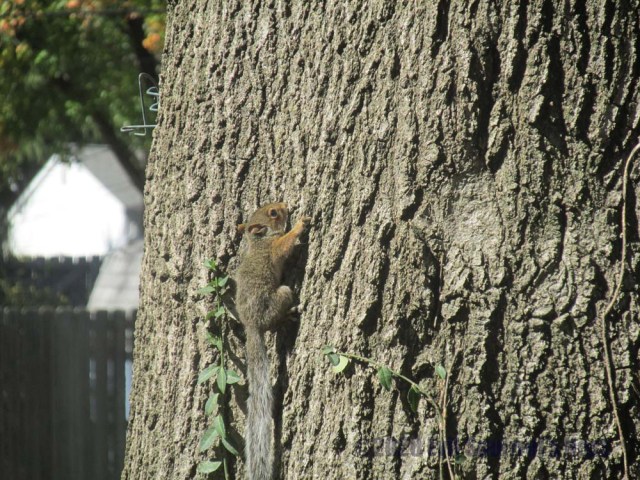 Bet you couldn’t climb trees when you were still in diapers.

You could be, I didn’t ask.

But I did get a whole lot of pictures of this guy in the 40 minutes or so I watched him from both of my back windows!  And I’m sure going to watch out for more of this little one now that I know he’s out there!  If you think he’s cute here, just wait and see the rest of the baby album as I slowly reveal it!

Be prepared to have the next handful of Saturday Squirrel features taken over by Baby Squirrel!!!! 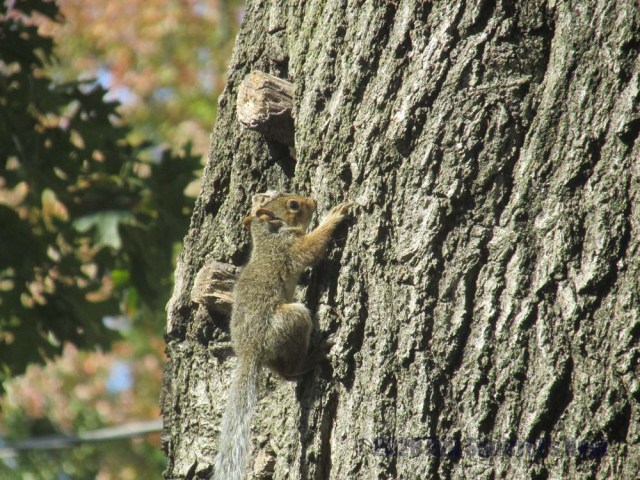 Great, I get to be the next child star who grows up to be an alcoholic…

Bored former 30-something who has nothing better to do with his life than draw cartoon squirrels.
View all posts by evilsquirrel13 →
This entry was posted in Saturday Squirrel and tagged adorable, baby, baby squirrel, cute, little, photo, photography, squirrel, tree, young. Bookmark the permalink.

16 Responses to A Little Surprise!