SEYMOUR: I’ve got some more letters from the critters that were delivered today, Santa!

SANTA: Dammit, who even writes letters anymore?  How come nobody’s emailing me their stupid lists?

SEYMOUR: Well Santa, when you set up email service here back in 1997, you moved all of the emails the critters sent you to your spam folder!  So they had to resort to writing letters again.

SANTA: And did they take the hint?  Hell no!  Oh well, (grabs a letter from Seymour and opens it with his sharp teeth) let’s get this over with… 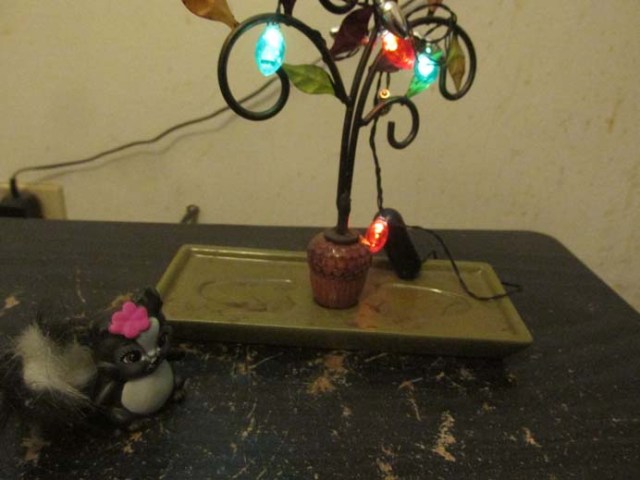 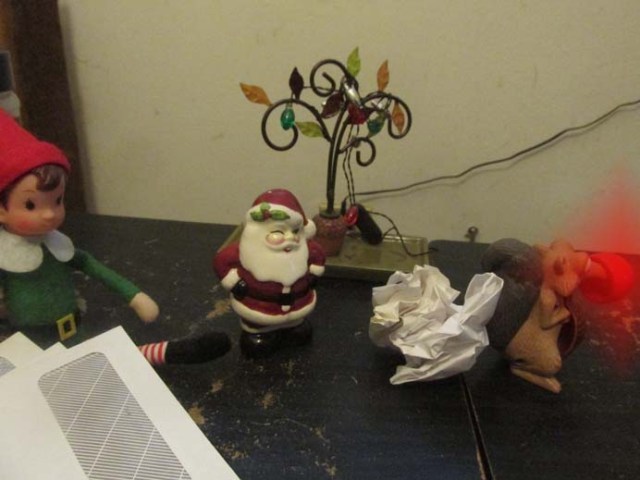 SEYMOUR: What did they ask for, Santa?

SANTA: Ah, it was just junk mail. (Wads Caper’s letter up and tosses it aside)

SCRAT THE RED NOSED SQUIRRELDEER: (Pooping on the letter) SQUEEEEEEEEEEALLLLLL!!!!

Bored former 30-something who has nothing better to do with his life than draw cartoon squirrels.
View all posts by evilsquirrel13 →
This entry was posted in Advent Calendars and tagged caper, christmas, elf, gift, santa, skunk, tree. Bookmark the permalink.