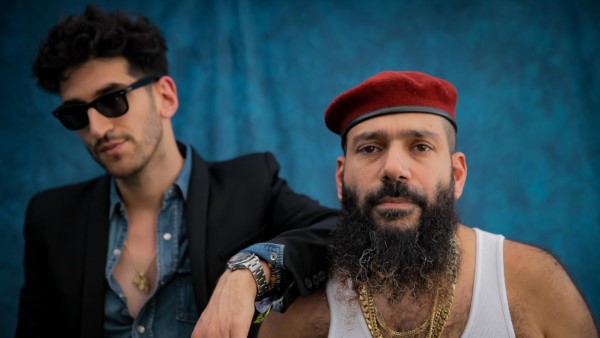 Ummmmm, they don’t look like the San Francisco treat!

The Nest has one more week of Mecca Muzak Monday’s takeover from the Dusty Vinyl Archive to present for our version of March Madness.  Yes, we have one final new age

shopping tune for DJ Scratchy to present that we hope will leave you dancing in the aisles!  Just watch out for that lady coming by in the scooter…

MMMMM will be going out with a bit of a bang, as I chose probably the most unusual of the five songs I chose for this month to close out on.  Chromeo is a dance/hip hop duo that formed in Montreal back in the early 2000’s featuring David “Dave 1” Macklovitch and Patrick “P-Thugg” Geymayel.  Over the past two decades, Dave 1 (who is Jewish) and P-Thugg (who is of Arab descent) have shown that the power of music can bring even long time enemies together…. even if that music ends up being piped into retail stores once the deejays quit playing it in the clubs.

I never thought I’d be spinning records for elderly shoppers. At least I don’t have to wear a company vest.

As has largely been the theme of Mecca Muzak Mondays since I debuted in on this blog seven years ago, this isn’t your father’s canned muzak.  Chromeo released an album in 2007 titled Fancy Footwork, and the second cut from that record has seeped into stores around the nation in recent years.  The song is just as funky and fucked up as its title…. “Tenderoni”

Now isn’t that a goofy little earworm to brighten up your week?  Who needs Kenny G and Engelbert Humperdinck when you can check off your shopping lists to the electronic melodies of Chromeo?

You might even subconsciously purchase some of this…. even if you don’t have a dog.

OK, that’s a wrap for March Madness, Mecca Muzak Monday style!  The DVA returns next Monday with another great, forgotten earworm from the past…

Bored former 30-something who has nothing better to do with his life than draw cartoon squirrels.
View all posts by evilsquirrel13 →
This entry was posted in Mecca Muzak and tagged 2007, chromeo, mecca, monday, music, muzak, tenderoni, walmart. Bookmark the permalink.

26 Responses to Rice A Roni