Welcome to the inaugural edition of my new weekly feature that will be posted every Sunday which will serve as a dumping ground for the random stories and observations I used to include prior to each Share Your World post.  Yes, The Nest is headed by a huge prevert, and so I decided to call this series the Weekend Threesome, as each post will contain exactly three of these tidbits for your leisurely perusal.  My goal will be to not make these overly wordy, so let’s get on with it!  Or I guess in Snuggle’s case, let’s get it on (you lucky dog)….

My three year old car is a Chevy, and because of that, I got automatically enrolled into OnStar even though I won’t pay for their service.  One of the free services I get is a monthly diagnostics report emailed to me, and I just realized in the last one that there’s a link to something called “Smart Driver” which rates how well I drive…. 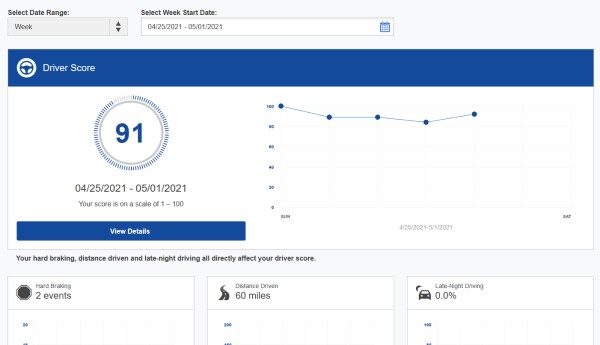 OK, I get a 91 for the past week.  I guess that’s OK…. it’s an A-minus.  As long as you don’t kill anyone (possums excluded), I guess you get at least a C.  Then it breaks down the categories that go into determining your driving score, and…….. um…… what?  Does it really penalize you for distance driven and how much you drive late at night?  Dafuq?  Hasn’t discrimination against those who work nights been outlawed yet?

Well, as you can see, I don’t actually drive during what OnStar considers to be “late night hours” of midnight to 4 AM… but we have people who get off at 12 AM and come in at 4, and I guess their driver’s scores are all shot to hell just because of their jobs.  WTF is up with that, Chevy?

The Nest’s rebuttal of these ridiculous generalizations….

#1. How is it more dangerous to be driving between midnight and 4 AM.  I’m pretty sure the roads are largely deserted at that time… which should make it SAFER.

#2. Is it any more light at 10 PM than it is at 2 AM?  What about the PM rush during the winter months when it’s already dark at 5:30?  Did they really bother to think this through?

Really, that whole late night driving affects your score just pissed me off, and made me glad they don’t get a cent from me…

There’s a new blurb that airs every so often on Mecca Radio imploring customers to make sure they didn’t leave their dog and/or child in their car when they came into the store… and even inviting them to go outside and check just in case they aren’t sure they “forgot” their “precious cargo.”  Now I realize this is a sensitive subject, because dogs and kids get seriously hurt/die each year from shitty parents/guardians who leave them locked up in hot cars during the summer…. but that’s kind of the point in why this message is so stupid.  Those people are being willfully neglectful, and most certainly did not just “forget” Junior while they’re inside spending all of their child support check on new purses and XXXL yoga pants…

And for the love of Dog, nobody should be bringing their pets with them on a shopping trip (outside of pet stores that are already zoos anyway).  There’s already enough idiots who abuse the service animal stipulation (and our legal inability to question such) to let Rover run wild through the Mecca aisles terrorizing elderly shoppers who can’t outrun them in their electric scooters.  We sure as hell don’t need to INVITE people to bring their mutts in the store…

Woohoo! I can’t wait to check out the chocolate bar aisle!!!

A bunny who was sitting in my driveway when I went out for a walk last Thursday…. 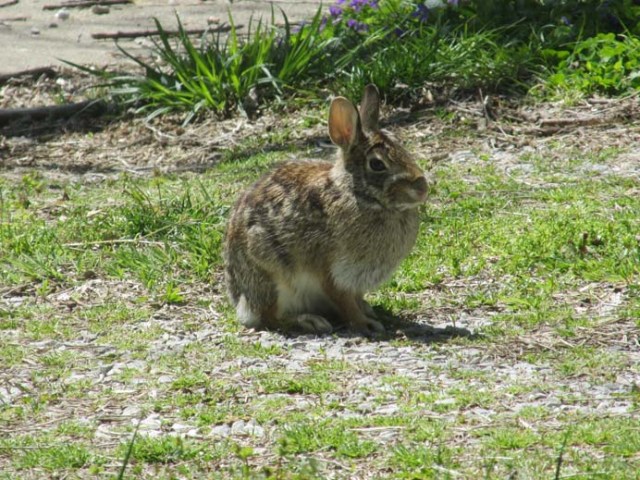