Although Mecca technically has a “no questions asked” return policy, a reason for return still has to be put on the slip printed up for every item we take back through the service desk.  And any item not deemed to not be defective gets restocked, assuming it was an item we sell in the first place which…. well, you don’t want me going on a rant about how we’ve long been used as a pawn shop that pays full price for your junk.

Yeah, I totally bought this from your produce department! How much will you give me for it?

So as I’m going about my business the other night, I noticed one of the tumblers that are so popular these days was sitting on the shelf with a return slip still taped to it.  The reason for return given: “Does Not Work.”  Now, there is a generic “Customer Changed Mind” reason that can be put down for stuff people just don’t want anymore… so I’m curious as to why the tumbler was listed as “does not work.”  How does what is essentially a glorified cup “not work?” 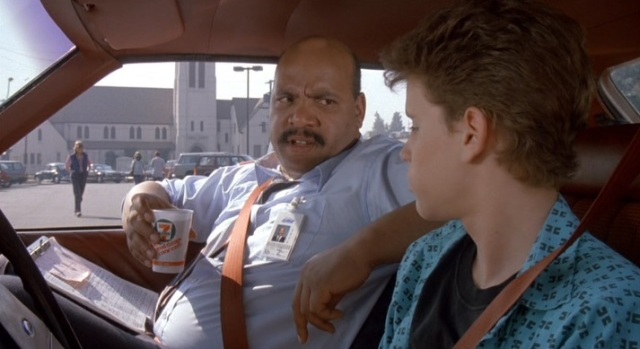 But sir, what if the coffee spills because the cup does not work?  Do I still fail my driving test?

There’s a Mecca Radio ad that’s been playing for a couple weeks now, but I just finally caught what it was saying last weekend.  Bic is having one of its long reach lighters being endorsed by happy homemaker Martha Stewart and rapper Snoop Dogg.  The ad starts off with Snoop telling everyone how Martha likes the new Bic lighter because she can easily light all of her nasty ass scented candles with it.  Then Martha takes over and says, “And Snoop likes the new Bic lighter because he can light…………. (pregnant pause)…………. “other things” with it without burning his fingers.

MARIHUANA sure has come a long way when even Mecca is willing to run an ad that vaguely alludes to it in their stores….

Car dealers love to send junk mail that tries to lure you into their lairs with phony contests that promise the chance at HUGE prizes that can only be redeemed at their big sale event.  They send fake keys, bogus scratch-offs, serial numbers that you have to match at the event…. and apparently now, these things: 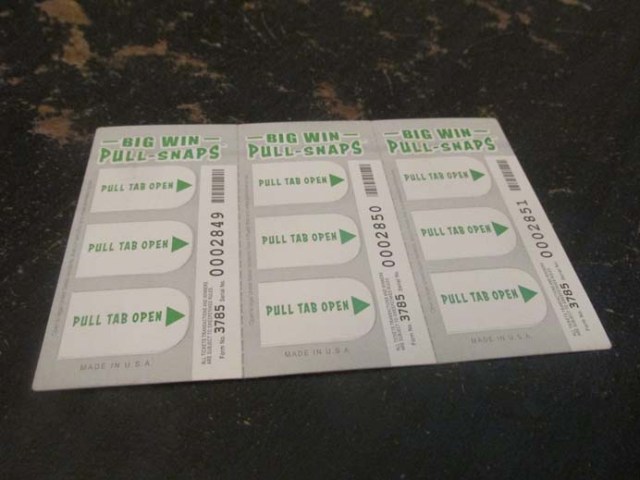 Back in my bingo playing days, we used to call these pull tabs.  The lure of two $500 prizes among the thousands of $1 tickets they sold was too big of a draw for most bingo players who love to gamble anyway.  Well, I doubt these will be offering any $500 prizes, but hey, you never know!  I just need someone who’s really lucky to open these for me….

BUSTER: So you say I just have to pull these tabs back?  I’m not going to get a deadly paper cut, am I?

No Buster, I promise…. no tricks.  I just need your good luck to win something!

BUSTER: Alrighty then, here it goes!

BUSTER: Aw, shucks!  So close to winning a key!

Keep trying Buster, I know you can do it! 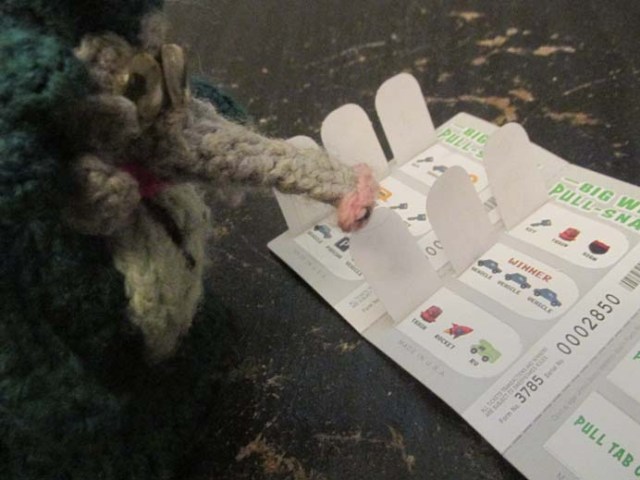 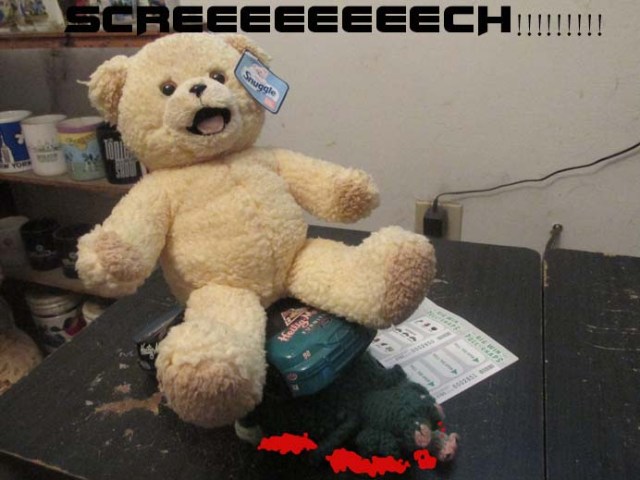 SNUGGLE: (Looking down at the accident) Oops!  Well, I guess he won’t be needing these tickets anymore!  Let’s see if there’s a nice new windowless van behind door number three…

SNUGGLE: Well, fuck!  I’ll bet that trailer woulda been good to haul my 600 pound aunt to Mecca in!  Oh well, at least I won a bitchin’ new car!

SNUGGLE: Here, you can cover yourself in these two loser tickets to keep your body warm for the forensics team.  So long, Lucky!!!!