TINA: Dafuq you talkin’ about, Uncle Evil?  Vinyl is, like, the big thing now!  Wanna listen to my BTS album Aunt Scratchy bought me at Mecca?

ES: Gee, I thought you young kids these days would know more about CD’s than….

SCRATCHY: Pay no mind to the squirrel, he’s hopelessly out of touch with reality.

ES: Sigh…. let’s just get on with the countdown.  Kids!

SPONKIE 1: Should we hide now, Sis? 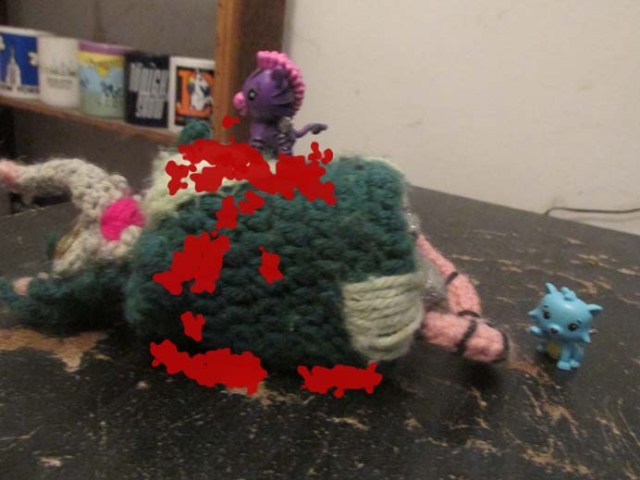 ZEEBA: Fuck!  I almost had this possum’s intestines to play jump rope with!

BEARCAT: We already played intestine jump rope last week, silly!  You grossed out all of our friends. 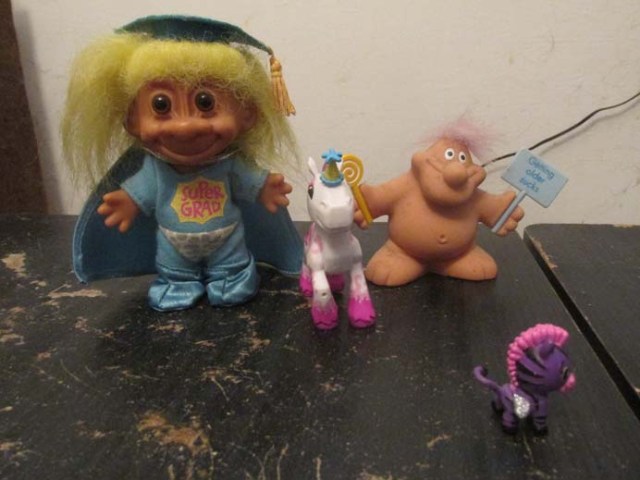 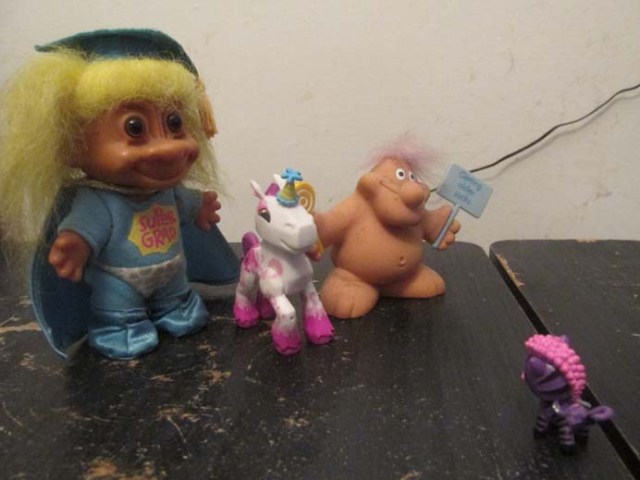 ZEEBA: Y’all don’t have any smartass song requests to mutter while I walk by?

ULTRAVIOLET: Now dear, wasn’t I supposed to be your father?

ZEEBA: Saves me the trouble of having to cut it off!  Losers!

SCRATCHY: Get your hooves off of my equipment!

SCRATCHY: I never have to deal with this shit when I’m hosting the Dusty Vinyl Archive…

ZEEBA: You guys are boring!

Zeeba jumps off the turntable and takes the record with her….

ES: How does she do that?

SCRATCHY: (Pulling Zeeba’s request from the envelope) She can mutilate this song next…

The New York based band Talking Heads was one of the more influential “weird” bands that have become associated with the 1980’s.  What I would call fucked up, hoity toity art critics often refer to as avant garde, and David Byrne’s group was avant garde in spades.  If you watched MTV at all in the 80’s, Talking Heads probably conjures of thoughs of a hyperventilating Byrne dressed like a nerdy goofball doing chops on his arm, the projected image of Byrne’s head drifting down a deserted road, or Byrne dressed up in a suit three sizes too big telling us to stop making sense…

David Byrne was no doubt at the center of this band, and despite the fact that he had three talented musicians around him that did some successful things in their own right, David Byrne was all about the creative genius of David Byrne, and thus he broke up the band by bailing out on them in the early 90’s.  Talking Heads is often cited in the lower ends of lists of the greatest bands of all time, and it isn’t just because of the commercial success they achieved in the 80’s.  The band formed in the mid 70’s, and their self-titled debut album in 1977 contained a song that has become one of the most loved and revered songs by the group’s fans….

Yes, David Byrne wrote a song about the inner thoughts of a serial killer, set it to music, and it actually become the group’s very first Hot 100 hit peaking at #92.  As I mentioned, this song is held up as one of Talking Heads’ best, though it isn’t necessarily a favorite of mine.  I just included it in the countdown for, you know…….

If it bleeds, it leads…

Bored former 30-something who has nothing better to do with his life than draw cartoon squirrels.
View all posts by evilsquirrel13 →
This entry was posted in SCT Request Countdown and tagged music, david byrne, 1977, zeeba, sct, request, coutndown, talking heads, psycho killer. Bookmark the permalink.

10 Responses to A Killer Beat