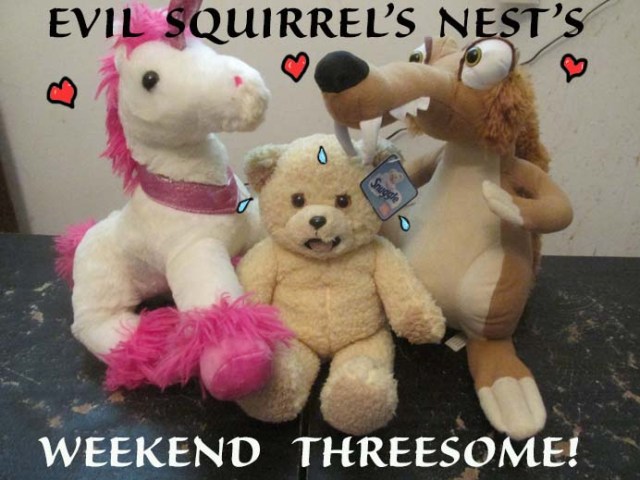 As hard as it is to believe, Evil Squirrel’s Nest turns ten years old on Christmas Eve this year… and you knew I wouldn’t let it pass without some exciting features looking back on a decade of Nestiness. I have two series planned out that will be run on Tuesdays beginning in November and continuing into next March.  The first will celebrate my blog’s most enduring segment, Saturday Squirrel, which has been featuring my sciurine photography for a tad over nine years now.  Beginning with The Nest’s first full year, 2012, you’ll be treated to my favorite squirrel pics from each year of my blog’s first decade, along with a brief synopsis of what was going on at The Nest in that year.  So be on the lookout for all those cool retro squirrels beginning in a few weeks…

When that series ends on January 4th, I’ll pick up on the following Tuesday with another 10th anniversary series themed around one of my very favorite annual features that, thanks to Google’s hypocritical stance on “protecting privacy,” I’ll be unable to properly run for 2021. 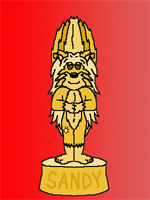 Good, I could use a break to polish my golden nose.

Since there will be no Sandy Awards this year due to the utter lack of search terms that break through Google’s encryption, that calls for a special 10th anniversary Sandy Awards spectacular!  I’ve gathered up all of the greatest Sandy nominated terms from my blog’s entire decade long collection and sorted them into my classic categories, which will be revealed week by week beginning January 11th until the final post that contains my favorite terms from each category, as well as THE all time Sandy Award for the best search term EVER on The Nest!  Prepare to laugh, cry, and fidget about in your seats as the show drags on entirely too long once again, only this time on a weekly basis!

The Official Awards Show of “That Other Place”…

And finally, on a non blog related anniversary note….. after much delay, welcome Autumn!  I don’t think I’ve ever had to go this far into October before without breaking out the jacket or turning on the furnace… but maybe by Halloween, there’ll finally be some frost on the pumpkin.

I shouldn’t joke… it snowed on October 30th just two years ago.