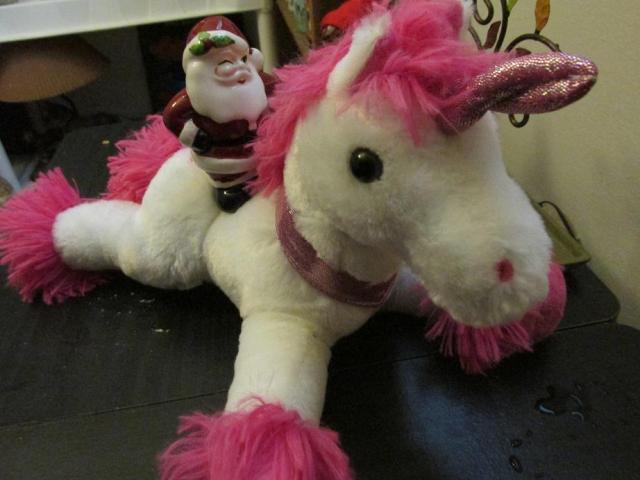 For this week’s Share Your World featured Shelf Critter, I couldn’t resist making it all about Santa on Thanksgiving.  As you might expect, the Shelf’s version of Santa isn’t quite like the iconic, family friendly image that’s been popularized by Coca Cola and bullshit movies like Miracle on 34th Street.  Our Santa is a sarcastic bastard who cusses like a sailor and isn’t afraid to squash the hopes and wishes of the little ones who mail their long ass lists to the North Pole.  He doesn’t even like his job (or the Easter Bunny’s job) and would rather be laying on the beaches of Costa Rica in his elfkini…

How about I just write everyone a rubber check and get my summer vacay started early this year?

The winking Santa figurine that has been thoroughly desecrated in five years worth of SCT skits was purchased from Mecca’s holiday collection in November 2016.  If you don’t count Shadow, who I obtained solely to work into a Bashful skit, then Santa is the very first “critter” I bought specifically to work into Shelf Critter Theatre.

A SYW question themed around our bad Santa…

Santa’s tired of people leaving him out cookies and milk on Christmas Eve night!  If you really wanted to get on Santa’s good side, what would you leave out for him to eat/drink instead? (This question applies whether you celebrate Christmas or not)

And now it’s time for us to share our world with Melanie’s questions for this week!

If you ask nicely, Santa will bring you a Uranus balloon for your collection.

What are some red flags to watch out for in daily life?

I typed “flag” into my blog’s media library and the most recent image that came up was a bullfighter waving a red cape from last August, so I’ve already made that joke before.

If I’m gonna be turned into taco meat, at least I’m goring this dude’s balls first…

What obstacles would you include in the ‘world’s most amazing obstacle course”?

Ody would make a nice obstacle for any tough course given how many times I’ve tripped over his big ass when he decides to sprawl out in the middle of the hallway. 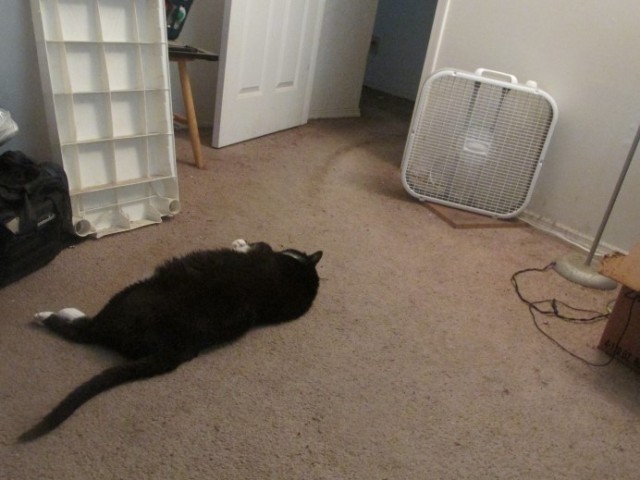 Conveniently put about a dozen big cats along the path, and nobody will be clearing the obstacle course without a few scrapes and broken ankles…

Who is the most believable movie or book villain in your opinion?  Or the one that stands out for you?

Mortimer and Randolph Duke from Trading Places.  I can totally imagine old rich people having nothing better to do than messing with people’s livelihoods over silly one dollar bets… 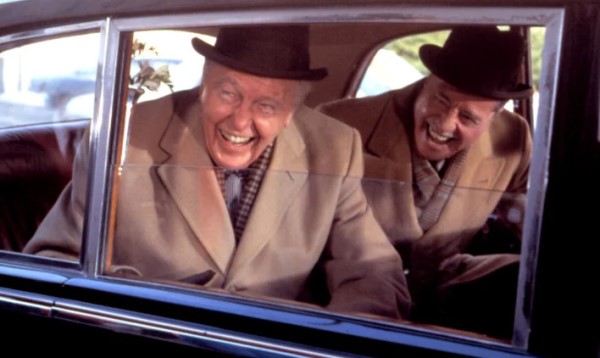 Pardon me, Mr. Valentine, but would you have any Grey Poupon?

What, in your opinion, is the most beautiful/handsome part of your face?

My “soul patch,” which I started growing several years before they first became a fad in the late 90’s, and which I still have after almost 27 years.  From a physical standpoint, it’s the most “me” thing about me.

Picture above: Not me.

Today, Americans celebrate Thanksgiving.   What are some foods you enjoy for your festive celebration dinners?

All I want is the turkey.  Just give me plenty of it, preferably parts with the skin still attached and plenty of juice from the pan to baste it in! (Coincidentally, my Mom called while I was typing that to let me know the turkey is done!) 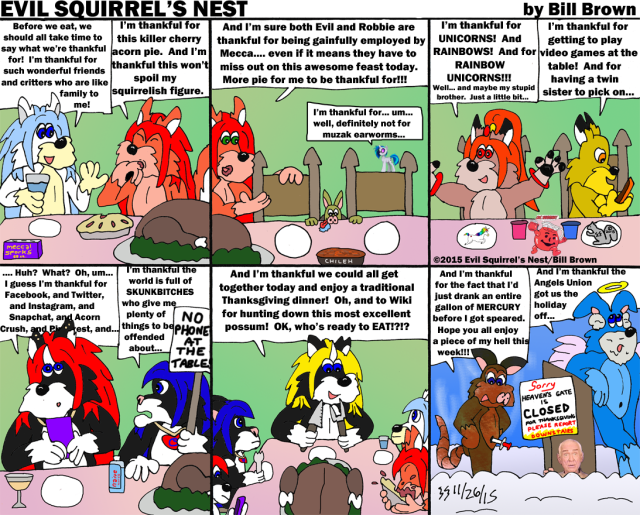 Bored former 30-something who has nothing better to do with his life than draw cartoon squirrels.
View all posts by evilsquirrel13 →
This entry was posted in Share Your World and tagged answers, questions, santa, Share Your World, thanksgiving. Bookmark the permalink.