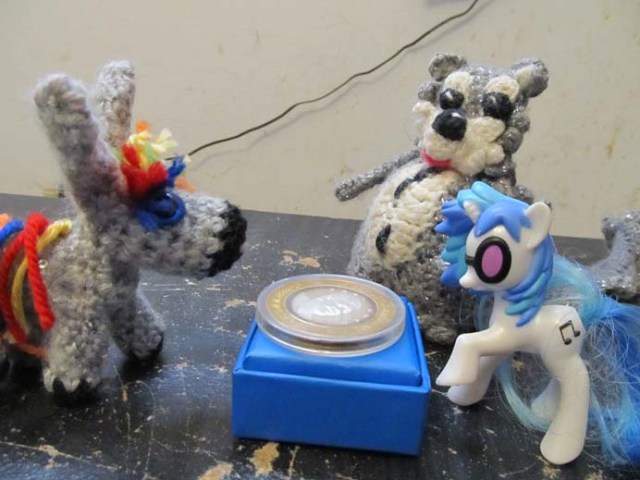 SPONKIE 1: But I can’t get in the bathroom!  The door’s locked!

SCRATCHY: Is Hung Lo still in there from last week?  I thought I smelled something rotten other than ES’s 80’s records.

ES: Did you try knocking on the door?  Maybe he did an Elvis in there?

SCRATCHY: You know, Evil has his own executive potty that he doesn’t let anyone else use…. maybe he’d let you….

ES: Dammit, Scratchy!  The commoners aren’t supposed to know about that….. oh, here… 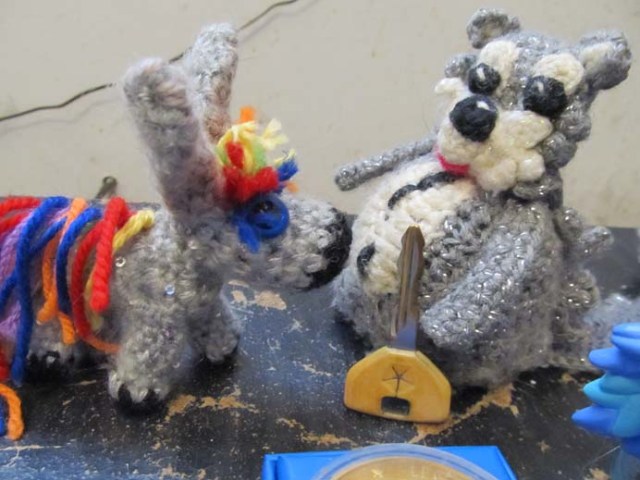 ES: Here’s the key.  It’s in my office behind the life-sized pinup of Mitzi.

ES: And make sure you leave the seat up!  I don’t care what your mother says….

SCRATCHY: Yeah, and don’t read that stash of magazines inside the vanity!  You’re not old enough for them yet….

SCRATCHY: Bitch, please!  I’m too awesome for that.  So, Sponkie grrl, give us that next critter request! 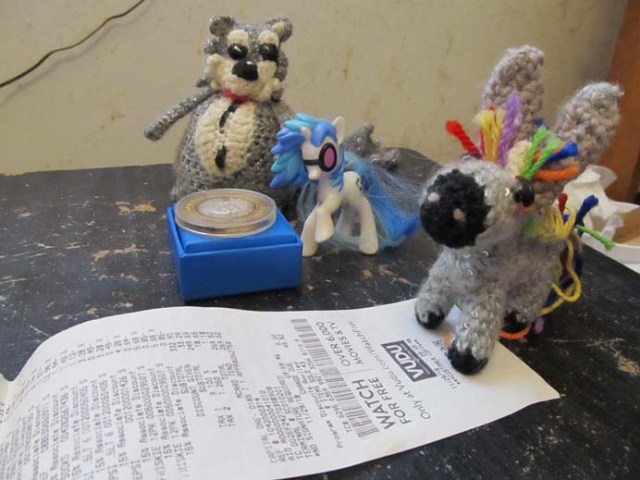 SPONKIE 2: At number five we have a request by…. Slider!

SCRATCHY: You didn’t cut his nosy ass?  He must’ve requested some shit you like then… 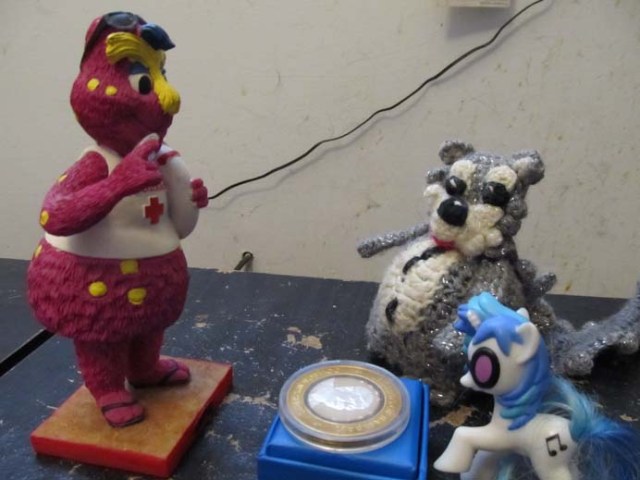 SLIDER: Slider, the politically correct mascot of the Cleveland Guardians, at your serv…

ES: Whoa!  Stop right there with that Guardians shit!  It’s the Indians, OK?  Unless you want to end up at Goodwill with all of the old lawn jockeys and “Slap a Jap” posters!

SLIDER: I’ll make a note of your insensitivity to my superiors…

SCRATCHY: You wanna just give us your request so we can get on with making the world a more fucked up place here?

SLIDER: I could do that….. but first, I’m going to have to ask you to correct all of these violations I uncovered on my visit to the Shelf.

ES: Are you fucking serious?  We don’t have time for…. 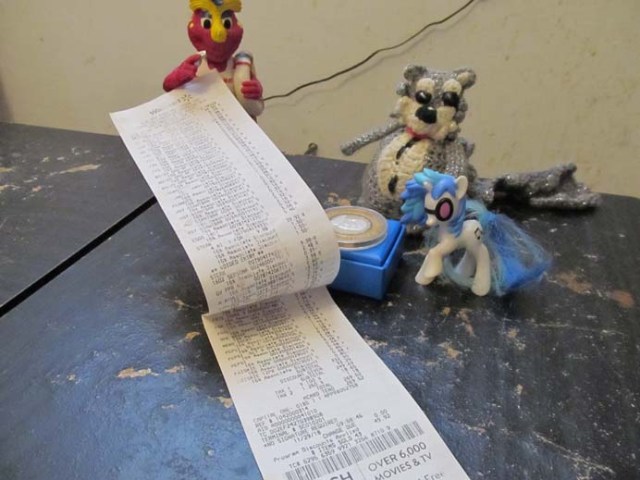 SLIDER: (Unfurling his list) And these were just in the bathroom.  Fecal matter wiped on the walls.  No soap or running water in the sink.  Water bugs nesting in the toilet paper.  Deceased fat man blocking access to the commode….

ES: Scratchy….. play his song now, and play it loud….. I don’t want anyone else to hear the screams when I murder this asshole….. 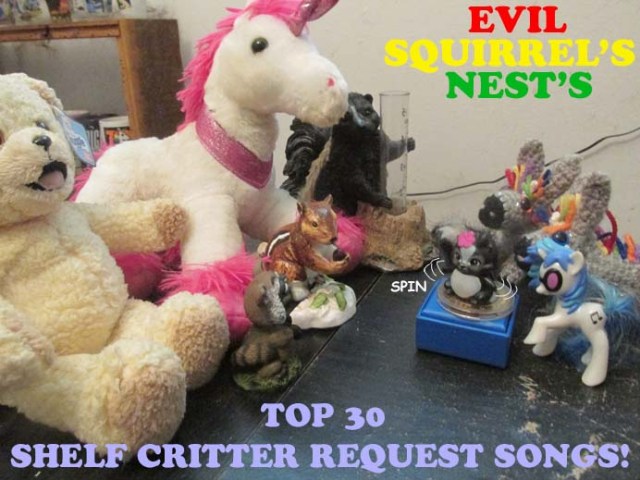 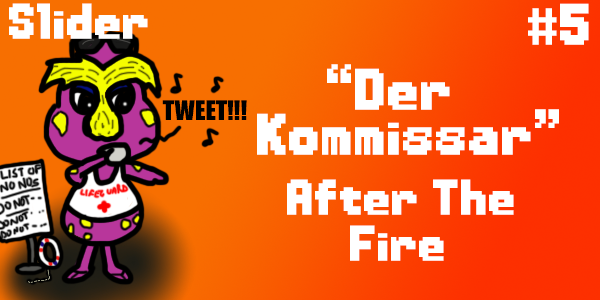 Having a song reach the Top 5 on the US Billboard pop chart is usually a cause for celebration by a band.  It’s not the easiest feat in the world, many better groups such as Dead or Alive, Twisted Sister and Devo can’t make that claim…. hell, none of them even had a Top 10 hit.

And so today The Nest presents the curious case of a British group by the name of After the Fire.  ATF formed in 1972, and was a band that embraced synth pop before it was really a thing… but it also had a revolving door of a lineup that led to instability.  One of After the Fire’s songs it recorded in 1982 literally caught fire on the American continent the following year.  This is 80’s essential new wave, folks…

“Der Kommissar” made it up to #5 in the Spring of 1983…. five months after the band decided to break up for good.  Despite “Der Kommissar” being far more successful than anything else the band had ever done (Its best single in the UK only hit #40), they couldn’t be encouraged by their record label to get back together… and never did until a reunion in 2004.  The only thing stranger than the fact that ATF didn’t realize success until after it was toast would be the original version of the song that After the Fire covered…

“Der Kommissar” was written and originally recorded by Austrian musician Falco in 1981, and I already had a ball many years ago running the horribly cheesy music video for it through the wringer.  While Falco’s version is in German, the main fault with it lies in the fact that it’s just fucking awful.  Luckily for us, After the Fire came along just before they went up in smoke and made a much MUCH better version… and Falco still managed to redeem himself by giving us “Rock Me Amadeus” in 1986… 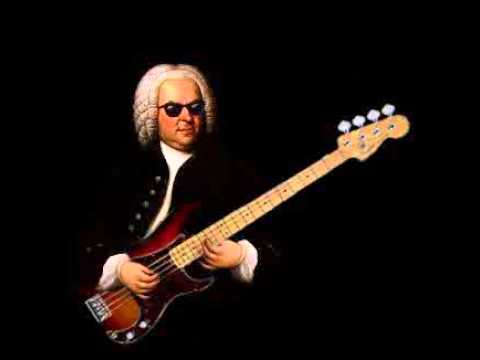 And you thought hair metal was only an 80’s thing…

There’s only four songs left in the SCT Request countdown?  Who gave me the very best songs to work with?  Keep coming back on Mondays to find out… unless you want an unwelcome visit from der kommissar.

Bored former 30-something who has nothing better to do with his life than draw cartoon squirrels.
View all posts by evilsquirrel13 →
This entry was posted in SCT Request Countdown and tagged 1983, after the fire, countdown, der kommissar, falco, music, request, sct, slider. Bookmark the permalink.