Jenny From The Block 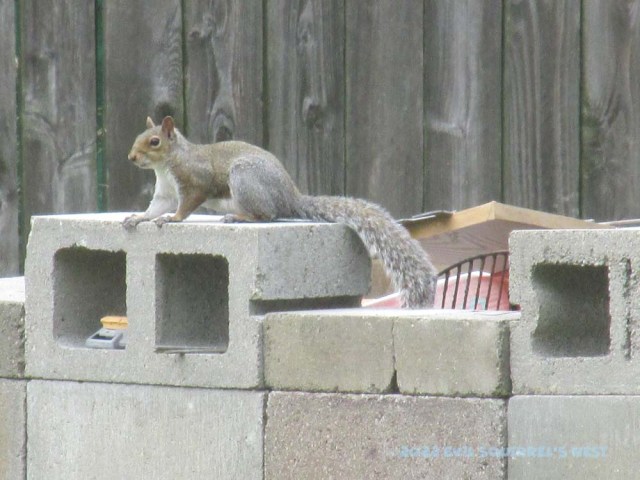 That’s not my name!

Alright, this squirrel’s name probably isn’t Jenny.  And even worse, a lot of the people

reading this won’t even be familiar with the earworm.

But that’s OK, I just needed a snappy title for this photo of a squirrel chilling out on some cinder blocks in the yard across from the ditch.

Don’t be fooled by the rocks this week’s Saturday Squirrel’s got….

Bored former 30-something who has nothing better to do with his life than draw cartoon squirrels.
View all posts by evilsquirrel13 →
This entry was posted in Saturday Squirrel and tagged squirrel, cute, photo, adorable, photography, blocks, sitting, cnder blocks, jennifer lopez. Bookmark the permalink.

13 Responses to Jenny From The Block