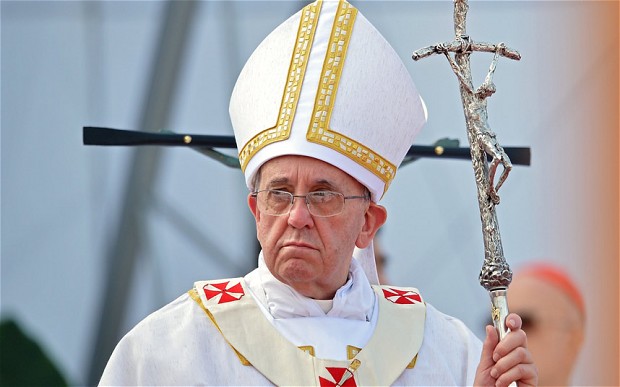 A common smartass reply when somebody questions something that should be obvious is “Well, is the Pope Catholic?”  If you’re looking for a variation on that theme, you’ll unfortunately not be able to respond with “Is the Pope celibate?” because that was apparently not always the case.  On December 22, 401, Pope Innocent I was elected to the Church’s highest office.  The man he replaced in the Vatican was Anastasius I, a guy who Innocent probably referred to as “Dad.”  It’s the only (known) instance of a son succeeding his father in the nearly two millennia long history of the Papacy.

Anyone can proclaim themselves to be Innocent.

And while I lament not being able to ride in the Popemobile, let’s instead answer this week’s Share Your World questions from Di!

How organized are you in either your working or private life?

I’m very organized and tidy at work, while I’m an utter slob whose organizational skills are on a par with Sherlock Holmes at home.  I think that stark contrast in my personality is due to the fact that I feel like tasks at work MUST be completed, which includes cleaning up at the end (and we stockers can make quiet a mess)…. whereas at home, I’m my own boss and I can unilaterally decide that shit just doesn’t have to be done!

Besides, I have Troll around to do all my dirty work.

Do you remember family birthdays or anniversaries and send cards?

Well, I don’t send cards (other than for very special occasions), but I sure as hell remember birthdays, anniversaries, and all kinds of other completely unimportant dates due to my brain’s fascination with the calendar.  Most calendar dates immediately make me recall a certain birthday or event associated with it..

Well, except for November 31st.

If you see something in a shop that is an extravagance but you can afford it, do you buy it?

It depends on how much I want it.  I can think of a couple of things I bought despite them being a bit too expensive, but that I just had to have.  Heck, among my Shelf Critters, all three of Rainy, Shadow and Mr. Fox cost around $15 each (separate purchases in separate years), but how could I not leave the store without them?

Are you looking forward to the New Year?

I have five days off from January 2nd through the 6th, so yes, I am certainly looking forward to the new year after another typical Christmas season at Mecca….

Nothing quite beats a January vacay!

Ahhhhh, the magic of Christmas……….. NOT! 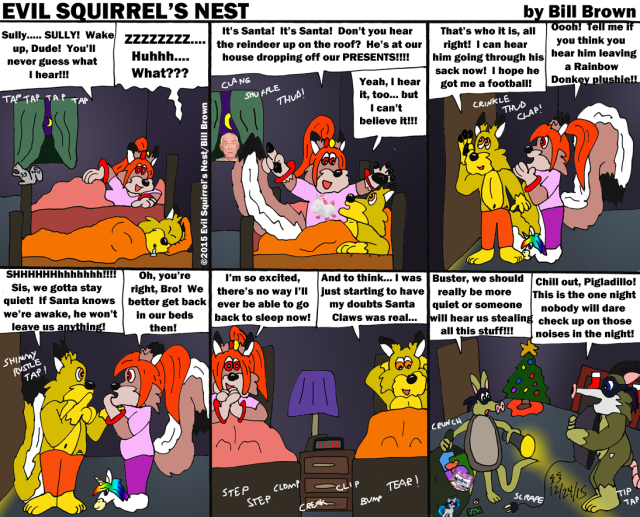 Bored former 30-something who has nothing better to do with his life than draw cartoon squirrels.
View all posts by evilsquirrel13 →
This entry was posted in Share Your World and tagged answers, pope innocent, questions, Share Your World. Bookmark the permalink.