Get Those Mechanical Pencils Ready! 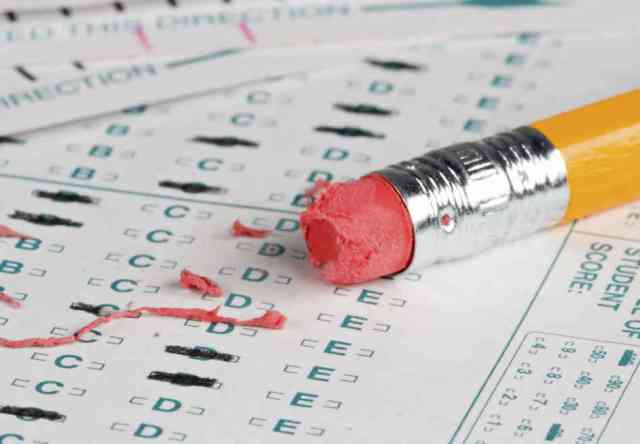 It seems like it’s been a whole week since my last post in my fascinating story of how I wound up on Who Wants To Be A Millionaire.  Oh wait, is has been a whole week!  Ha, ha!  That’s to be expected in a weekly series I guess, right?  If you missed my last thrilling installment of the journey, you can click right here to read up so that you don’t feel left out.  If you are new to the story, or just don’t pay too good of attention to anything, then you can find the whole story so far (all three parts!) if you know how to use the Category dropdown menu on my sidebar.  Surely by this point in the computer age you can at least manage that!

Yeah, so your Grandpa tried to click on the doohickey on the side of your blog, and instead hit the ad that would show him one simple trick to increasing his penis size! Oh, and don’t be calling here tonight, we won’t be available!

When we last left my fourteen years younger self, I had arrived at the WWTBAM audition, was handed my crappy mechanical pencil, flimsy cardboard and stupid form to fill out, and had myself a seat among the sea of metal folding chairs.

As was apparent in the profile form I had to fill out, the show’s producers were really looking for some live wires to fill the empty chairs in New York.  They also sought out some demographic diversity to dampen out the endless parade of middle aged white guys who had been occupying the Hot Seat.  In particular, the show’s staff was hoping to draw some interest from the African American community… at that point in the show’s run, there had been only one black Hot Seat contestant ever, out of a couple hundred.

Yeah, good luck with that….

Of the nearly 140 prospective auditioners who showed up at my session, exactly two of them were black.  They were both female, and it was hard for me to miss them, as they occupied the two chairs on either side of me.  I can’t remember why exactly they bookended me, but I thought it was funny.  I can’t remember too much about those two ladies, but in my mind, I always associate them with these two women…

It wasn’t half past ten, but shortly before nine when Sonny, the head of the audition crew, came front and center to go over the all important rules of the audition.  Sonny was probably a few years older than me at the time, and the one thing I vividly recall about him was that his hair looked like a rat’s nest.  Imagine Larry from the Three Stooges without the bald spot… that was our fearless leader Sonny. 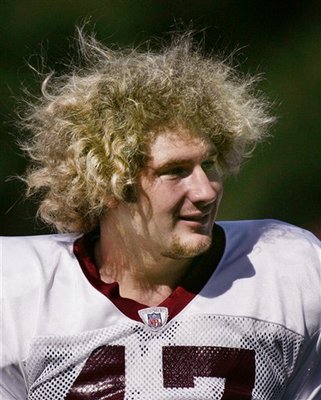 If the hair were darker, this guy could have been Sonny’s twin…

Sonny carefully explained how the test we were about to take would go.  There were 30 fastest finger style questions, we had 12 minutes to finish the test, do not turn your test paper face up until the time begins…. blah blah blah.  Oh, and don’t leave any answers blank, as you will automatically fail the test if you do so.  I can’t see any reason this rule makes sense, unless they were just testing us to see how well we could follow stupidass directions, and make sure we at least put down a wrong answer to anything we don’t know.  This is kinda like how having bad credit is somehow better than having no credit.  It doesn’t make any fucking sense!

Let’s see, two repossessions, one foreclosure, and three credit cards in default…. congratulations! You are approved for this loan!

Also, apparently at one of the earlier auditions, they had some moron who had no clue how to operate their shitty mechanical pencils… so Sonny related this story of dumbassery to the group as a warning…. THE PENCILS DO NOT USE INVISIBLE INK!  Yes, some douchebag had tried to fill out their test without clicking the pencil to extract any of the lead.  I have no doubt that had this person not wound up leaving their entire test blank and instantly failing, they would have been a shoo in to make it to New York. 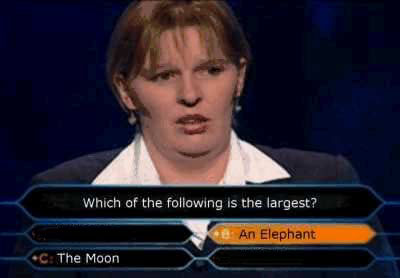 OK rules are over…. set the timer for 12 minutes…. turn over your tests and BEGIN!!!

Hey, quit sweating! At least you aren’t trying to write on a thin piece of cardboard with a dipstick…

To this day, I still recall the first of those 30 questions… it involved putting four words in order to form the title of a 1987 hit for U2.  The answer:

The rest of the test was a complete blur.  I was too busy trying to answer what I knew, while remembering to come back and fill in the ones I didn’t know before that 720 seconds ticked down.  I managed to finish 2 minutes early, so I had plenty of time to check, recheck, rerecheck, and rererecheck that all 30 questions had an answer…. any answer.  I was only confident in about half of my answers, with a handful of maybes.  The cutoff for passing was known only to the audition crew who were grading them, so as if I didn’t need any more doubt about this whole audition lingering over my head, now there was whether I would even pass the written test.

One thing was for sure… if I didn’t pass it, then none of the rest of my worries mattered… the ballgame was ovah.

And no extra innings or instant replay….

We had a brief break to destress ourselves while everyone’s tests were graded by the almighty scantron machine, but it didn’t take long for one of the crew to come back into the room with two lists in their hand.  One list had the numbers of everyone who passed the test, and the other list had the numbers of everyone who didn’t pass the test.  Each list would be read off to us, starting with the passers…

Do you remember what number I’m waiting to hear?

“OK, was there anyone who didn’t hear their number called?”

Well shit!  I didn’t hear my number on either list!  But…. but…. I do seem to recall they said “eight” twice.  Surely one of those was my eighty…. and both were on the first list.  So I called out my number to find out whether I had been on the honor roll or the dishonor roll…. 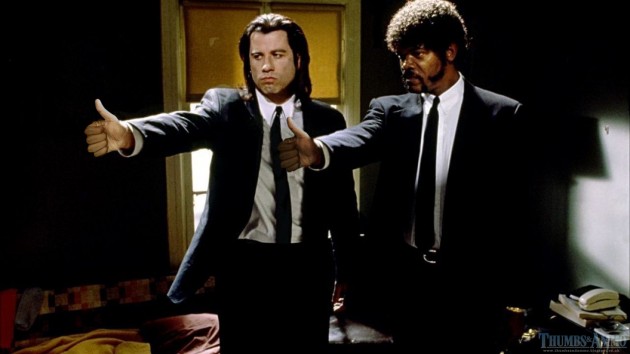 And so you know there will be a Part 4 of my saga!  Be sure to tune in next week, as I prepare for the dreaded interview!  Will I make it through this ordeal without shitting my pants, or falling asleep?

Bored former 30-something who has nothing better to do with his life than draw cartoon squirrels.
View all posts by evilsquirrel13 →
This entry was posted in Millionaire Journey and tagged abc, audition, game show, journey, millionaire, pass, saga, sonny, test, wwtbam. Bookmark the permalink.

16 Responses to Get Those Mechanical Pencils Ready!