Wake Up And Go To Sleep! 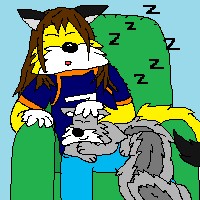 Modern medicine has the cure for almost anything that can ail the human being.  Hell, drug company researchers work tirelessly around the clock to invent new disorders they can make pills for.  This post is about a radio ad that occasionally airs on the station I listen to.  It’s a post I could have a dandy time ripping apart bit by bit with my usual brand of sarcasm, but honestly, it’s such a softball that all I can do is offer it up and allow you to make your own jokes….

Commercials for prescription drugs can be quite hilarious, because they are required by law to list all of the possible side effects of the drug.  I’ve had fun with this before (ESN fun fact: that is my last comic strip which did NOT feature a cameo by Buster).

Without further adieu, here is the radio ad for a prescription drug called “NuVigil”, which is supposed to treat people suffering from “shift work disorder” who have trouble sleeping due to the weird hours they work.  I found it on YouTube paired together with this absolutely hilarious animation someone added to it that makes it so funny, you might need to take a suppository for incontinence beforehand.  Behold this masterpiece modern miracle of medicine!

And I swear to God this radio ad is real!!!! 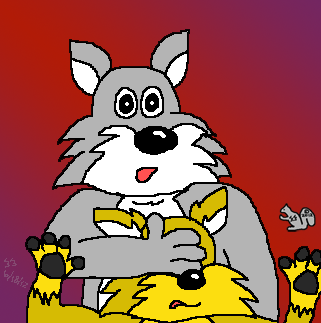 Bored former 30-something who has nothing better to do with his life than draw cartoon squirrels.
View all posts by evilsquirrel13 →
This entry was posted in Squirrel Droppings and tagged ad, commercial, drug, funny, hilarious, insomnia, new vigil, nuvigil, prescription, radio, shift work disorder, sleeping. Bookmark the permalink.

20 Responses to Wake Up And Go To Sleep!