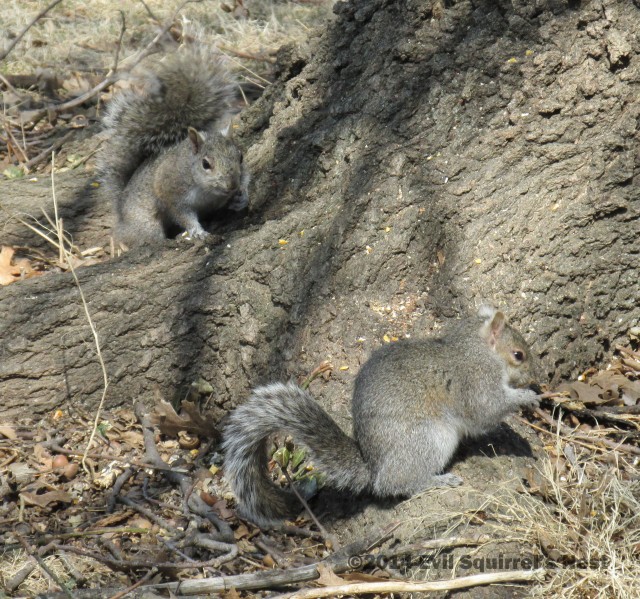 There may not seem to be a whole lot that’s extra special about this photo… other than the fact that it contains two cute squirrels and that the one in the background seems to have some kind of bone (or perhaps a nut) to pick with the other one.  This may be cheating for the purposes of this photo countdown, but I don’t care… because after all, everything still had to be just right to be able to turn this seemingly ordinary backyard scene into something much more sinister with one, single, small Photoshop edit… 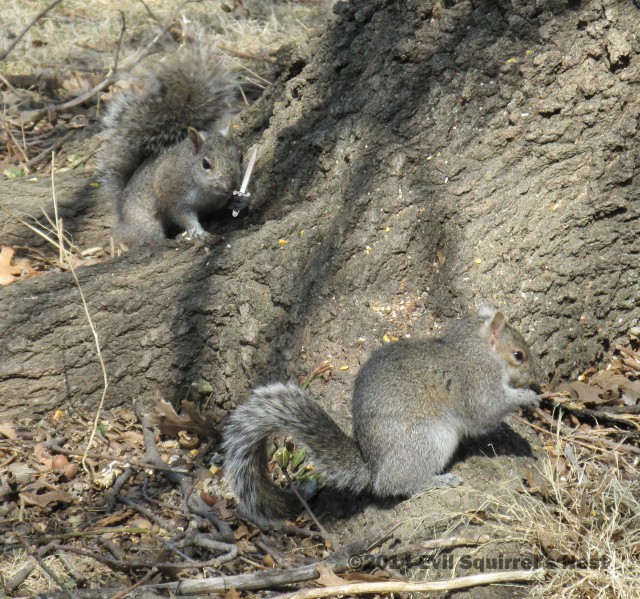 I absolutely love this Caesar and Brutus re-enactment!  It actually looks like a more realistic photo than the original.  I made it an Ides of March themed Saturday Squirrel feature four years ago, and have reused this backstabbing squirrel in other posts since then because it’s just that awesome!

Incidentally, you’ll see these exact same two squirrels in about two weeks in a much, much different kind of scene…..

Bored former 30-something who has nothing better to do with his life than draw cartoon squirrels.
View all posts by evilsquirrel13 →
This entry was posted in My Top 200 Photos and tagged brutus, caesar, dagger, ides of march, knife, photo, photography, squirrel, squirrels. Bookmark the permalink.