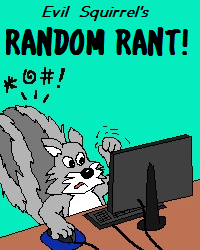 Remember back in the 1990’s when cellular phones (Who even uses the word “cellular” anymore?) were first coming into existence?  They were big enough to bludgeon a man to death, but the idea that you could carry around your own phone and call up someone from anywhere a cell tower could reach was a pretty nifty idea.  Are you in that mindset?  Shouldn’t be too hard, it was just 15-20 years ago.

Just think of this guy. Remember when our President actually would make the news because he was cooler than you were?

OK, now think about what you see when you go out on the streets today.  Did you ever dream that not even two full decades later, this scene would be common?:

They’d never see that bullet train coming, and nobody would care…

Has any technology in the history of man advanced so far in such a short period of time as the damn cell phone?  15 years ago, it was something that was nice to have in an emergency.  Today, they actually have a term for people who are deathly afraid of ever being without their cell phone…. it’s called nomophobia.

Not to be confused with gnomophobia, the fear of lawn ornaments.

Every year some research group polls the public about their cell phones, and each year the numbers get more and more scary.  That story I linked to puts the new percentage at SIXTY-SEVEN percent of people are afraid to lose or be without their cell phones.  Most of those people should know better, because hardly any of them even had a cell phone twenty years ago, and you know what… we all survived just fine without them!

It started with the camera, or at least that’s what I blame for the highway to hell the cell phone industry put us on.  Why in the hell anyone really needs a camera built into a cellular phone is beyond me, but the public went apeshit over them.  Pretty soon, texting became all the rage.  Tweens and those with the mentality of tweens would spend hours texting each other while sitting side by side at some event they really wanted no part of anyway.

Hey jackoff! There’s a foul ball coming. You may want to use your WebMD app to find out how to cure your upcoming concussion.

The ultimate groin kick to the civilized world, however, came in the form of the smart phone.  Now you practically have a portable pocket sized laptop computer at your disposal that wcan do pretty much everything but wipe your butt for you…. unless maybe there’s actually an app for that as well.  I don’t know, and I don’t want to know.

Remember the days when people would meet on the street, or in a waiting room, or wherever and actually, you know, chat each other up while they had idle time.  The cell phone revolution has made those days as extinct as the stegosaurus.  Now everyone spends their idle time messing around on their phones, checking out their Facebook or Twitter accounts (speaking of the death of civilization) or texting friends they somehow were able to make probably while their phone batteries were charging.  The cell phone has become the most effective weapon for the person who does not want to be bothered.  Making eye contact with strangers has finally become a thing of the past!

Bruce Chen is not amused.

Cellageddon is not quite upon us yet…. but its time is nigh.  Guess how old those people are who were born when cell phones were just coming out.  Ugh, we now have an entire generation of people in this world, and entering adulthood, who have no idea what life was like before cell phones ruined everything.  Try telling a young 20-something they can’t use their cell phone at work or listen to their iPod, and you’d think they thought you asked them to please stop breathing.  Cell phones have gone from being a luxury, to a fad, to a necessity, to now being an inalienable right to many.  The right people believe they have to use their cellular devices wherever and whenever they want to is quickly taking over the top spot on the “It may as well be in the Constitution” list from the right to drive however and under whatever condition I feel.  What’s scary is that both of these collide with the latest dangerous trend out there today, texting and driving.  Anyone think this is ever going to be curbed given that we’re telling people to not mix two of their faux-God given rights?

Sorry ma’am, but after 42 warnings, we’re going to HAVE to ticket you this time.

If it seems like I hate cell phones, it’s because I do.  I do have one, a gift from my mother back in 2006 after I walked 2 miles home when I got a flat tire. 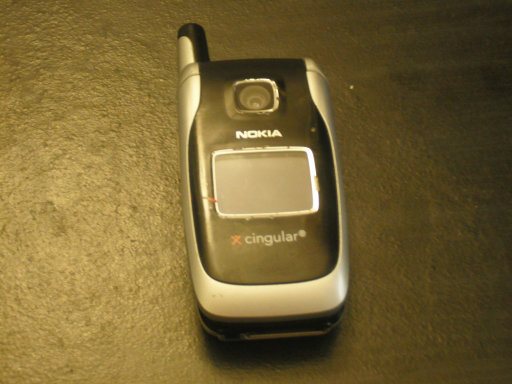 That’s it. Yep, it still has the orange Cingular dude on the screen when I turn it on. A fucking classic.

I still have that piece of junk today, though it mostly sits in the cubbyhole on my computer desk turned off and collecting dust.  If I’m driving in town, I don’t even bring it with me.  I do not bring it to work with me.  I have never sent a text message on it, and only used the camera on it once out of curiosity.  I refuse to use it for anything but what it was originally intended for, and with any luck, that will qualify me for the upcoming Cellageddon rapture… 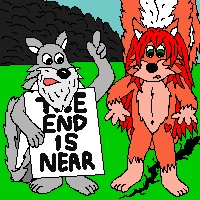 Bored former 30-something who has nothing better to do with his life than draw cartoon squirrels.
View all posts by evilsquirrel13 →
This entry was posted in Random Rants and tagged app, armageddon, camera, cell, cell phones, end, evil, facebook, fear, smartphone, texting, twitter, wireless. Bookmark the permalink.